The 55-year-old had guided the Thunders since 2004, leading the Seoul-based team to the KBL playoffs for the seventh straight year.

Ahn decided to step down after the team was eliminated in the first round of the playoffs, losing to KCC Egis this week.

After his resignation, several names have been tossed into the discussion of who will guide the team next season. Former Thunders captain Lee is thought to be one of the strongest candidates, according to news reports.

The 39-year-old Lee played for the Thunders from 2007 until last season before retiring from the KBL. 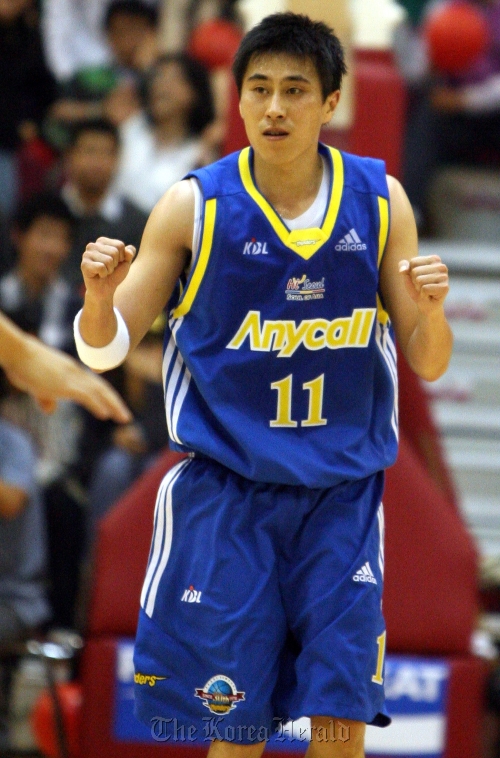 Former national team point guard Lee Sang-min (Korea Herald file)
Lee is one of the biggest stars in the KBL history. Throughout his 13-year career, he won three championships titles with KCC Egis and took home the MVP trophy twice.

Since the all-star fan voting first introduced in 2001, Lee had always been the fan’s top choice every year. He still boasts the biggest and the most solid fan base in the KBL.

Reports say his return will help boost the league popularity, but Lee noted on Friday that he had not yet received an official offer from the team. Lee is currently staying in the United States for coaching experience. He was quoted by local sports papers that he would be “careful” before making any decision.

“If the team offers me the job I’ll have to think carefully. It’ll be a hard decision,” he said.