Established in September 2000, Renault Samsung’s exports have grown at a rate unseen among Korean carmakers with annual exports seeing 603-fold growth between 2000 and 2010.

According to Renault Samsung’s director of overseas sales, Nah Ki-sung, the changes mean more than a simple diversification of revenue sources.

“It raises Renault Samsung’s status within the Renault-Nissan Alliance, which is seeking to balance growth between domestic sales and exports, while making significant contributions to improving its image as a global company,” Nah said.

“In particular, it is proving to be a good opportunity for strengthening our position as Renault Group’s hub in Asia.”

He added that the rise in exports is also evidence of the synergy effect generated by the collaboration of Renault Samsung with its parent firm that spans all processes, from developing new models and sales to after sales services.

The company, which had relied on the domestic market in the early years for almost all of its sales, began a drive to push up exports in 2006 when the SM3 compact car was exported for the first time under the Nissan brand.

Since then, exports have come to account for an increasingly larger proportion of Renault Samsung’s sales, going from 1.5 percent in 2000 to 43 percent last year.

“I am confident that Renault Samsung’s export business is setting a role model for the automotive industry,” Nah said.

Having served as the director of development for the sport utility vehicle QM5 and the New SM3 compact car, Nah also has detailed knowledge of Renault Samsung’s role in developing new models sold as Nissan or Renault vehicles in overseas markets.

As such, Nah says that the process in place at Renault Samsung is very different from other similar companies. 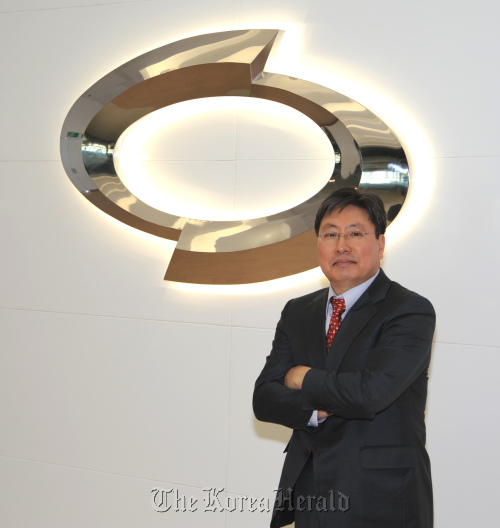 Nah Ki-sung
“It is 100 percent different from bringing in models that are already available abroad and assembling them according to given directions,” Nah said. He said that QM5, Renault’s first SUV, was developed in collaboration with Renault Samsung, while the company’s top export model SM3 uses the company’s design and engineering.

“In this respect, Renault Samsung’s exports operations are different from those of original equipment manufacturers; it makes the company more than a simple production base.” 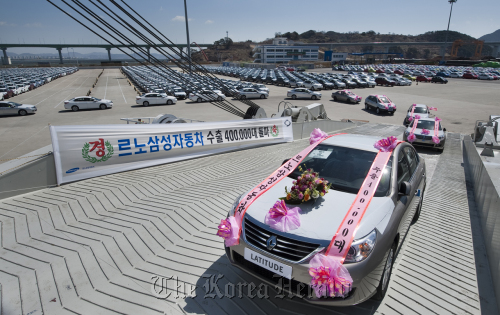 According to the company, its largest export destination for last year was Saudi Arabia, which accounted for 19 percent of its exports.

The company also counts Mexico and France among its top six export destinations.

The process of developing new models is not the only thing that sets Renault Samsung’s export operations apart from other Korean carmakers.

While Korean automobiles tend to be cheaper in overseas markets than on the domestic market due a number of reasons, including Korea’s tax system, Renault Samsung’s SM5 midsized sedan is different in that its price in Europe was set much higher.

“The pricing shows that the model is approved as a high quality sedan, and the Renault Group considers the SM5, exported as Latitude, as an important step in deciding the group’s image in the future,” Nah said.

Nah also said that its vehicles sold abroad are essentially the same as those sold here with the exception of features specific to different markets such as thicker coating on the underside of vehicles sold in snowy regions, and brake pads with higher heat resistance in hotter climates.

Korean carmakers have often been criticized for including additional features such as extra airbags in exported vehicles.