The packaged power stations will be used to supply power to the cooling system at the damaged Fukushima Daiichi nuclear complex, the company said. 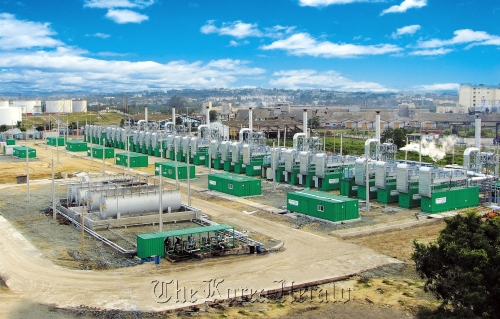 Hyundai Heavy Industries’ packaged power stations installed in Cuba. (Hyundai Heavy Industries)
According to the shipbuilder, the decision came after its majority shareholder, Rep. Chung Mong-joon of the Grand National Party, suggested to Prime Minister Kim Hwang-sik that Hyundai Heavy was in a position to supply this type of equipment to Japan more rapidly than U.S.-based organizations.

The company also said that it will provide additional packaged power stations if required.

According to the Foreign Ministry, the Japanese government has welcomed the offer, and involved parties agreed to ship the equipment to Japan within the next 10 days.