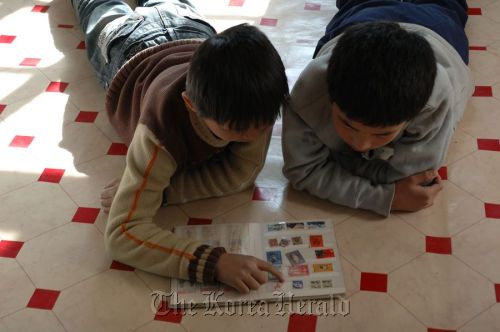 Drama. Directed by Zhang Lu. Chang-ho (Choi Geon) is a young ethnic Korean boy living in a Chinese province that shares its border with Hamgyeong Province in North Korea. His mother works in South Korea to support the family and Chang-ho lives with his grandfather and his older sister, a mute. He likes to play soccer and is extremely protective of his sister. While playing outside, Chang-ho happens to run into Jeong-jin (Lee Gyeong-lim), a North Korean boy who often crosses the border -- through the Duman River -- in secret to find food in Chang-ho’s town. Finding out Jeong-jin is good at soccer, and that his younger sister is severely ill, Chang-ho soon opens up to Jeong-jin and asks him to join his team for a soccer game against another junior team. Chang-ho turns against every North Korean defector in town -- including Jeong-jin -- when a North Korean rapes his sister and impregnates her. Jeong-jin tells Chang-ho that he’ll keep his promise regardless. On the day of the soccer game, Jeong-jin risks his life to cross the river and keep his promise to Chang-ho. 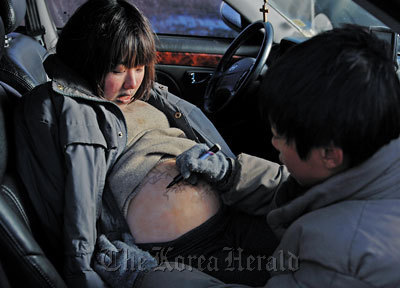 Mystery, fantasy. Directed by Jo Sung-hee. Soon-young (Lee Min-ji), whose baby is due in a month, is on her way to her hometown to give birth. When she gets in a cab, an unknown man (Park Hae-il) wearing a baseball cap joins her. He tells Soon-young and the driver that there will be a major blackout soon and an angel will come down from heaven. About a few seconds later, the car stops and Soon-young and the driver lose consciousness. When Soon-young wakes up, there is no one in the car and her cellphone does not work. She walks alone to the closest rest area. Will Soon-young manage to safely give birth to her baby? 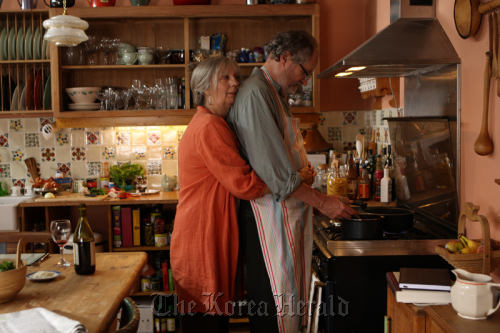 Drama. Directed by Mike Leigh. Tom (Jim Broadbent) and Gerri (Ruth Sheen) are a couple drifting past middle age into their 60s; he’s a geologist and she’s a psychotherapist. They have a stable and happy marriage and a grown son, Joe (Oliver Maltman), an activist lawyer who hasn’t settled down yet, much to his mother’s chagrin. One of Gerri’s co-workers and close friends is Mary (Lesley Manville), who puts up a facade of desperate good cheer despite the fact she’s been very lonely since her husband left her and has been drowning her anxieties in wine. Gerri has unsuccessfully tried to fix Mary up with Tom’s sloppy but good natured pal Ken (Peter Wight), and she’s startled when Mary begins openly flirting with Joe, more than 20 years her junior. Mary’s troubles only grow worse when she stops by Tom and Gerri’s place only to be introduced to Katie (Karina Fernandez), Joe’s new girlfriend.

The Girl Who Leapt Through Time (Japan) 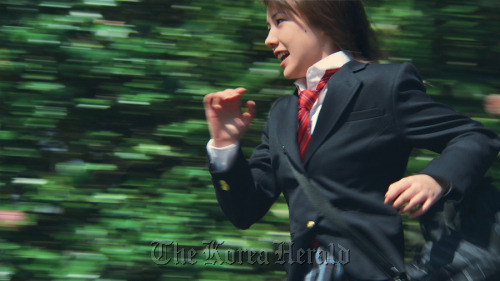 Fantasy. Directed by Masaaki Taniguchi. Quirky high school student Akari Yoshiyama (Riisa Naka) lives alone with her mother, Kazuko (Narumi Yasuda). Kazuko, who works as a pharmaceutical researcher, secretly develops a formula for time travel. When Kazuko falls into a coma after a car accident, Akari learns about her mother’s first love, Kazuo Fukamachi (Kanji Ishimaru), from Kazuko’s close friend. Firmly believing that finding Kazuo will allow her mother to regain consciousness, Akari uses her mother’s formula to travel back in time to the 1970s in the hopes of finding a younger Kazuo. Yet Akari falls in love with a boy named Ryota Mizorogi (Nakao Akiyoshi) while trying to search for Kazuo. Akari knows she must eventually return to the future, but cannot help wanting to stay with Ryota in the past. 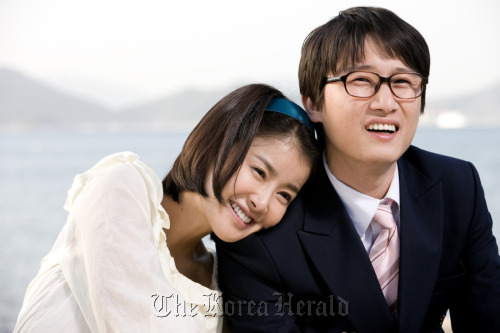 Comedy. Directed by Kim Jin-young. Hyun-joon (Song Sae-byeok) is an unsophisticated, naive cartoonist born and raised in Jeolla Province. His girlfriend, Da-hong (Lee Si-young), has a strict father who was born in Gyeongsang Province. Being the typical, gruff man of Gyeongsang, Da-hong’s father has his own sets of prejudice against the people of Jeolla and would never allow his daughter to marry a man of that origin. Not willing to give up on Da-hong because of his background, Hyun-joon makes a plan to meet her parents after going through a series of transformation to present himself as a refined Seoul man. He first tames his Jeolla accent and gets himself an expensive suit. Will Hyun-joon be able to hide his origin and marry Da-hong in the end?