There is a lot to like in “Couture in the 21st Century,” a collection of essays by prominent fashion designers edited by Deborah Bee, and produced in conjunction with the British department store, Harrods.

It’s an excellent way to get a feel for the history of the century-and-a-half -old fashion industry started by Charles Worth in the mid-1800s.

However, it also provides some stark contrasts between the past and the present that might have been inadvertent.

What is “haute couture”? As Bee points out in her introduction, there really isn’t a definition for it. Each designer defines the term differently.

For Giorgio Armani, “couture is fashion in its purest form ... Haute couture is magic ― that is certainly true. But it is also a dress.”

Elie Saab says “Couture allows you to go far with your ideas. There is no limit, no ceiling to the budget ... You can dream.”

Thakoon defines it this way: “For me, haute couture is all about construction. I admire the handwork that goes into the detail of any couture garment ― the embroidery or lacework.”

The legendary Oscar de la Renta says he hasn’t done haute couture since 2002, and now he does “expensive ready-to-wear.” His definition of couture? “Haute couture is a custom-made garment. It is specifically made for a client.” 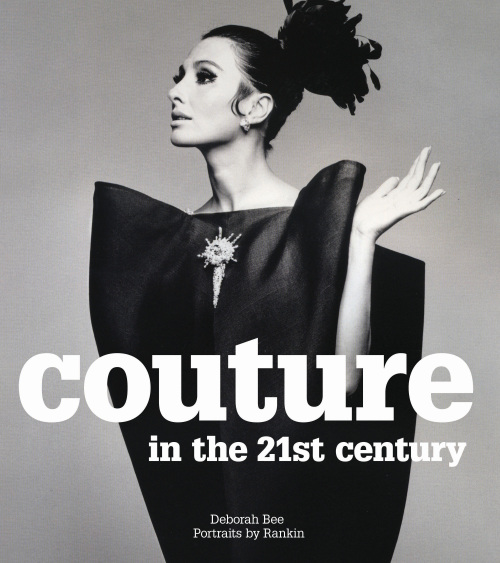 “Couture in the 21st Century” edited by Deborah Bee, (A&C Black Visual Arts/Bloomsbury Academic & Professional) is a collection of essays by major fashion designers. (MCT)
Bee’s slew of historical photographs of famous couture dresses and accessories have the unfortunate side effect of showing how impressive the past was and how unimpressive so much of the present is.

Reading the introduction is a must so you know who the designers are citing as their muses. The greats of yesteryear ― Worth, Coco Chanel, Madame Gres, Paul Poiret, Madeleine Vionnet, Jeanne Lavin and Elsa Schiaparelli ― might be familiar only to historians and fashion buffs, but their inspiration led the way to modern great couture houses. Included in “Couture” are several two-page spreads on the most famous of these ― Chanel, Christian Dior, Balenciaga, Givenchy and others. 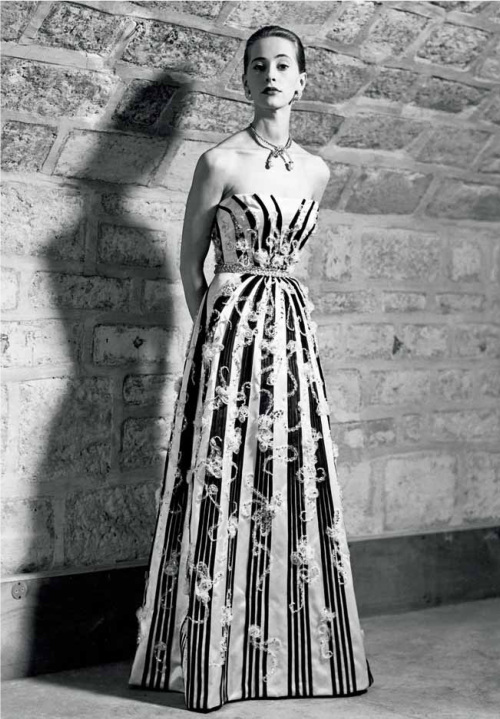 A black and white strapless gown by Balenciaga, 1946 appears in “Couture in the 21st Century” edited by Deborah Bee.   (MCT)
Some famous designers are missing ― the late Alexander McQueen and the now-infamous John Galliano among others. Both are cited as major influences by others’ essays. It’s a small incestuous world at the top of fashion.

Virtually all the designers point out the couture industry has shrunk. Originally it was filled with dressmaking specialists working to the highest possible standard ― a standard that helped define couture. Thakoon notes “I would love to be able to afford the luxury of creating couture. But you can only do so much before raising the price astronomically. Customization is a luxury.”

So what you’ll remember about “Couture in the 21st Century?” The stunning dresses of the past. That’s a pity since even now in the 21st century, women want a beautiful dress.