The nation’s fourth-largest financial group is poised to take over KEB and its executive recommendation committee proposed to the group’s board members that Yun head the new banking unit.

The appointment must win approval from KEB’s current largest shareholder Lone Star Funds at the bank’s board meeting, slated for late this week.

Yun is a long-time veteran in finance, beginning his career at the Finance Ministry after passing the High Civil Service Examination in the 1970s. 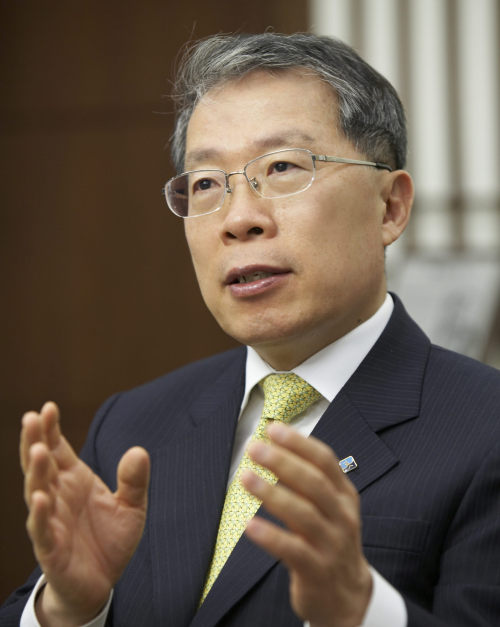 Yun Yong-ro
While serving with IBK, he has been credited for effectively overcoming the difficulties of small- and mid-sized enterprises during the 2008-2009 global financial crisis.

While other commercial banks had struggled due to their excessive competition for growth, IBK showed its commitment to help SMEs in times of economic difficulties.

Under Yun’s commitment, IBK has formed a private equity fund to push for restructuring of about 300 SMEs.

If Yun receives the final nod at the KEB’s annual shareholders meeting slated for March 29, he will replace Larry Klane, who has headed the KEB since 2009.

Hana Financial signed a deal with Lone Star in November to buy the fund’s 51.02 percent stake in KEB and has raised enough money to pay the 4.69 trillion won purchase price.

The group has only to win the financial regulator FSC’s approval for the transaction to officially become the owner of KEB.

The FSC is expected to endorse the group’s planned takeover of the bank as early as later this month.