“The product plan will be principally based on production of C and D segment cars, SUVs and light commercial vehicles,” Fiat said in a statement Friday. “The Fiat and Jeep brands will be the mainstays of the project.” Sollers signed an agreement with Ford Motor Co. after talks with Fiat ended. 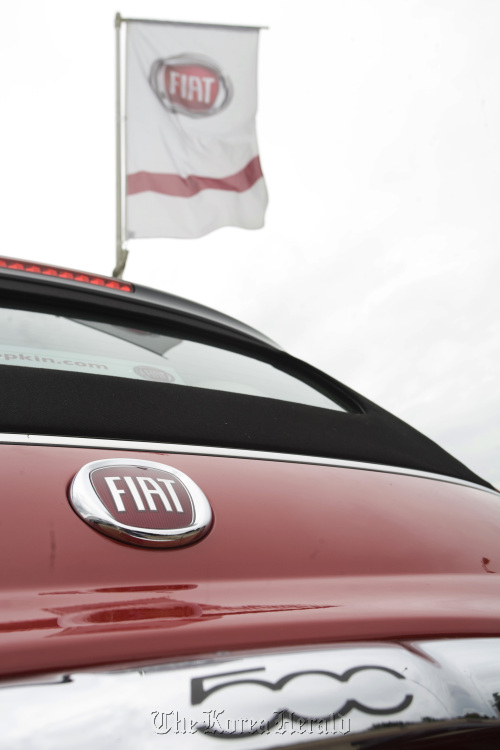 A Fiat flag flies above a Fiat automobile. (Bloomberg)
Russia may become the world’s sixth-largest auto market in 2020, with 4 million deliveries a year, the Boston Consulting Group said in a report earlier this month. The nation is now the world’s 10th-largest car market, with 1.9 million annual sales, according to the Boston-based consulting firm.

Ford Sollers will manufacture Ford vehicles at plants in St. Petersburg and the Republic of Tatarstan, east of Moscow, starting this year. Ford and Sollers will each own half of the venture, the companies said. Sollers also makes vehicles in Russia for Ssangyong Motor Co. and Isuzu Motors Ltd.

Russian car sales may advance about 16 percent to as many as 2.2 million units in 2011, Marcus Osegowitsch, VW’s Russia chief, said last month. A stable ruble, broadening consumer confidence and improved credit conditions may continue to drive demand, he said.