Yang, who won the 2009 PGA Championship in a ground-breaking effort, advanced on Thursday in emphatic style when he beat 2009 British Open champion Stewart Cink 4 and 3 in the second round of the $8.5 million event at Dove Mountain.

“I think Stewart had an off day,” said Yang.

“His first tee shot went out of the fairway, so I changed my tactic. I usually play aggressive but I just tied to pace myself and see what Stewart would do.

”I played a little defensive and conservative, compared to other times I played match play, and it fared quite well.” 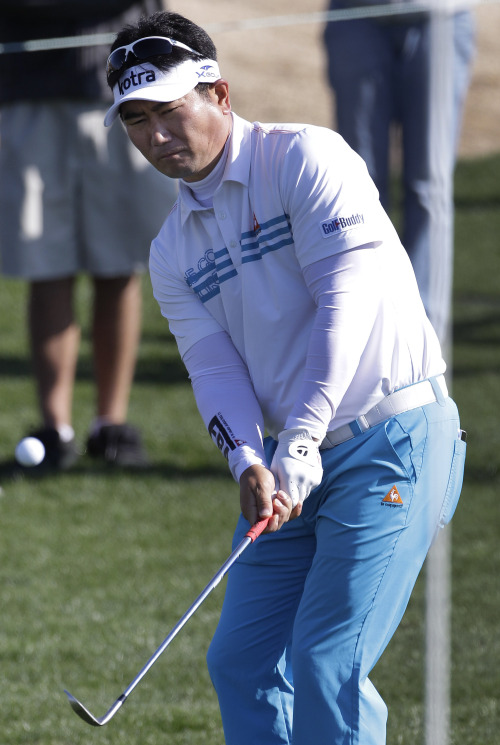 Yang Yong-eun
Stewart, the 2008 WGC Match-Play runner-up, conceded the first hole after spraying his drive into the desert, but he won the third hole to square the match.

Yang, however, quickly won the next two holes due to Stewart’s poor play and was never behind after that.

Yang, who will meet reigning U.S. Open champion Graeme McDowell of Northern Ireland in Friday’s third round, radiated calmness when asked about the match.

“I try to be grounded and if I have a good day and my opponent has a bad day, then so be it,” Yang said.

“I just play within my game. I don’t try to over-excel. Sometimes I do and that’s when I make mistakes.”

K.J. Choi, the other South Korean player to win a first-round match on Wednesday, bowed out in the second round, beaten 5 and 4 by American Ryan Moore.