Bilateral relations between Kuwait and South Korea have grown and expanded in various fields since the official diplomatic relationship between the State of Kuwait and the Republic of Korea was established in June 1979.

Kuwait has especially maintained a close relationship with the Republic of Korea on the economic front. In 2010, bilateral trade volume reached $11.9 billion, proving that South Korea is one of Kuwait’s major trading partners. 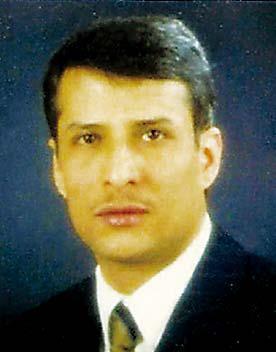 Amb. Muteb Al-Mutoteh
Korean companies have succeeded in winning numerous bids worth billions of dollars in constructing oil infrastructure, and expanding the oil ports construction field. These Korean companies have succeeded in bidding for an oil gathering project in Al-Ahmadi governorate worth $2.85 billion and also for expanding Al-Ahmadi port with $850 million. In addition, back in Kuwait, a number of small, medium and large size Korean companies are actively participating in key state-run projects in Kuwait.

South Korea, as one of the largest customers of Kuwait oil and oil products, imports more than 300,000 barrels a day from Kuwait. In exchange, Kuwait oil tanker companies have asked Daewoo Shipbuilding & Marine Engineering to construct oil and gas tankers for Kuwait. Furthermore, the Kuwait government and companies have ordered various construction projects through Korean companies such as SK and Hyundai Engineering & Construction. The economic cooperation between the two countries is mutually beneficial to both countries and generates significant synergies, and greatly contributes to the co-prosperity of the two friendly countries.

In 2010, numerous visits in various fields between the two countries also contributed deeply to the development of the bilateral relations. The Kuwaiti delegation for ROK-Kuwait IT Cooperative Council Meeting visited Korea in February. The Honorable Abdallah Yusif Al-Romi, vice speaker of Kuwait National Assembly and president of the Kuwait-Korea Parliamentarians’ Friendship Committee, visited Korea in April. The Kuwait Red Palace Traditional Performance Group performed at the National Theater of Korea in May and the chairman of the Arab Scout Parliamentary Union visited Korea in November to attend the 6th World Scout Parliamentary Union Meeting. Abdul Mohsen Al-Mazidi, undersecretary of the Ministry of Communication of Kuwait, also visited Korea to attend the 17th ITS World Congress Busan 2010. Kuwaiti artists also participated in the Seoul International Art Festival Korea-Middle East held in November. The secretary-general of Kuwait National Nuclear Energy Committee also visited Korea in December, to mention a few visits.

With regional cooperation in the Gulf region enhanced, the Gulf Cooperation Council composed of Kuwait, Bahrain, Oman, Qatar, Saudi Arabia and UAE, hosted GCC Days in Seoul from Feb. 10 to 11 to increase understanding of the region for Koreans. This is the first GCC event in an Asian country and shows the closeness of the relationship between the two regions. With these efforts made by the two countries, I am sure that the friendly relations between the two countries will continue to grow and prosper.

I would like to express my sincere hope that the people and the government of the Republic of Korea continue to enjoy peace, stability and prosperity.