The regulator said it issued a “caution” against Kim, who had served for Hana Bank as CEO, for being careless about the bank’s investment in U.S. stocks and bonds in 2008. 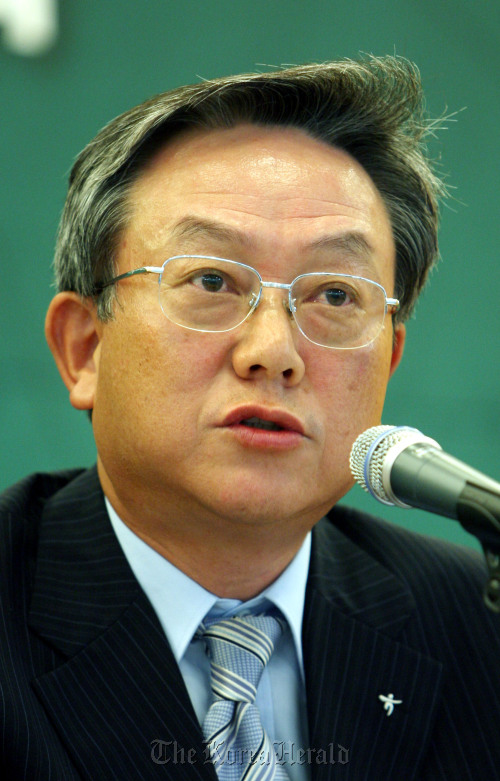 Kim Jong-yeol
Several staffers of the bank were also subject to regulatory sanctions, such as warnings and “having their salary cut down,” for the same case, FSS officials said.

The bank saw its losses come to about 13.4 billion won ($11.9 million) after investing 47 billion won in the U.S. market despite then-unfavorable situation under which symptoms for a financial crisis were emerging, according to the FSS.

Apart from the sanction on several management figures, Hana Bank was also issued a “caution” for engaging in improper selling of bancassurance products.

In its probe of Hana Bank between June and July 2010, FSS inspectors uncovered that the bank had hired ineligible salespeople to attract customers for the developed type of insurance products.

“We set the punishment levels by convening the Sanctions Review Committee on Jan. 27 and Governor Kim Jong-chang endorsed the decision last week,” an FSS official said.

Right after officially notifying the bank of its disciplinary action on the day, the financial watchdog made public the case on its website.

A Hana Bank spokesman said, “We have nothing to comment on the case officially.”