[ The Korea Herald – Send E-mail ]
Organ donations spread during second year since cardinal’s death
By 김경호
Published : Feb 15, 2011 - 19:37
Updated : Feb 15, 2011 - 19:37
As the nation marks the second anniversary of the death of Cardinal Stephen Kim Sou-hwan, which falls on Wednesday, a government agency said Tuesday that the number of organ donation pledges in South Korea exceeded the 100,000 mark for the second straight year, apparently influenced by a precedent set by the late cardinal.

According to the Korean Network for Organ Sharing, a total of 124,300 South Koreans made written pledges to donate their organs after death last year, down from some 185,000 pledges in 2009, the year Cardinal Kim died at the age of 86.

Despite the decrease, the figure is still much higher than previous years, representing at least a 50 percent increase from before 2008, said an official from the KONOS. 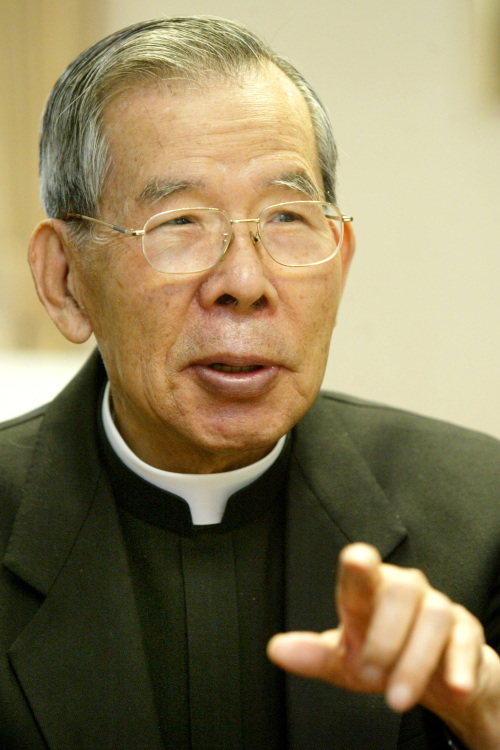 The late Cardinal Kim
“Cardinal Kim’s donation greatly changed the social atmosphere,” said the official. “We expect that the number of donation pledges will steadily rise in the long term.”

The late cardinal, who was respected by Catholics and non-Catholics alike, had deeply inspired the public by donating his eyes to two patients. He had pledged to donate his organs as early as 1990, desiring to “give everything and leave with nothing.”

The group said the public campaign to promote organ donations will continue its upward trend, powered by Cardinal Kim’s choice.

“It’s important that sharing of life is a good deed. In line with this, religious circles and private organizations’ efforts to increase organ donation will expand the base of donation,” said Yoon Kyung-joon from the group. (Yonhap News)