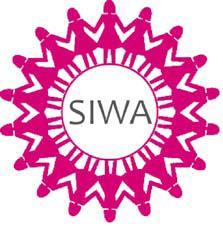 ● Name of Club: Seoul International Women’s Association
● Location(s): Itaewon, Seoul
● Number of members: More than 500 members from over 50 different countries
● Started: In 1956, when 47 expatriate women formed the Sojourners’ club. In 1961, the club opened to Korean members. In 1962, the name was changed to Seoul International Women’s Association to show that the group is open to all nationalities.

Who is it for? Korean and expat women

What goes on? Regular Coffee Mornings are held on the third Wednesday of each month, which feature guest speakers.

Newcomers’ Coffee Mornings are held the first Wednesday of every month to help new arrivals to Seoul. SIWA strives to help newcomers feel welcome and to connect with people and activities in the community.

Twice a year, we offer sign-ups for our Enrichment Classes, which offer over 30 courses from professionals in the arts, cooking, culture and more.

There are 4 to 8 tours each month, including museum and factory tours, hiking and skiing tours, and cooking classes.

SIWA publishes Discovery, a bi-monthly magazine for our members which includes articles, photos, and important news.

We also offer many clubs for members to take part in such as Moms ‘n’ Tots, 2 Book Clubs and the Cultural Connection.

SIWA supports over 40 charities in Korea, including orphanages, shelters for abused women, rehabilitation centers, homes for the mentally ill and hospices. The Welfare committee members visit the charities that request money from us and make recommendations on how the funds raised from events are spent.

Plans for the future? We hope to attract more members and raise as much money as possible for the charities we support. Someday, we want to register with the government as a welfare organization.

How to join? Register at any of our monthly coffee mornings, newcomers meetings or complete the on-line membership form.

Are there any membership fees? 60,000 won per year. Membership gives discounts on SIWA events, gives full access to clubs and the website, including classifieds, and includes a subscription to Discovery.

What is the highlight of the year for your club?

The Bazaar and the Gala. These are fundraising events to support charities and together raise 150-200 million won per year.

Every year more than 200 sponsors support the Bazaar with cash or goods, or by donating services.

The Gala is every March and it provides cocktails, dinner, an open bar, dance and a charity silent auction. This year, the Gala is on March 12th.

More information can be found on the SIWA site, www.siwapage.com.