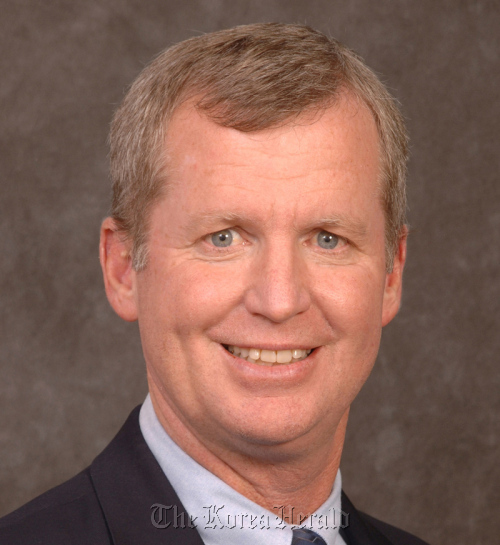 Gaines also expressed interest in the stake-selling at the Korea Aerospace Industries, labeling it a “major partner and supplier.”

He stated that the firm will keep a close eye on KAI’s public offering coming up in June, however, added that it currently has “no plans at this time to invest in KAI.”

Stakeholders of the aircraft parts supplier KAI are planning to list the company in late June and put the shares up for sale later.

On another front, Gaines said that production of bio fuel airplanes is an ongoing task for Boeing and it has conducted tests on multiple models, such as Boeing 747,777 and F18.

“Bio fuel will be part of the industry and that it’s just an issue of timing,” he said.

He also said that Korea is the sixth-largest customer for Boeing in terms of countries and that he intends to bring more work toward Korea.

“I feel that Boeing is part of Korea,” said Gaines. “(And) it’s very important for us to be part of the Korean community.”