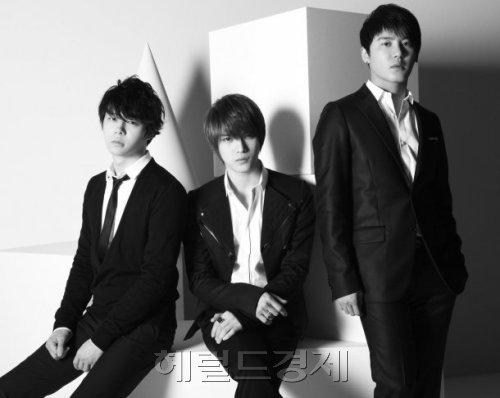 The surprising decision by Avex came just a week after the three members released an album in Japan last Wednesday, which stole the first slot on the Oricon Weekly Chart.

The latest development underscores the difficulties the stars face after the Seoul Central District Court ruled in favor of the three members against SM Entertainment, over an allegedly unfair clause in their contract. Since the legal dispute, the three members have kept their presence in the Japanese entertainment market, with Avex the local agency for them, excluding two other members.

The relations between the three members and Avex, however, turned out to be not so amicable as the Japanese agency abruptly announced on Thursday it will stop promoting and organizing events for them, citing concerns about the head of C-JES, a Korean management agency.

“In order to obey the morals of working principles in our company, we have decided we cannot continue the promotions of the three members in Japan,” said an Avex spokesperson Thursday.

Avex also mentioned the criminal record of the Korean agency’s chief in its press release, when announcing its decision to halt management services. However, a PR representative in Seoul for Yoochun, Junsu and Jaejoong told The Korea Herald on Friday that Avex aims to block the group from performing for Japanese fans by suspending the service, rather than scrapping the contract.

Unless Avex terminates the contract, the three members cannot sign a new deal with other Japanese management agencies.

The three celebrities, who have a huge following in Korea, Japan and elsewhere in Asia, strongly refuted Avex’s statement on Friday, saying that C-JES has nothing to do with a criminal organization. They acknowledged the president of C-JES had indeed got a criminal record, but said the rumor about his involvement with an organized crime ring is totally groundless.

The members continued to argue that Avex already knew the agency chief’s past record when the two parties signed their contract. Given the circumstances, Avex cannot use this as a reason to suspend their activities, the members said.

The key point of contention between the three members and Avex concern the terms of the contract. Avex called for a change to the details in it, which the members declined, claiming the new conditions were unfair. The TVXQ members said Avex’s move is simply to punish their refusal to agree to new terms.

¡¡ Avex also stated in the press release that although it suspends service for the three members, it holds the legal rights to serve as a management firm in Japan for TVXQ group, with the full five members, citing the valid contract with SM Entertainment.

“We need cooperation and attention from our fans,” the three members said in a statement. “We hope we will meet our fans as soon as possible.”

Im Sang-hyuk, a lawyer working for the Korean idol group members, said in a statement that Avex shouldn’t have put them in such a tight position. “I will put efforts into solving this problem so that the three members can resume their activities in Japan,” he said.

The three members of TVXQ filed a lawsuit against SM Entertainment over the validity of their contract. They claimed that a 13-year contract was excessively long and that earnings were not distributed fairly among them.