The dynastical succession from his father Kim Jong-il comes with a number of formalities and propaganda as the reclusive nation is technically run by the Workers’ Party.

The Workers’ Party is expected to put 26-year-old Jong-un and his supporters on key posts at the upcoming meeting of its top representatives in early September.

Having been chosen as Kim Jong-il’s successor early last year, Jong-un began to take part in the country’s domestic and international policies in the second half of 2009.

“As the successor, Jong-un was given extralegal authority as the country’s No. 2 in command of the Workers’ Party and the military last year,” Cheong said.

“From the summer of 2009, all official reports made to Kim Jong-il went through Jong-un.”

Cheong predicted that the Workers’ Party representatives will appoint to the party’s key positions Jong-un and others who will help him tighten his grip on the country’s military and the whole society.

The North said it will convene a meeting of party representatives to elect members of the party’s “supreme leadership,” which means the party’s Central Committee.

“One of the posts Jong-un could assume is the organizational secretary of the party’s Central Committee, who wields the greatest power on the committee,” Cheong said. 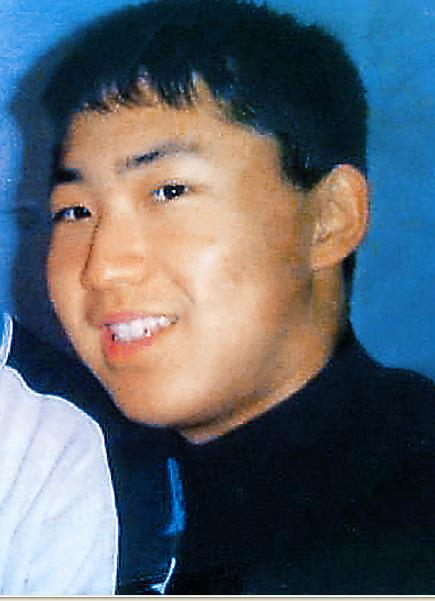 This undated picture shows Kim Jong-un as a teenage student attending a Swiss school.
Jong-un consults O Kuk-ryol, another NDC vice chairman, on operations against South Korea, Joo Kyu-chang on the North’s defense industry, Woo Dong-cheuk on international counter-espionage operations, Joo Sang-song on public security, Cho Myong-rok and Kim Jong-gak on military politics, and Lee Yong-moo on the private sector. All of them are members of the NDC, “elected” to their posts in April 2009.

Kang Sok-ju handles the country’s relations with the U.S,. although he is not on the 12-person NDC, the chairman of which is Kim Jong-il.

Cheong portended that most of the NDC officials will be nominated to the party’s Central Committee early next month.

“Jong-un could take on as a member of Central Military Committee as he is already referred to as ‘the young general,’ or a standing member of the Politburo,” Cheong said. 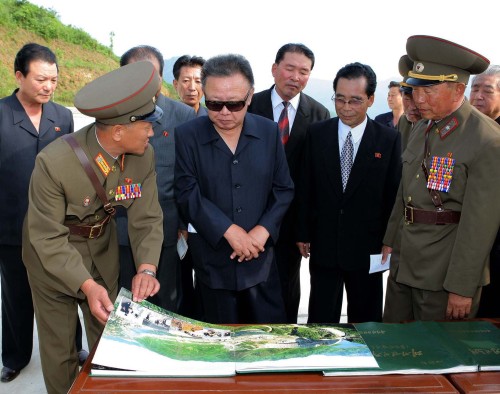 North Korean leader Kim Jong-il visits a construction site in North Hamgyeong Province in this undated photo released by the North’s state media early this month.
“Then the joint leadership of Kim Jong-il and Jong-un, in which the father has stronger power than his son, will quickly shift to vice versa where the heir wields greater influence on all state affairs with the exception of diplomacy and policies on South Korea.”

The patrons of the young general have taken paths similar to that of communist figures such as Oh Jin-woo and Choi Kwang who supported Kim Jong-il when he was preparing to succeed his father Kim Il-sung.

Kim Jong-il’s brother-in-law Jang Song-thaek serves as the administrations bureau chief of the Workers’ Party and was promoted to vice chairman of the NDC in June.

Jang manages the finances of the NDC, the Cabinet and the security organs controlled by the NDC such as the secret police, the military intelligence unit, the prosecution and the court. He is also known to be responsible for North Korea’s relations with China.

Often referred to as the “bridge” between Kim Jong-il and Jong-un, Jang is predicted to act as the regent of his nephew.

Kim Young-choon controls the nation’s troops for conventional warfare while Kim Jong-il supervises the strategic troops that deal with missiles and nuclear weapons.

Chief of the Workers’ Party’s operations bureau O Kuk-ryol serves as the Kim regime’s strategist who holds sway over the top special forces and the specially trained agents that operate overseas.

First deputy chief of the politburo Kim Jong-gak was appointed as an NDC member in April last year and assists Jong-un from a close range. He reportedly directed the execution of Park Nam-ki, former chief of the party’s financial planning, who allegedly planned to integrate moneymaking companies run by the military into the Workers’ Party. Park was blamed for the failure of the country’s currency reform last year.