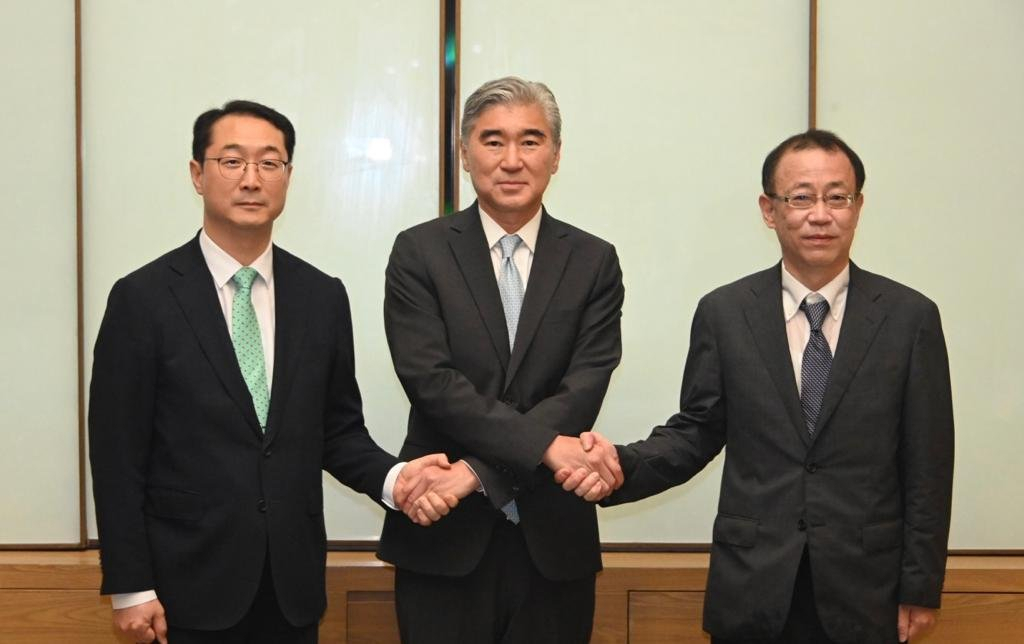 The chief nuclear envoys of South Korea, the United States and Japan will meet in Indonesia next week to discuss the North Korea issue, Seoul's foreign ministry said Thursday.

Kim Gunn, special representative for Korean Peninsula peace and security affairs, will have back-to-back bilateral and trilateral meetings with his American and Japanese counterparts, Sung Kim and Takehiro Funakoshi, respectively, from Monday to Tuesday in Jakarta, according to the ministry.

They are expected to share their assessments on regional tensions attributable to North Korea's evolving missile provocations and the possibility of its nuclear test. They previously held consultations in Tokyo in September. (Yonhap)