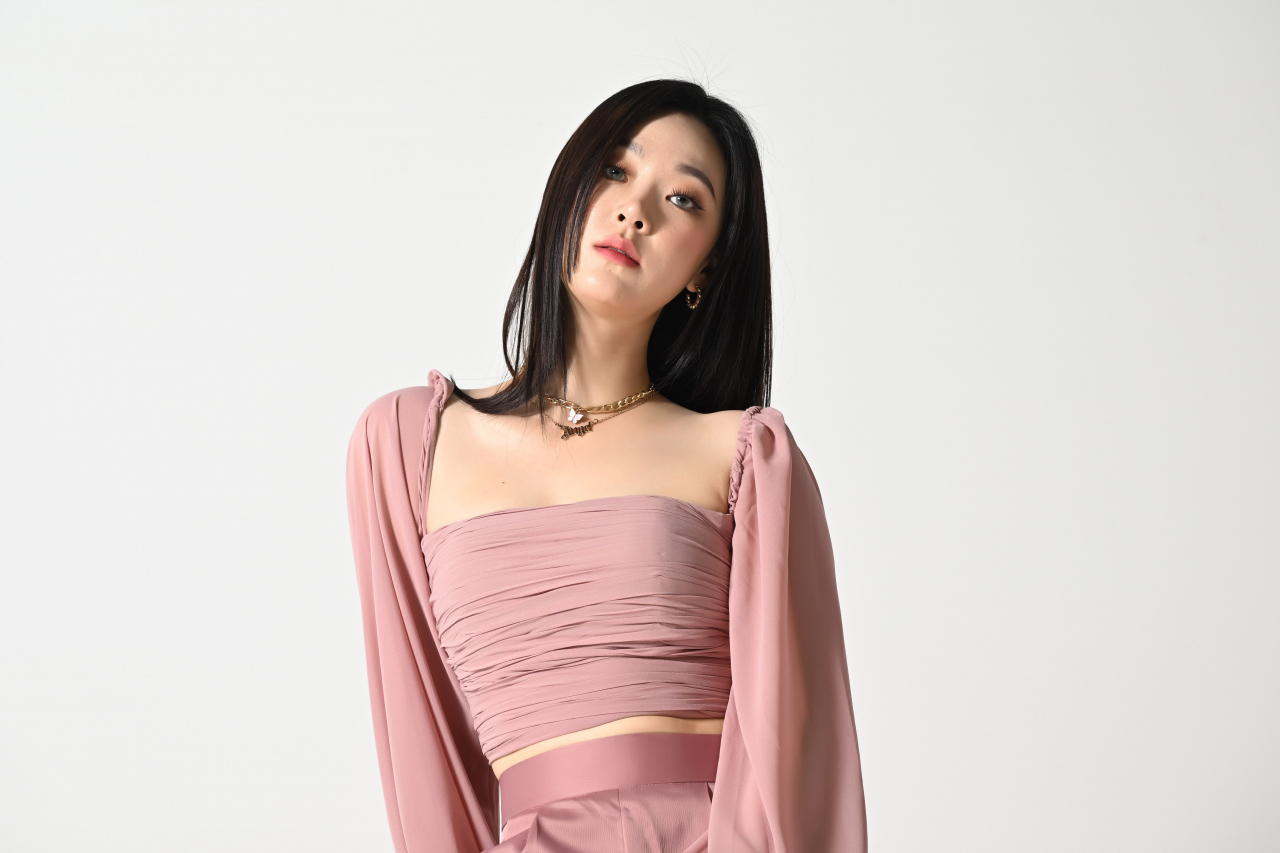 Singer-songwriter Saay poses for a picture during an interview with The Korea Herald at the Herald Corp. headquarters in Seoul on Nov. 18. (Im Se-jun/The Korea Herald)

It was in the winter of 2017 when singer-songwriter Saay first witnessed a death in her life. The shock and sorrow were overwhelming, as it was none other than her dearest grandmother.

It took Saay three years to embrace the demise of her loved one and sublimate it into writing her song "Interstellar," which starts with the lyrics "I saw death three years ago when my grandma passed away."

"I wrote that line in 2020 when I was making my second EP 'FEELosophy.' I still remember the moment when I sent her away so clearly. I'd placed the physical CDs of my first and second singles with her in her casket," the singer reminisced during an interview with The Korea Herald in November.

The song, encapsulating the feelings of dismay, awe and gratitude about life and death that Saay had garnered from her grandmother’s passing is the first track of her second full-length album, "S:inema." The album was released on Oct. 27.

With just over a month left in the year, Saay has dropped an album which wraps up the most beautiful yet painful chapter of her life: her 20s. The album has 20 songs and has a colon in the name to symbolize that period of her life.

"I wanted to make sure that people could find the keyword in whatever part of the album they looked at. I hope such details show how much work I've put into it, on top of the music," the 30-year-old said.

Preceding "Interstellar" is the intro track "everything comes n goes," which brings listeners to the universe of Saay's 20s. The title is referring to the biggest lesson she'd learned from her grandmother, which she kept by her side through the past decade.

"She used to tell me not to stress myself over something too much, as everything will pass and come back if it's meant to be. I used to complain to her that it was too difficult, but now that I've turned 30, I’m beginning see what she meant," Saay said. 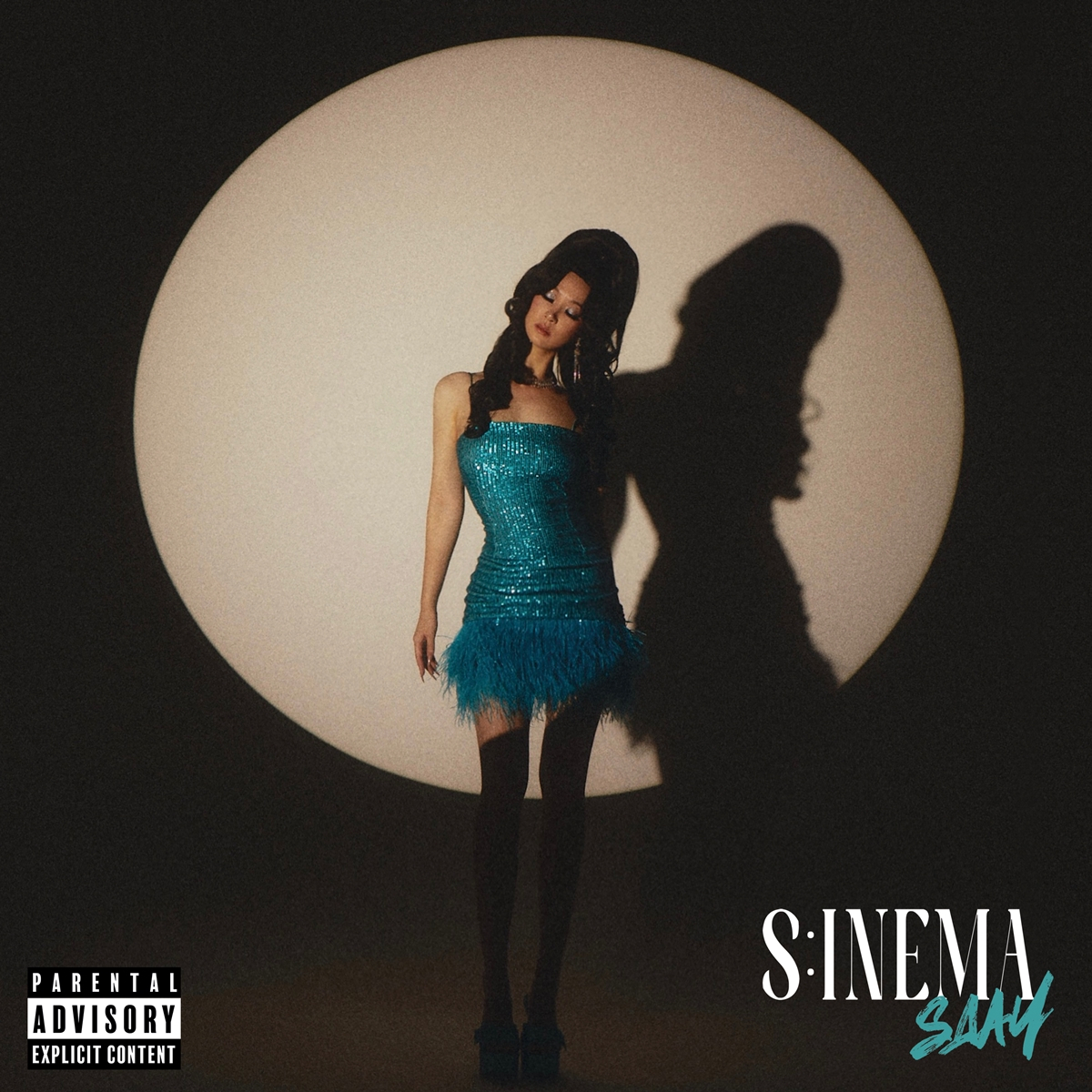 To some, 30 may seem too young of an age to deeply contemplate life. But Saay, whose real name is Kwon So-hee, has spent the years leading up to it deepening her wisdom.

In 2012, she began her official career as the leader of K-pop group EvoL, but the group failed to make a name for itself and disbanded in 2015. Over the next few years, Saay immersed herself in songwriting, which she has continued to do since 2012.

"My 20s were painful but beautiful. I debuted after a long time of training, but the group failed. I was disappointed that I couldn't take responsibility as a leader and it hurt me. I didn't know what to do, so I just continued doing what I could, making songs for other musicians while continuing to write my own. It was all an opportunity I was grateful for, but the longing for my own music deepened," she said.

In 2017, among the list of coveted labels she had sent her mixtapes to, Universal Music Korea reached out. It was the first time she felt an affirmation for herself.

"I remember thinking during my meeting with the label chief, 'I'd been doing OK. I was right.'"

To Saay, the past decade was like a movie. Walking out of the fuzziness and looking back, she now sees a clear storyline, patched with elements of joys, sorrows, delights and shadows -- with messages and lessons weaving through them all.

The best part of making an album is finding a single word or theme that epitomizes the whole record, which sometimes consists of several pages of lyrics, Saay says. This process may take just few days to few months, but in the case of "S:inema," it took her nearly four years to settle on the concept of cinema. She loved film as much as music, and the visuals was another big part of her music as much as the sounds, Saay said.

Just like a film, Saay's 20-track (plus an extra solo version of "Summer Love") package is made up of three scenes. The first part is devoted to the emotions that people generally go through in life, such as death, love and despair. "Interlude: world gone crazy" opens the second chapter, which takes the listeners to Saay's personal story. The album returns to everyone's story in the third part, that begins with "Interlude: life is a beauty."

According to the singer, it took her about three months to put the songs in order.

"I think that a full-length album stands out when it has a well-organized flow that pulls through a story with the songs. That's why it takes months for me just to organize the tracks," she explained. 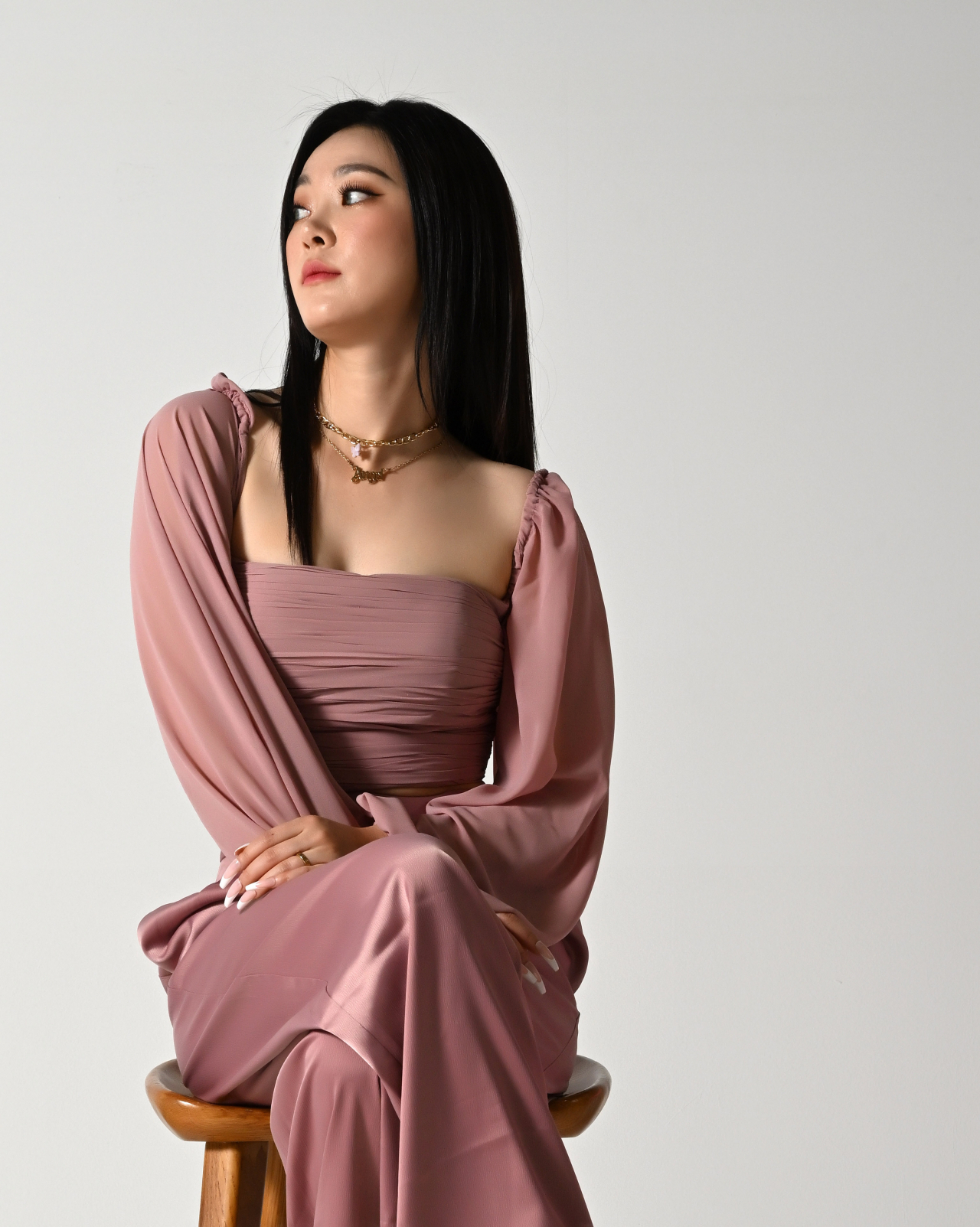 Singer-songwriter Saay poses for a picture during an interview with The Korea Herald at the Herald Corp. headquarters in Seoul on Nov. 18. (Im Se-jun/The Korea Herald)

Back in 2018, she embarked on a journey exploring music. This was portrayed through her first LP "Claassic," unveiled in May that year. Over the next years, Saay focused on making her music and working with other musicians, from K-pop singer Baekhyun, girl groups aespa and Twice and American rapper Snoop Dogg.

"Working as a producer for other artists, it was a continuous process of giving and taking from each other, through which I gradually got a grasp of what I could do well. And the second LP is like the starting point of finding the intersection of what I could do and what I'm good at."

Saay's two LPs are linked in their flow, according to the musician. The first album "Claassic" starts with the track "from the horizon" and ends with "to the horizon." The horizon does not end but flows into the second LP "S:inema."

"It's abstract, but I imagined people landing onto my planet when they start listening to the album. The first spot they land in 'S:inema' is the intro track 'everything comes n goes.' It sounds like an inaudible mashup of voices, but they’re actually sounds of random people grumbling and complaining about their situations I'd sampled from the internet and put together. The song is like my way of offering solace to those people that everything will be OK," Saay said.

While the artist thinks of the finest details when producing her music, she reassures that it's not on the listeners to think about such implications.

"I like to be thought-provoking, but my music is all about open endings. I hope listeners understand my songs as they wish," she added.

The singer-songwriter has her first solo gig coming up, titled "Mise-en-Scene." The concert is slated to take place at the Rolling Hall in Mapo-gu, Seoul, on Dec. 15.

"It honestly feels like a dream. I've been doing music for my whole life and I'm finally holding my first concert. But I'm trying not to get too emotional because I have to do it well," the 30-year-old said, her eyes glistening with excitement.

An aspiring dancer as much as she is a singer, Saay says she is single-handedly creating her choreography for the songs she'll be performing at the concert. She also made the moves for her title song "Talk 2 Me Nice." 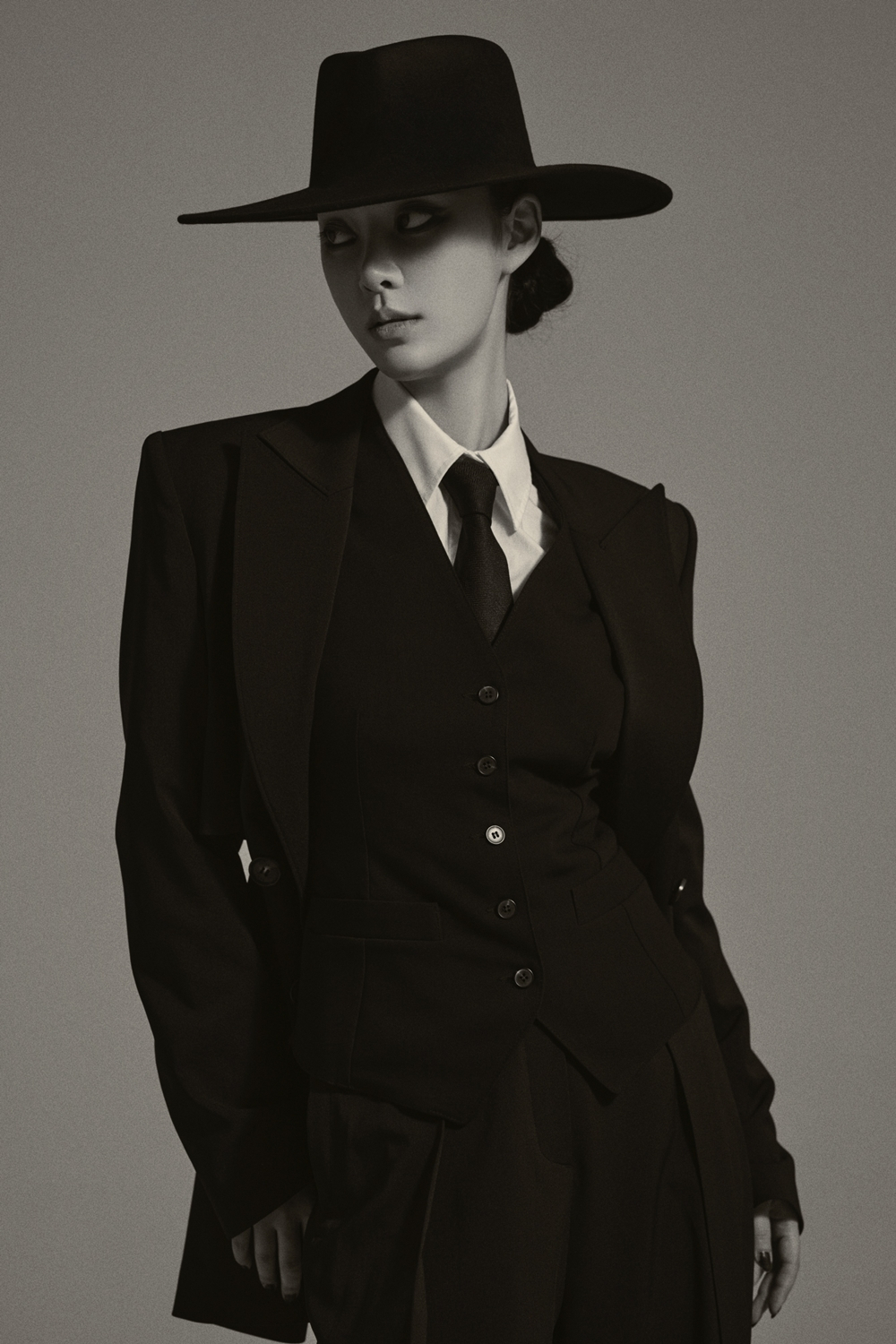 "Performance is an essential part because you can take from the music things you weren't aware of by just listening. It arouses the senses more. My personal goal is to give a performance that can make people hear the song just by looking at the dance. That's how I actually create my choreography. I collect references by playing the videos on mute."

For Saay, her motivation for holding the concert was none other than building empathy with her fans. Communication will be her main goal, she said.

"Rather than asking for sympathy, I want to offer my empathy that 'I've also been through love, despair and depression and all other emotions that you feel, and you're not alone out there,'" she said.

To Saay, her music is not just a record of life. Once she puts it out to the world, it gains a life of its own to flow into other people's hearts to share the musician's energy and warmth to them. Her second LP not only marks the end of her 20s, but is also a message of comfort she hopes to give for those going through a hard time, she said.

"I have no regrets or nostalgia for my 20s, but I wanted to say thank you to myself, who has endured the period so well. This album is like my 'beautiful farewell' to the period. Also, when it reaches someone who is also going through a rough 20s, I hope it can bear with them through this time," she said.

Saay hoped her music was like a horizon, continuing endlessly yet with its own clear line. And indeed, Saay's horizon of music is ongoing. She continues to accumulate songs for her upcoming albums, and says she already has ideas for not just the next album, but the one coming after.

"Music to me is like the universe, and it's formidable at times. I think that I'm just a tool where music comes and goes. I try to furnish myself to be at my best so that I can be ready whenever music comes to dwell."