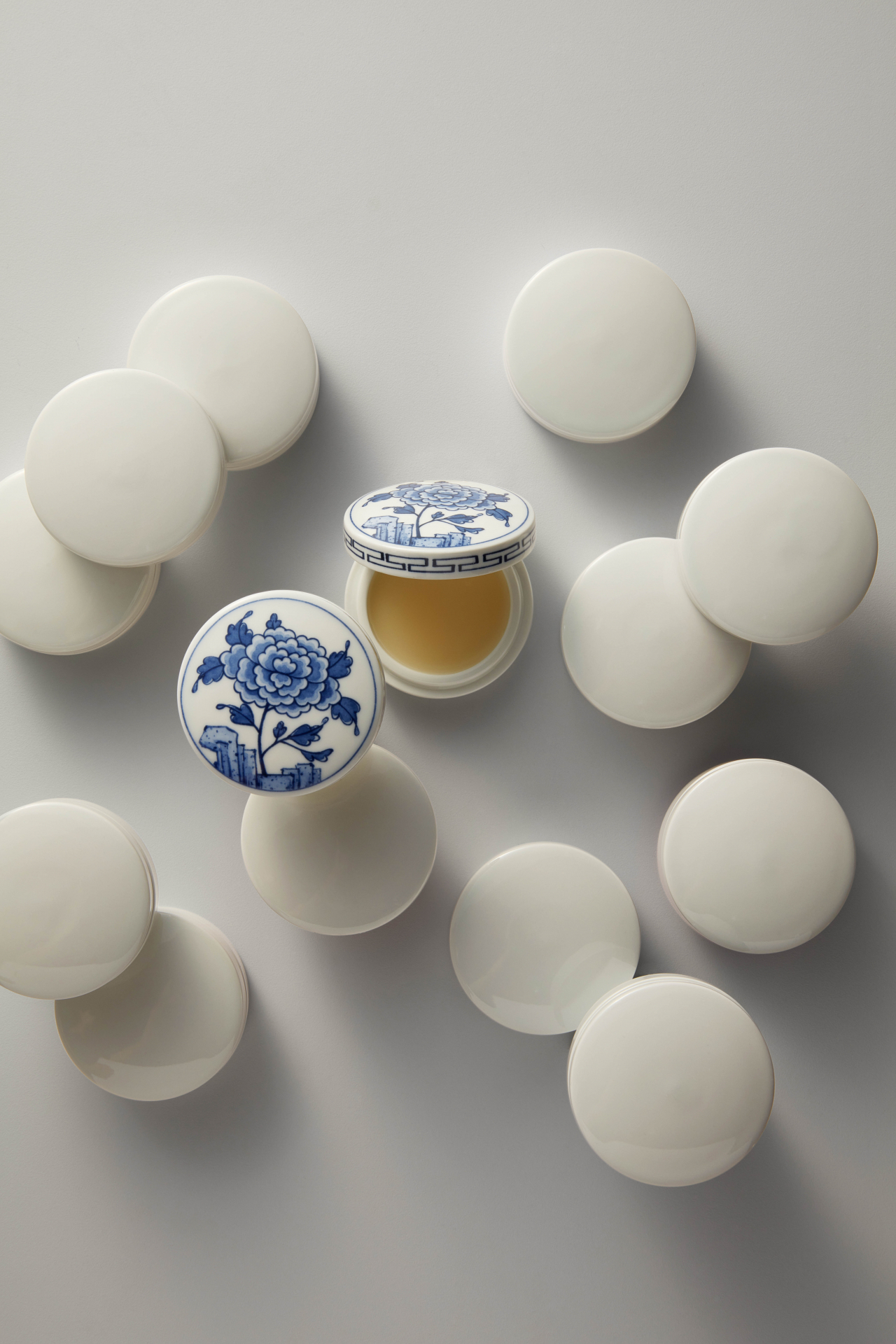 Skin moisturizers used by a Joseon princess have been reinterpreted as modern day cosmetic products.

A number of makeup tools and cosmetics used by Princess Hwahyeop, the daughter of King Yeongjo and older sister of Crown Prince Sado, were discovered during a series of excavations conducted between 2015 and 2017 at the princess' tomb in Namyangju, Gyeonggi Province.

A project was launched in 2020 to develop cosmetics that can be used today through identification of ingredients and compositional analysis of artifacts that date back some 260 years. A cosmetics firm, Cosmax Co., was brought into manufacture the products.

"There is an underlying perception of cultural heritage that they should only be studied and stored in academic realms," Gang Gyeong-hwan, president of NUCH, said Wednesday. "I hope that the release (of the cosmetics) will serve as momentum for more historically meaningful content and rich traditional culture to be reborn as modern products and enjoyed globally."

The Princess Hwahyeop’s Porcelain Edition follows the release of the Gowun hand cream and lipstick set launched in early 2021.

The new edition includes Miango, a moisturizing balm made of traditional beauty ingredients such as camellia seed oil, sweet pumpkin seed oil and rice brand oil, and Miangaji, a facial massage tool made of white and blue porcelain.

The collection's signature white and blue porcelain containers were designed by Lee Jeong-yong, an NUCH professor, together with his students.

The products are on sale at the National Palace Museum of Korea's art shop and the Korea Cultural Heritage Foundation’s online shopping mall. The set costs 170,000 won.