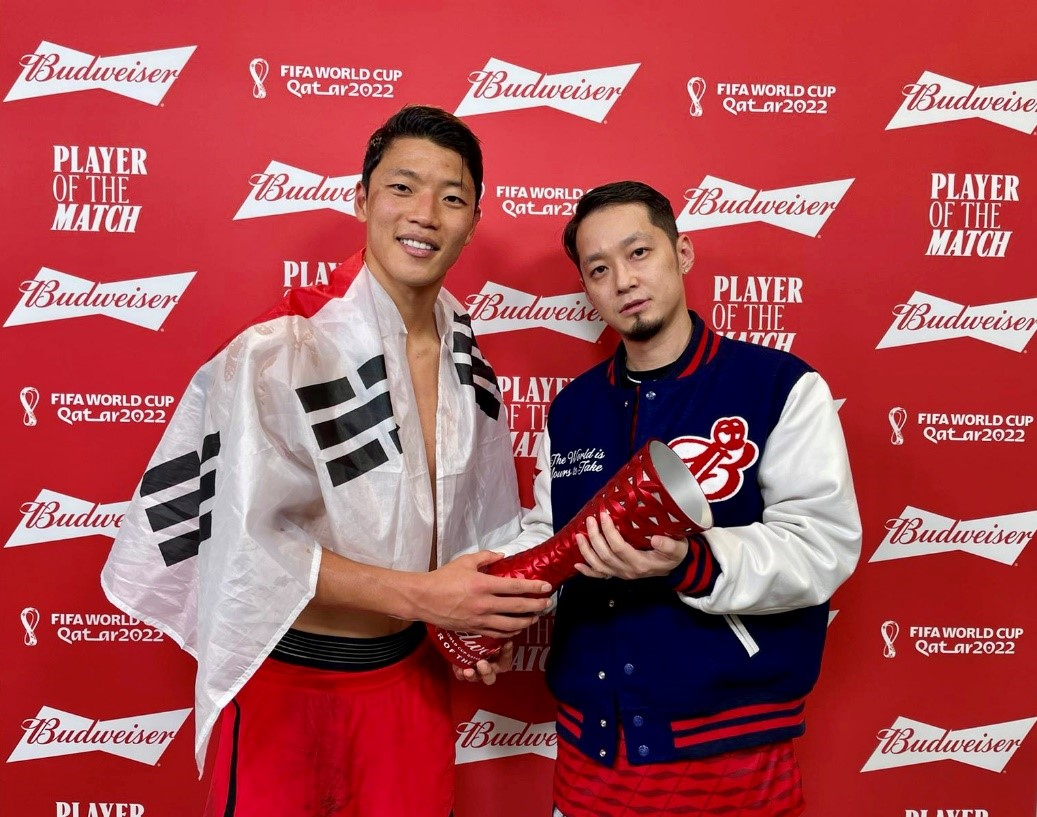 South Korea pulled off a dramatic 2-1 victory against powerhouse Portugal, securing its place in the knockout stage. Hwang scored the last goal of the match in the 46th minute of the second half, assisted by Tottenham Hotspur star Son Heung-min.

In recognition of Hwang’s role in propelling South Korea into the round of 16, Budweiser awarded Hwang with Player of the Match. The trophy was presented by rapper and producer The Quiett.

The beer maker’s award is presented to one player for each game played during the World Cup who showed the best overall performance based on online fan votes. Anyone can participate in the poll by visiting FIFA’s website, according to the beer company.

Hwang is so far the only South Korean player to have received the award in this year’s tournament.

Exclusive interviews with the award winners, including Hwang, are available on Budweiser’s official Instagram account, the company added.

Meanwhile, Budweiser has been the official sponsor of the FIFA World Cup since 1986. For the 2022 Qatar World Cup, it has been hosting World Cup fan events in Seoul, launching limited edition beers and releasing World Cup-related non-fungible tokens.