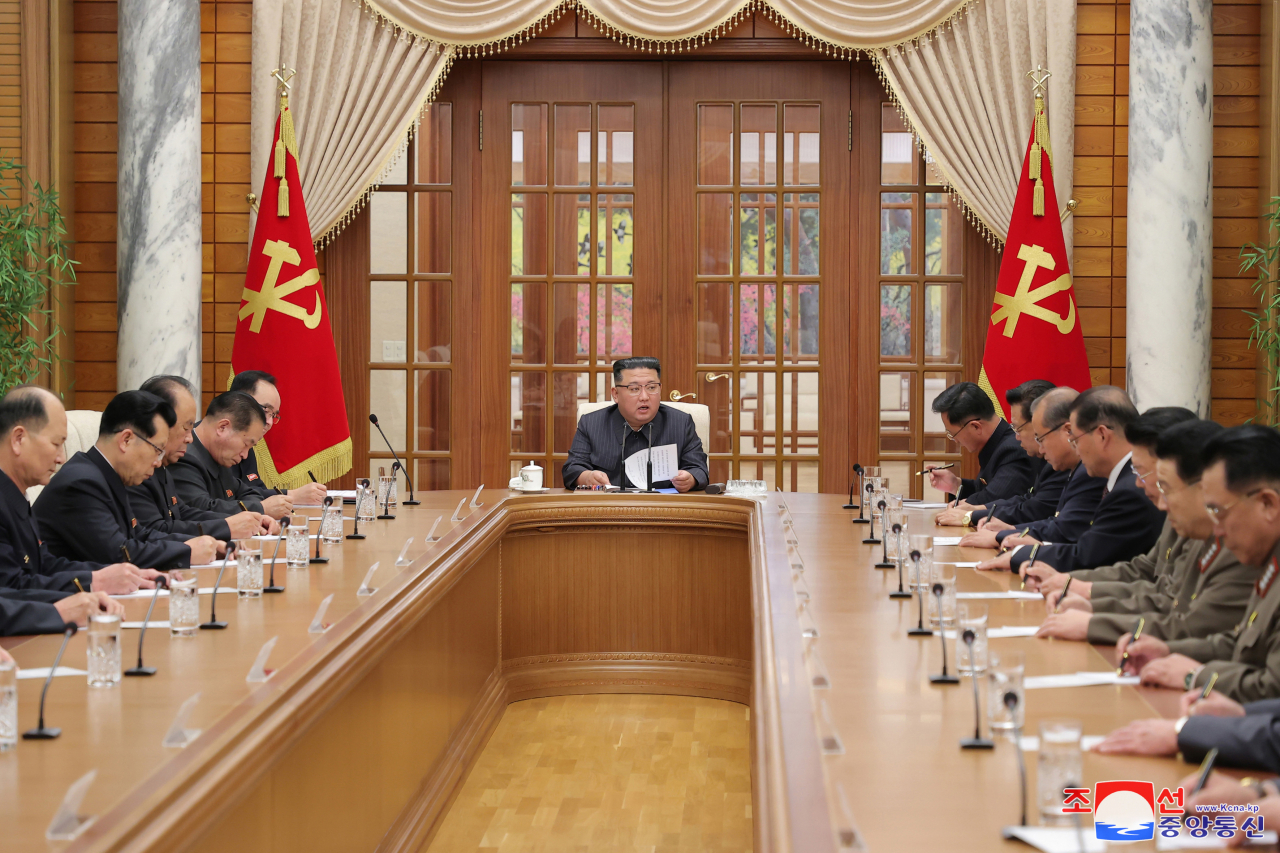 North Korean leader Kim Jong-un (center) presides over a meeting of the committee's political bureau at the headquarters of the Central Committee in Pyongyang on Wednesday. (KCNA)

During the meeting held the previous day, Kim said the "internal and external circumstances of the year 2022 created on the advance of the Korean revolution were the unprecedented adversity that tested our will and fighting efficiency," according to the Korean Central News Agency.

Despite challenges, Kim said a "new phase was opened for the remarkable development of the state and the country's prestige and honor was raised to a new level" thanks to the "correct leadership of the Party Central Committee."

"The Political Bureau of the Central Committee of the Workers' Party of Korea decided to convene the 6th Plenary Meeting of the 8th Central Committee of the WPK in late December to review the execution of the Party and state policies for 2022 and discuss and decide on work plans for 2023 and a series of important issues arising in the development of the Party and the revolution at present," the KCNA said.

The meeting comes amid growing concerns that the North could soon carry out its seventh nuclear test. (Yonhap)