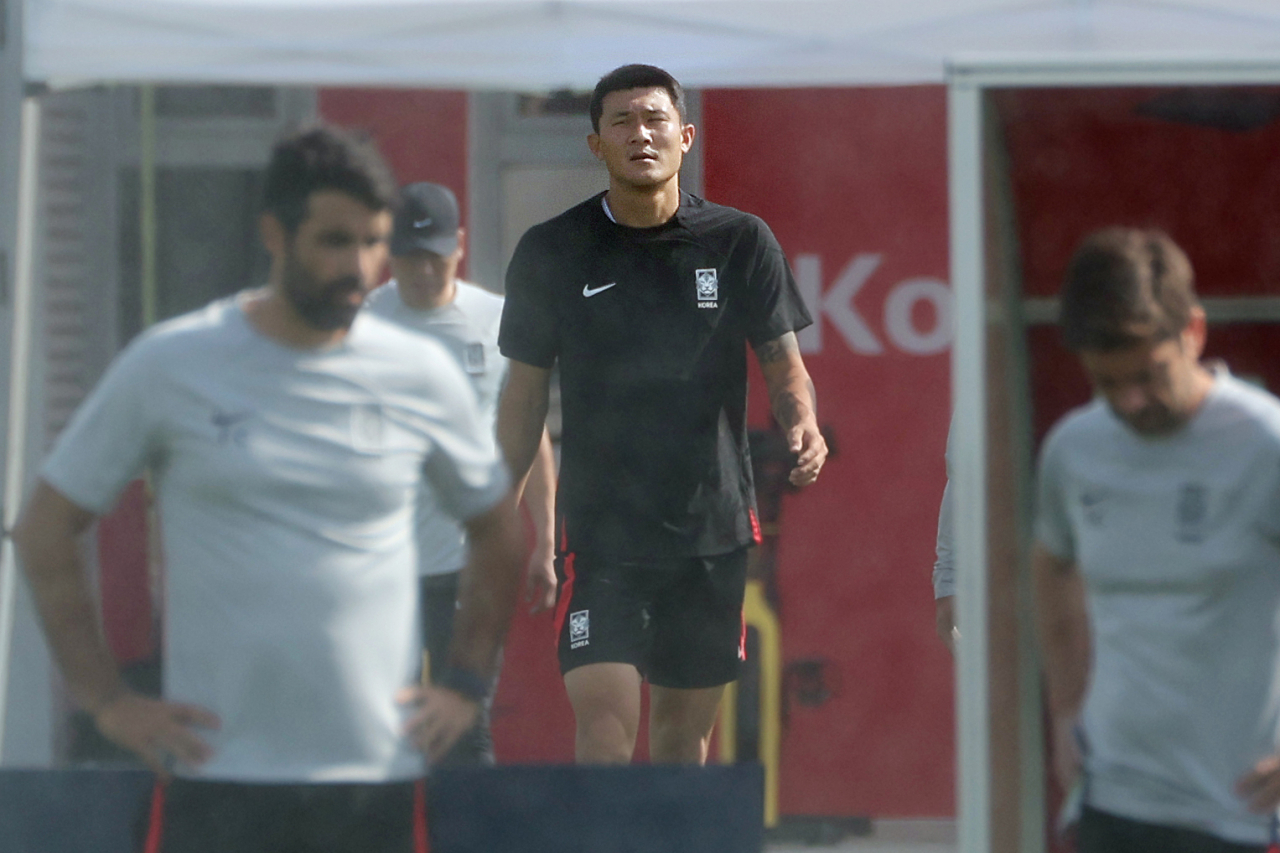 AL RAYYAN, Qatar -- South Korea's injured center back Kim Min-jae will be a game time decision against Ghana when the two countries square off in Group H of the FIFA World Cup on Monday.

At his prematch press conference Sunday, head coach Paulo Bento said the decision on Kim's status will be made on the day of the game at Education City Stadium in Al Rayyan, west of Doha. Kim picked up a right calf muscle injury against Uruguay last Thursday.

"Tomorrow, in the morning, we will decide if he's going to start the game or not," Bento said in English at the Main Media Centre in Al Rayyan.

At the start of the press conference, Bento provided an update on Kim in his native Portuguese, and his words translated into Korean and English had Kim ruled out for Monday. Some confusion ensued, and Bento clarified in English that Kim's availability will be decided hours before the match.

Kim suffered the leg injury in the second half against Uruguay but played the entire match. He was then held out of training sessions on Friday and Saturday, before rejoining camp Sunday. He was seen riding a stationary bicycle during the first 15 minutes of the session that were open to the media.

Also on the injury front, Bento said winger Hwang Hee-chan will miss his second straight match. He has been dealing with some hamstring issues. (Yonhap)