After South Korea’s first match of the World Cup on Thursday, I overheard a policeman saying to his colleague over the radio that the public screening event at Gwanghwamun Plaza, central Seoul “wrapped up superbly.”

There were no fights, no mess left by drunkards, and no fighting with the officials from the government, police and hosting group over being told what to do. There was some scattered trash in the streets, but most had been picked up by the roughly 23,000 people who gathered to support their team. 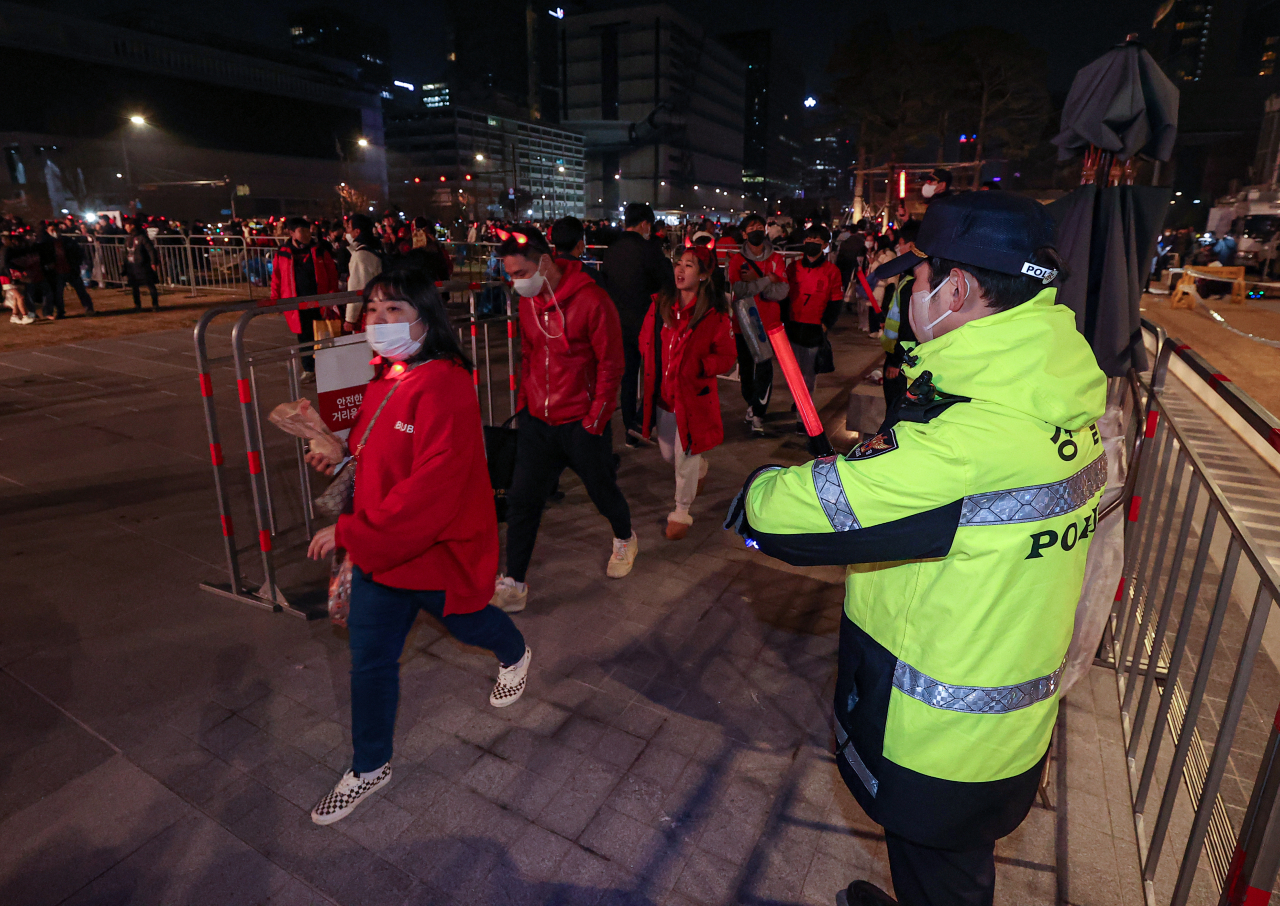 It was a different sight from what I was used to at mass public events -- be they public screenings, protests or street parties -- where at least some people ruin things for everyone else.

As investigations into the deadly Itaewon crowd crush revealed insufficient efforts by authorities to maintain order for those gathered to celebrate Halloween, police and the Seoul city government took special care that the Thursday’s event would be as orderly as possible.

Approximately 500 policemen, including eight squads of riot police, were dispatched to the scene in addition to hundreds of more from the Jongno-gu district office and the Red Devils, the official supporters club for the South Korean national soccer team, who were hosting the event. They maintained separate one-way system for entrance and exit, and ensured that there was no jaywalking in the square.

Rescue workers were dispatched at the entrance and exits, and each section was divided by barriers and allocated numbers, as to allow swift rescue efforts in case of emergencies. Safety information was announced by the host group whenever there was a break in action, such as half-time and in the intermission during performances of the pre-game ceremony.

Being used to seeing the plaza jam-packed during such events, it was peculiar but welcome to see a little boy sitting comfortably in his spot with his mother, with enough space that he did not have to worry about being unintentionally hurt by the surrounding adults.

Part of me wondered if this was all even a bit “too orderly.” Public screenings of World Cup matches have always felt like a street party, and what fun is a party without people going a little crazy?

But the sight of a child holding hands with his mother, having an animated chatter about the match that was just played, was a reminder that public events should be for everyone to enjoy, not just some raving party-goers.

There was no party per se, but everyone enjoyed the game and the unseasonably warm November weather, and they went home safe without having to worry about being trampled. After the nightmare at Itaewon, that is a much-welcome change.