South Korea held Uruguay to a scoreless draw in the opening match in Group H, keeping alive its hopes of making the knockout stage of the World Cup for the first time since 2010.

Stifling defense and some luck played a part in Koreans stopping the offensive push of Uruguay, ranked 14th in the world, who struck the woodwork twice during the match at Education City Stadium in Al Rayyan, Qatar.

South Korea, ranked 28th in the world, came close to scoring as well, when a low cross from Kim Moon-hwan found Hwang Ui-jo in space just 10 meters from goal. But Hwang blasted Korea's best chance of the half over the bar. 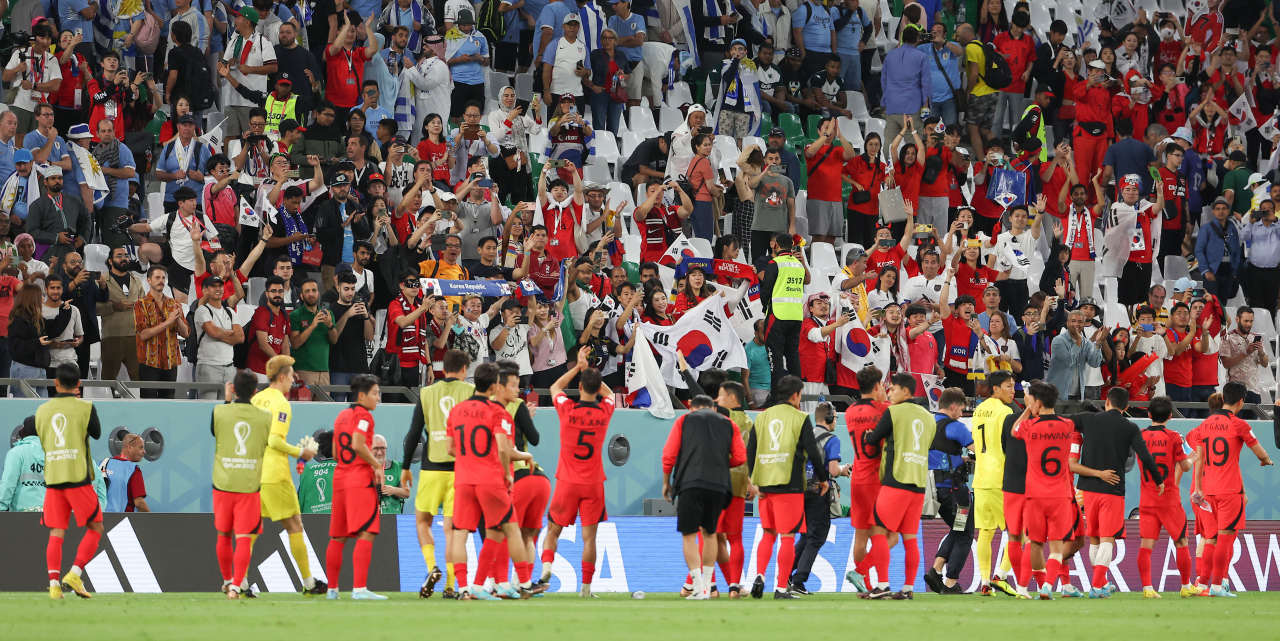 Son, still recovering from his facial injury, wore a mask and played the entire game. The Tottenham Hotspur forward was not his usual self but showed the occasional flash of skill, beating two defenders to whip in a dangerous cross in the first half.

He was voted the player of the match in an online BBC Sports poll with a score of 7.88.

“He had a serious injury, he was inactive for a considerable time. He only joined the team in the last few days. ... After an injury and being exposed to more aggressive games, it is natural it will take him some step to re-adapt,” he said.

The two teams had a total of 17 shots, but only one by Uruguay found the target, a testament to the defense of both sides, including goalkeeper Lee Seung-gyu who remained effective throughout the game. 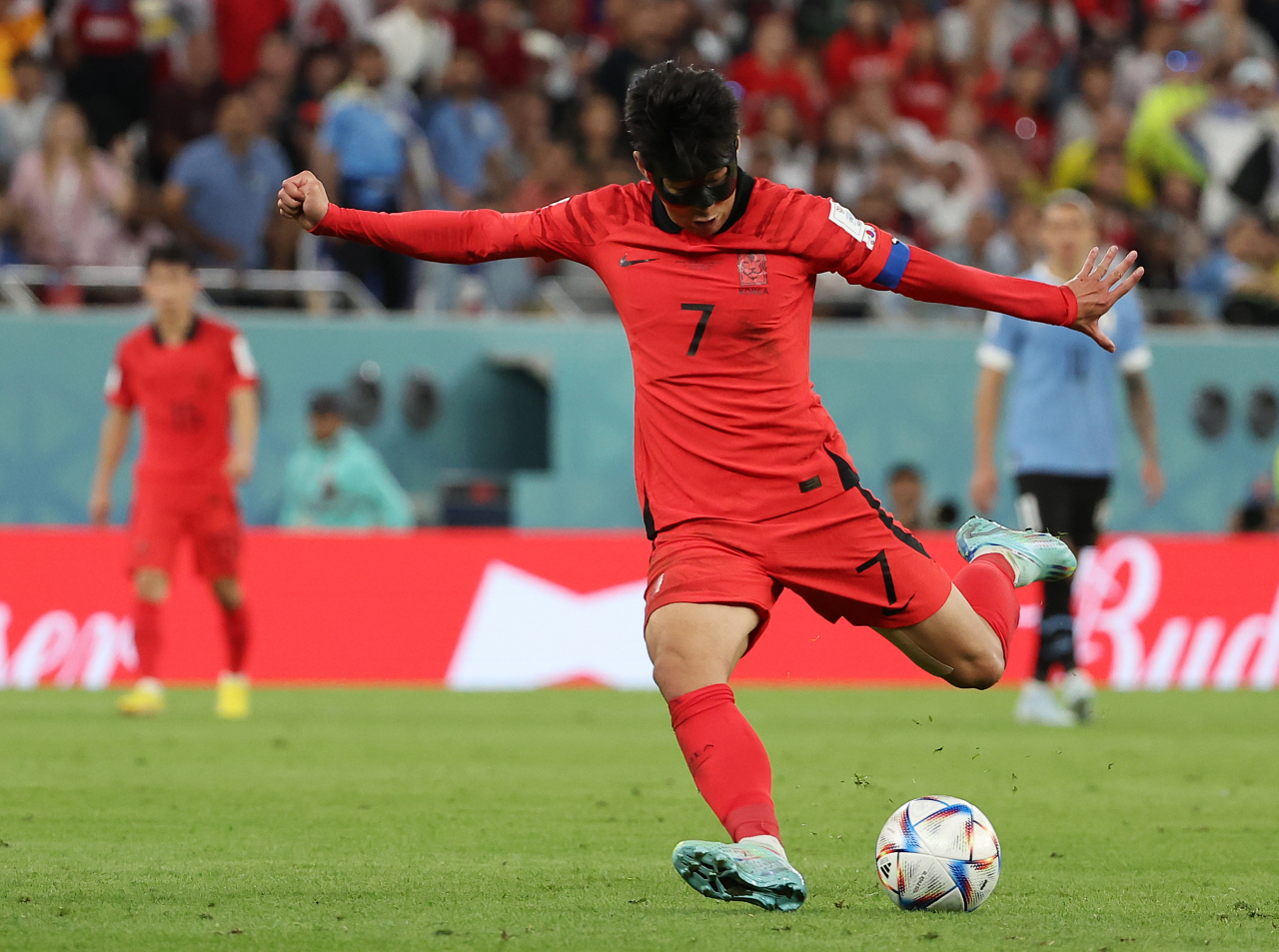 The 23,000 South Korean supporters massed at Gwanghwamun Plaza in central Seoul held their collective breath when Kim Min-jae of Napoli -- Koreans’ defensive anchor -- went down holding his calf. He came back to the field and played the full game, saying after the match the injury was not serious.

The result of Thursday’s match leaves the prospects for Group H wide open; going into the torunament Portugal and Uruguay were favorites to make it out of the group stage. In a later game held Thursday at the Stadium 974 in Doha, powerhouse Portugal beat Ghana 3-2 with the captain Cristiano Ronaldo becoming the first player to score a goal in five World Cups with a controversial penalty.

South Korea now faces Ghana, the lowest ranked team of the group at No. 61. As such, it is considered a must-win match for Korea to have a hope of making it to the next round.

The last time the two teams faced off was in a 2014 friendly, which Ghana won 4-0. That year had plenty of bitter memories for the South Korean national team against African teams, as the Koreans lost 4-2 to Algeria in the World Cup.

With the Korean supporters hoping history will not repeat itself, South Korea and Ghana will kick off for their match at 10 p.m. Korean time on Monday. Six hours later, Portugal and Uruguay will square off at the Lusail Iconic Stadium in Lusail.