"Please don't stop. This is a walking path," said a volunteer worker dispatched to the public screening event of the South Korea vs Uruguay Group H opener of the FIFA World Cup Qatar 2022 at Gwanghwamun Plaza in Seoul on Thursday.

An estimated 15,000 soccer fans gathered at the square in Jongno-gu, central Seoul with the total of 1,300 officials from the Seoul Metropolitan Government, Jongno Police Station and the hosting Red Devils official supporters club of the South Korean national team. The National Police Agency said earlier that around 600 police personnel -- including six squads of riot police -- would be dispatched on the scene in order to maintain order.

Thousands of supporters gathering at Gwanghwamun moved in orderly fashion as the officials instructed a separate one-way entrance and exit, while preventing jaywalking around the square. 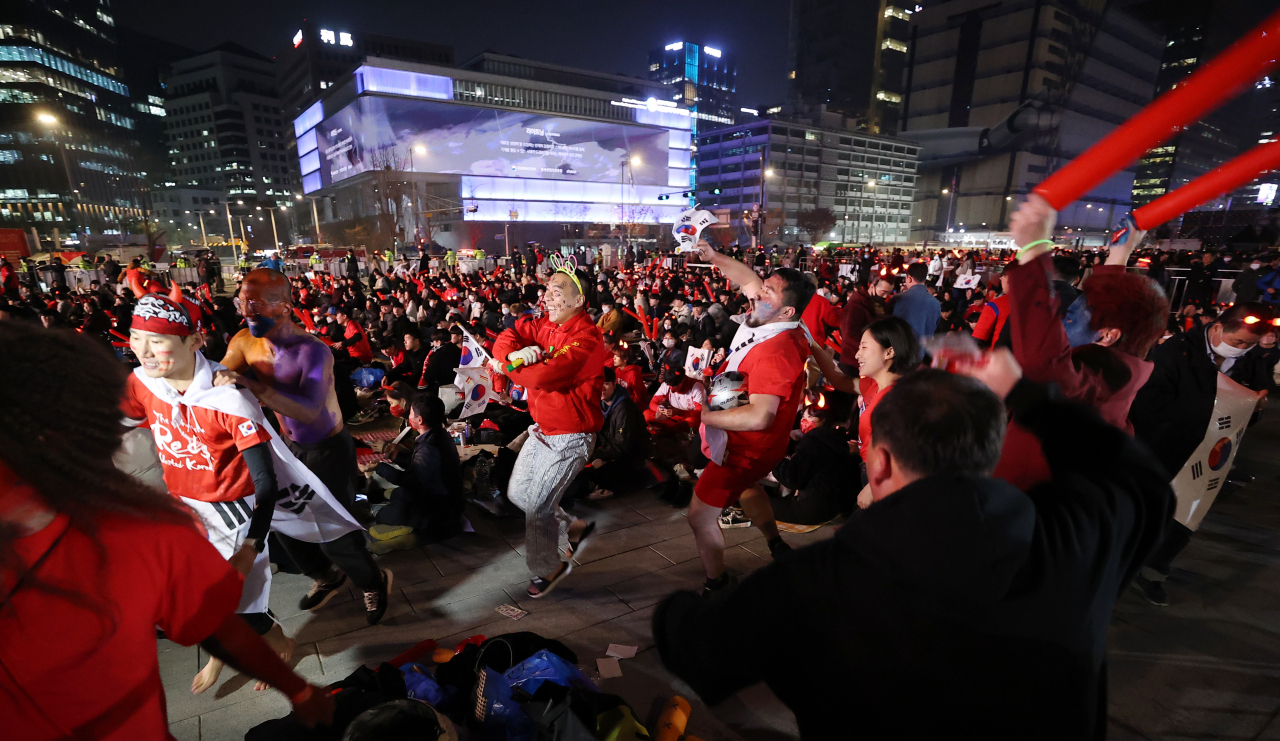 Despite the South Korean government initially canceling all public screening events in light of the Itaewon tragedy that claimed 158 lives, the Seoul municipal government gave the green light to the Red Devils on conditions of stricter security measures.

The plaza was divided in numbered sections to allow easier crowd control and swift dispatch of rescue workers in case of unfortunate incidents. A security official was dispatched every few meters to maintain order, along with police officers standing in formation outside the supporters' area.

Following the Itaewon tragedy, the Red Devils vowed there will not be a large-scale performance at the public screening. The pre-game performance was largely absent of big-name celebrities, although musicians including Transfixion Jo Mun-geun band fired up the crowd starting at 8 p.m., ahead of the kick off scheduled for 10 p.m.

South Korea and Uruguay will square off in their opening match taking place at Education City Stadium in Al Rayyan, just west of Doha.