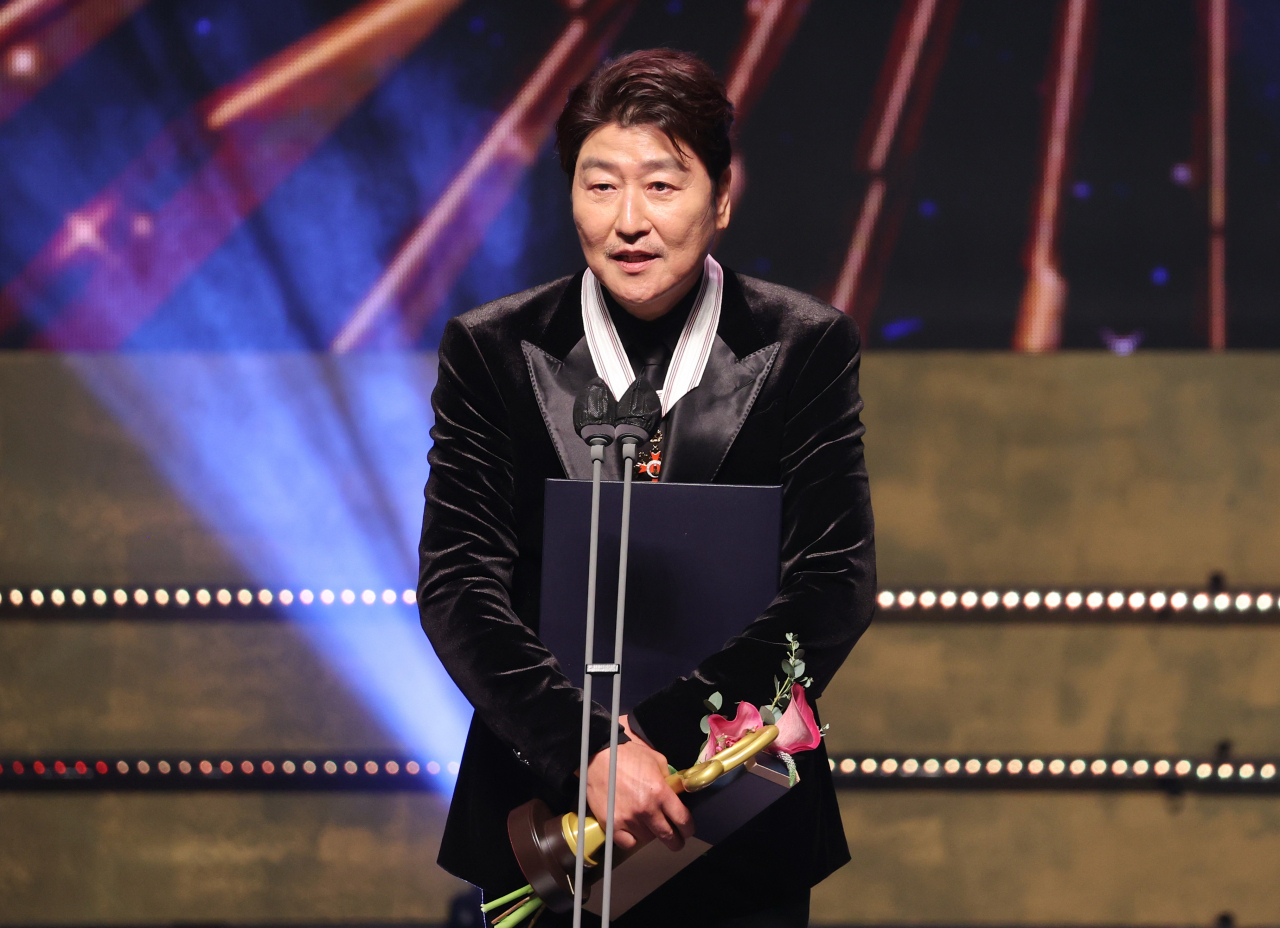 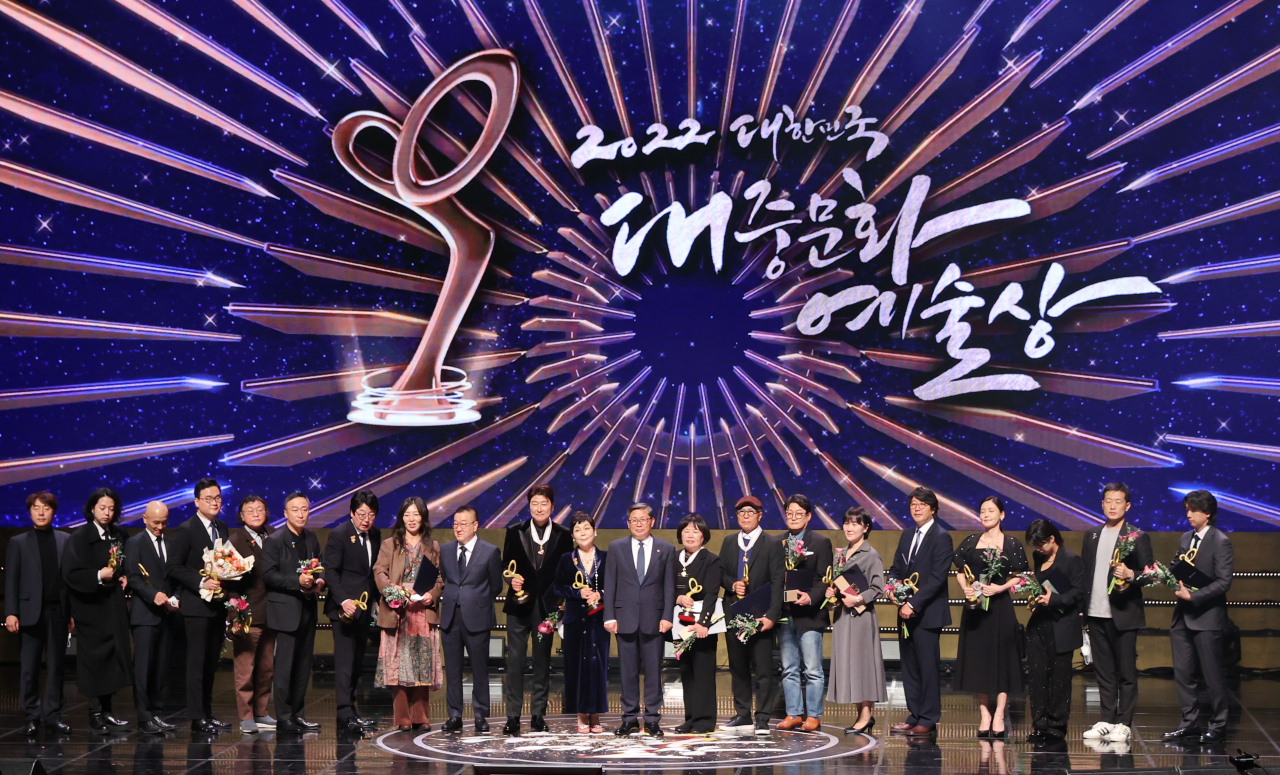 The annual awards, conferred by the Korea Creative Content Agency and the Ministry of Culture, Sports and Tourism, recognized individuals who created new trends in the entertainment business and contributed to the spread of the Korean Wave.

A total of 28 celebrities from diverse areas in the entertainment industry -- musicians, actors, voice actors, comedians, screenwriter, TV directors, producers and more – were awarded this year.

While the winner for the Geumgwan Order of Cultural Merit -- the award’s highest honor -- stays vacant for this year’s award ceremony, “Decision to Leave” director Park Chan-wook and late actress Kang Soo-youn, who brought home the nation’s first acting award from the Venice film festival, received the second-highest Eungwan medal.

Veteran screenwriter Park Jin-sook and actor Song Kang-ho, who became the first South Korean actor to win best actor prize at Cannes for his role in “Broker,” were also named as the Bogwan medal winners.

"I am honored to receive a prestigious award in front of fellow artists. There are good and bad times in our life, but I would like to become an actor, who can offer consolations to the viewers and audience," Song said in his acceptance speech.

Actor Kim Yoon-seok was among the six artists who received Presidential Commendations, while rapper Zico and director Yeon Sang-ho of “Hellbound” were among the eight artists to receive Prime Minister Commendations. 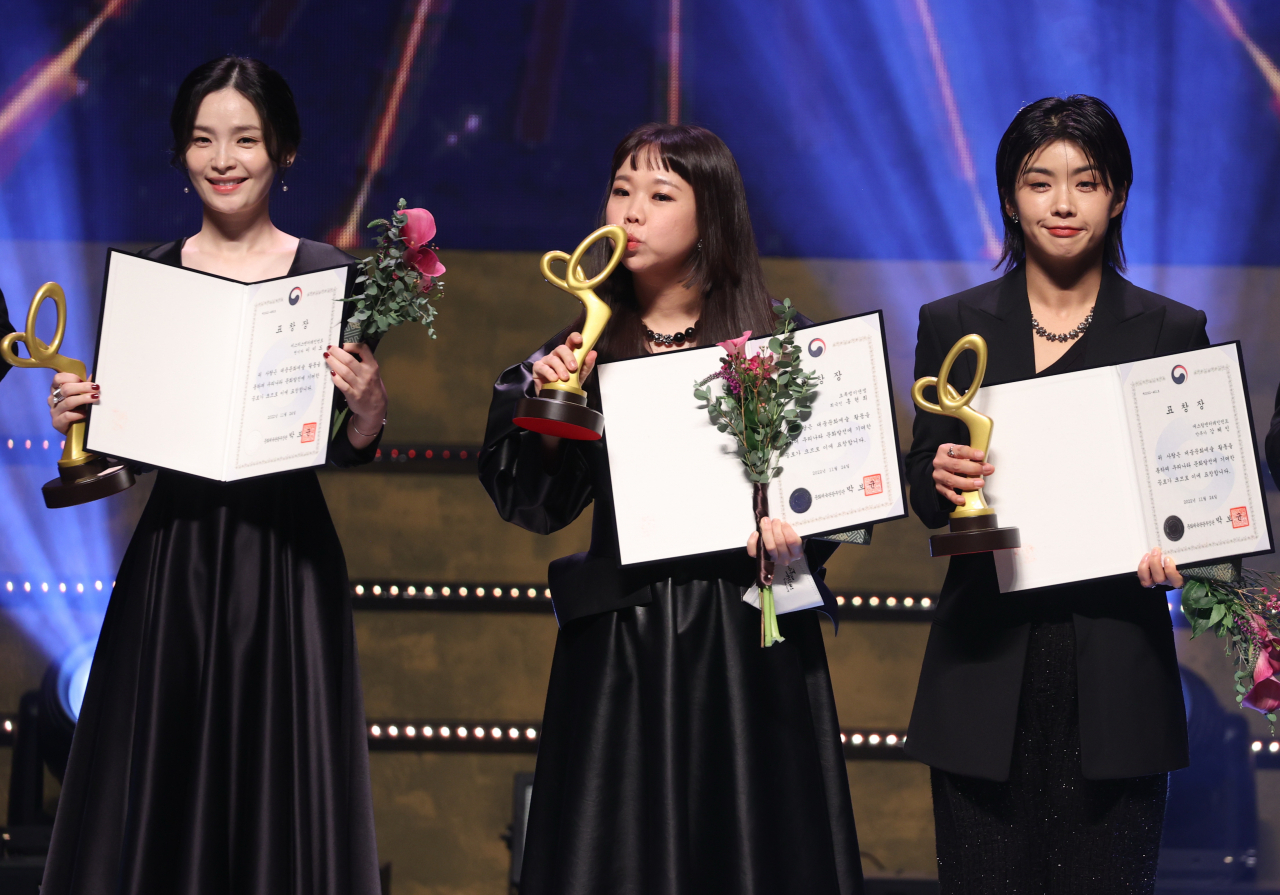 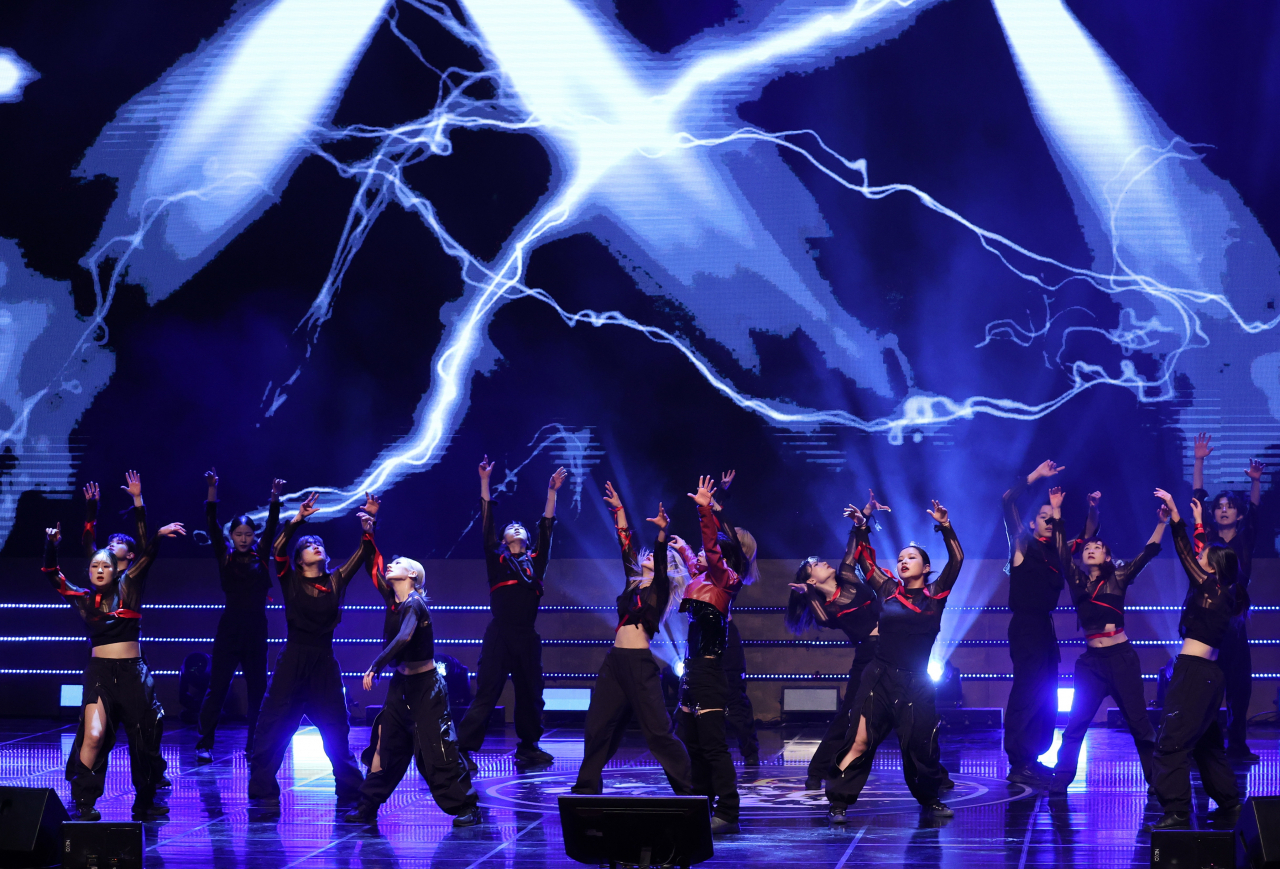 Aiki and her dance crew Hook performs in Korea Popular Culture and Arts Awards at the National Theater of Korea, central Seoul. (Yonhap)

Returning to in-person after three years, the 13th Korea Popular Culture and Arts Awards, which were held on Thursday at the National Theater of Korea, central Seoul, started with a performance by Aiki and her dance crew Hook.

Singer Paul Kim and YooA of girl group Oh My Girl delivered their performances in this year’s award ceremony as well.

“I would like to express my gratitude to everyone, who contributed to spread of Hallyu and raised the country’s profile in the entertainment industry. Korean pop culture caught the world’s attention. K-pop was played across the globe, Korean actors were nominated, won various awards in major international film festivals and our webtoons are enjoyed by both local and global readers,” Vice Culture Minister Jeon Byeong-geuk said in his congratulatory speech. 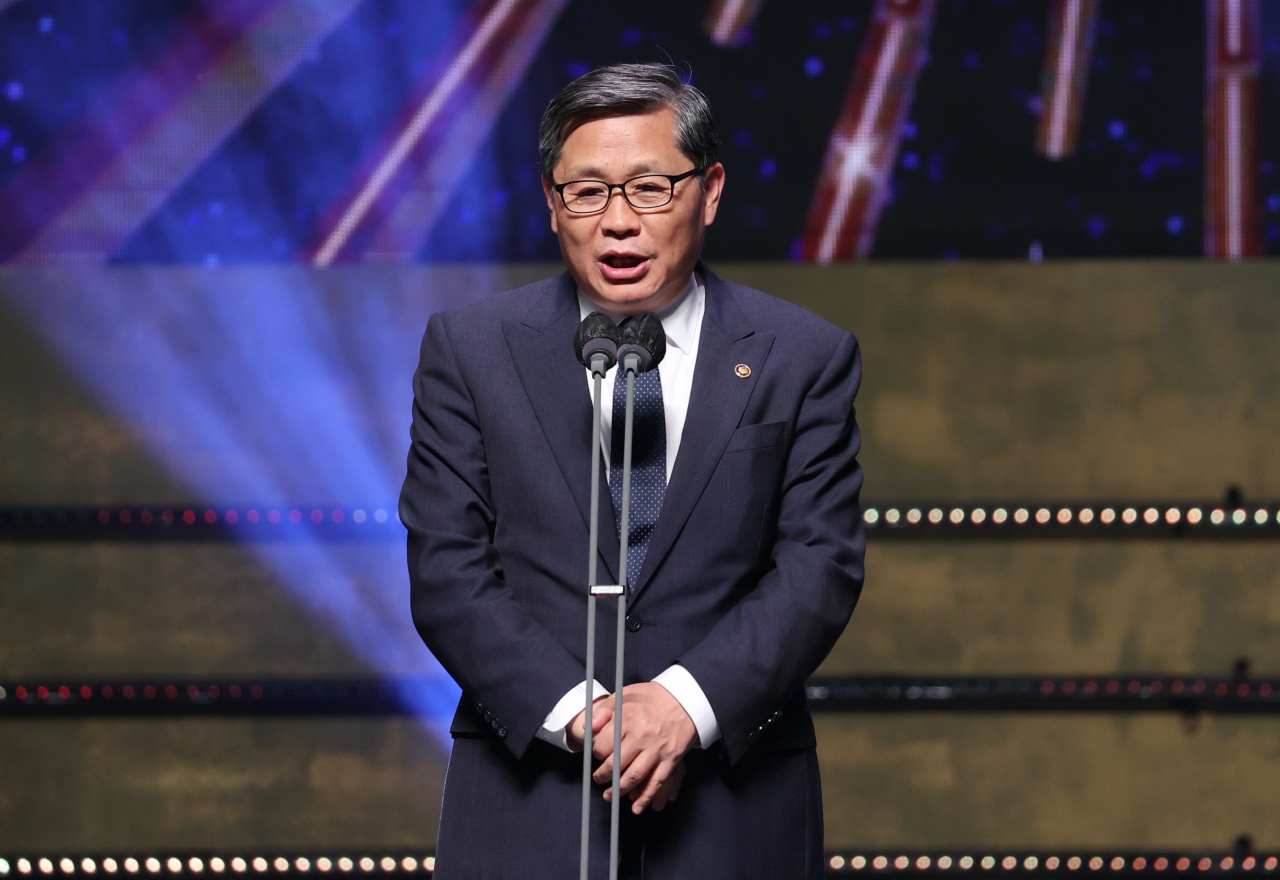 Jeon added that the Culture Ministry will support and promise to be provide a better environment for artists and workers in the pop culture industry to create great content.