As South Korea prepares to take the field in the upcoming opening match against Uruguay, eyes of the fans have fallen on the Korean goalkeeper Kim Seung-gyu as it was the stellar performance by goalkeepers that carried Saudi Arabia and Japan to shocking upsets in their earlier matches.

South Korea and Uruguay will open Group H of FIFA World Cup Qatar 2022 with their match at Education City Stadium in Al Rayyan, just west of Doha. at 4 p.m. local time, 10 p.m. in Korean time. Ranked 28th in the world, Koreans are widely considered underdogs against Uruguay, whose FIFA ranking exceeds them by 14.

If South Korea ends up winning, it will mark the first time in history that three Asian countries won their opening matches at a World Cup tournament. 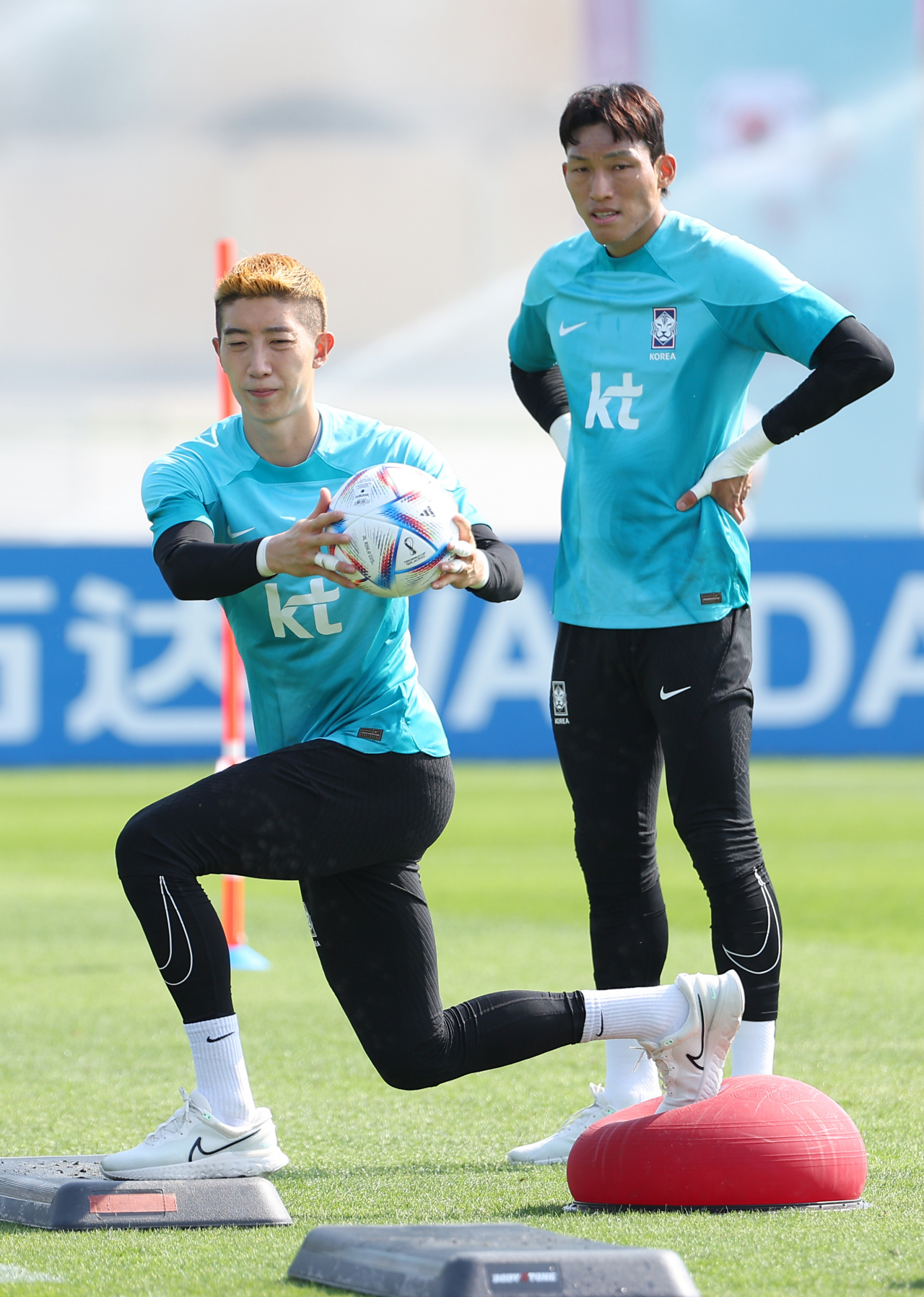 Pressure falls on Kim, the projected starting goalkeeper, as spectacular performances by Saudi and Japanese goalkeepers was what contributed most to their teams' shocking wins over Argentina and Germany, respectively.

On surface, Lionel Messi and Argentina looked to be ahead stat-wise -- including a 69 percent to 31 percent possession rate, 15-to-3 shots and 6-to-2 shots on target. But the third ranked overall team fell short in the most crucial category of goals and saves, as Saudi goalkeeper Mohammed Al-Owais knocked away all but one penalty shot from Messi to carry his team to victory.

It was a similar story in Japan's victory over Germany on Wednesday. Germany fired 26 shots with nine of them on target, but a solitary penalty by Ilkay Gundogan found its mark. Japan, however, made the most of its four shots on target as Ritsu Doan and Takuma Asano respectively netted the equalizer and the winning goal.

The heroics of the Saudi and Japanese goalkeepers were recognized with Man of the Match honors.

When South Korea shocked the world by knocking Germany out of the 2018 World Cup in the last game of the Group F, it was the Korean Jo Hyeon-woo's spectacular performance that helped Korea pull off a 2-0 upset. Jo, who was named the Man of the Match for that game, is backing up Kim in this tournament.

With Uruguay seen as the favorites in the upcoming match, goalkeeper Kim's is projected to be crucial if the underdog South Korea is to pull off an upset.