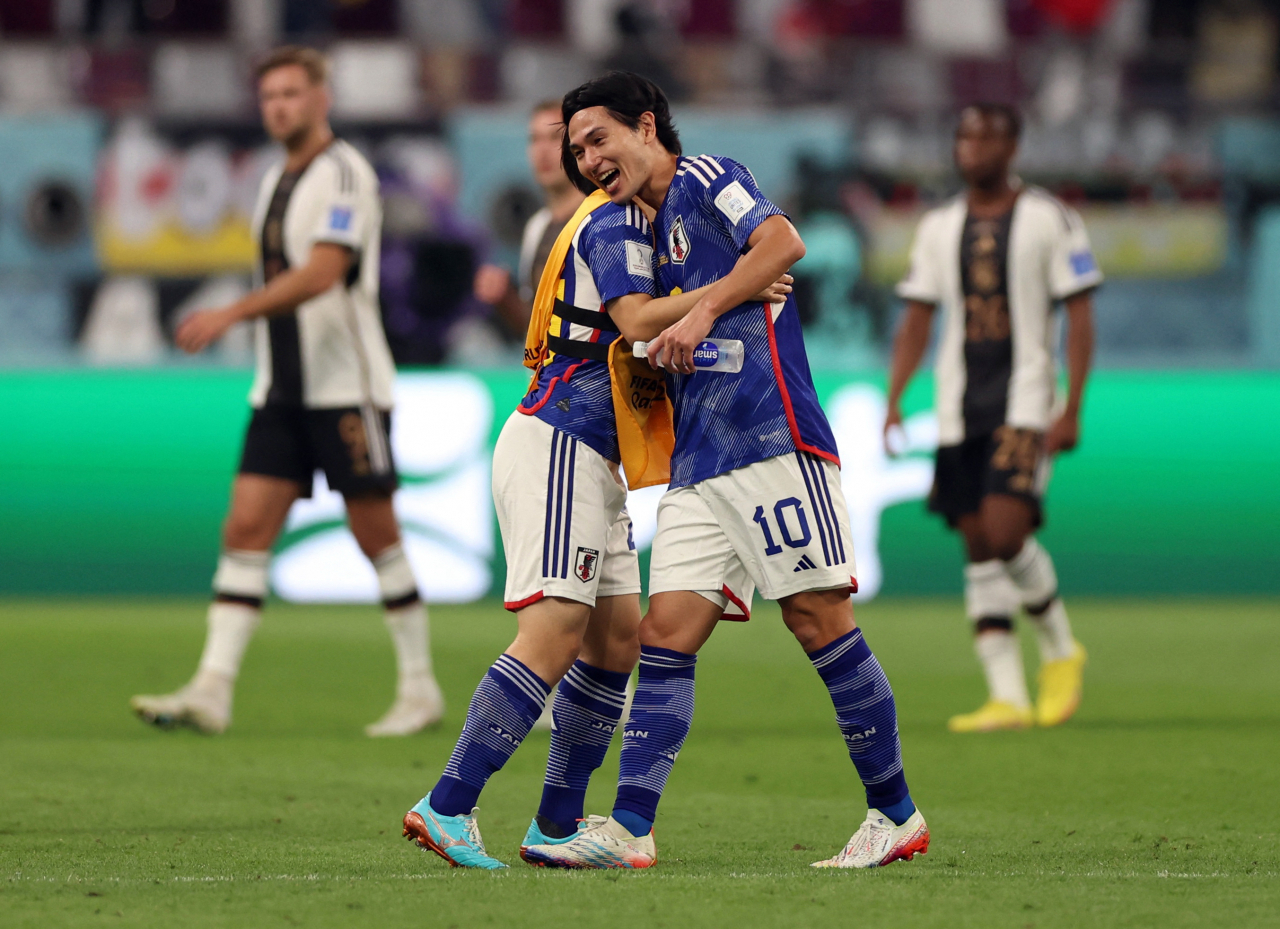 Japan netted two second-half goals to take down Germany 2-1 in Group E action at Khalifa International Stadium in Al Rayyan, just west of Doha. This was the second surprise win by an Asian team in two days, following Saudi Arabia's shock victory over world No. 3 Argentina on Tuesday.

Two Japanese players with connections to the Korean squad said they wanted the Taegeuk Warriors to pick up where they left off. South Korea will face Uruguay in Group H on Thursday.

"I have some friends on the Korean team. (Hwang) Hee-chan is the best friend," midfielder Takumi Minamino said of his former Red Bull Salzburg teammate. "They can also do something special. Yeah, we want to see that."

Takefusa Kubo, 21, was teammates with Lee Kang-in, the fellow 21-year-old from South Korea, at RCD Mallorca for the past couple of years, before the Japanese midfielder moved on to Real Sociedad in July this year. However, their friendship has remained strong.

"Yesterday, he sent me a text and wished me luck for today's match," Kubo said of Lee. "And I will do the same for him for his tomorrow's match. I know that this tournament also is very important for him. And I wish him the best because he's one of my best friends in football." (Yonhap)