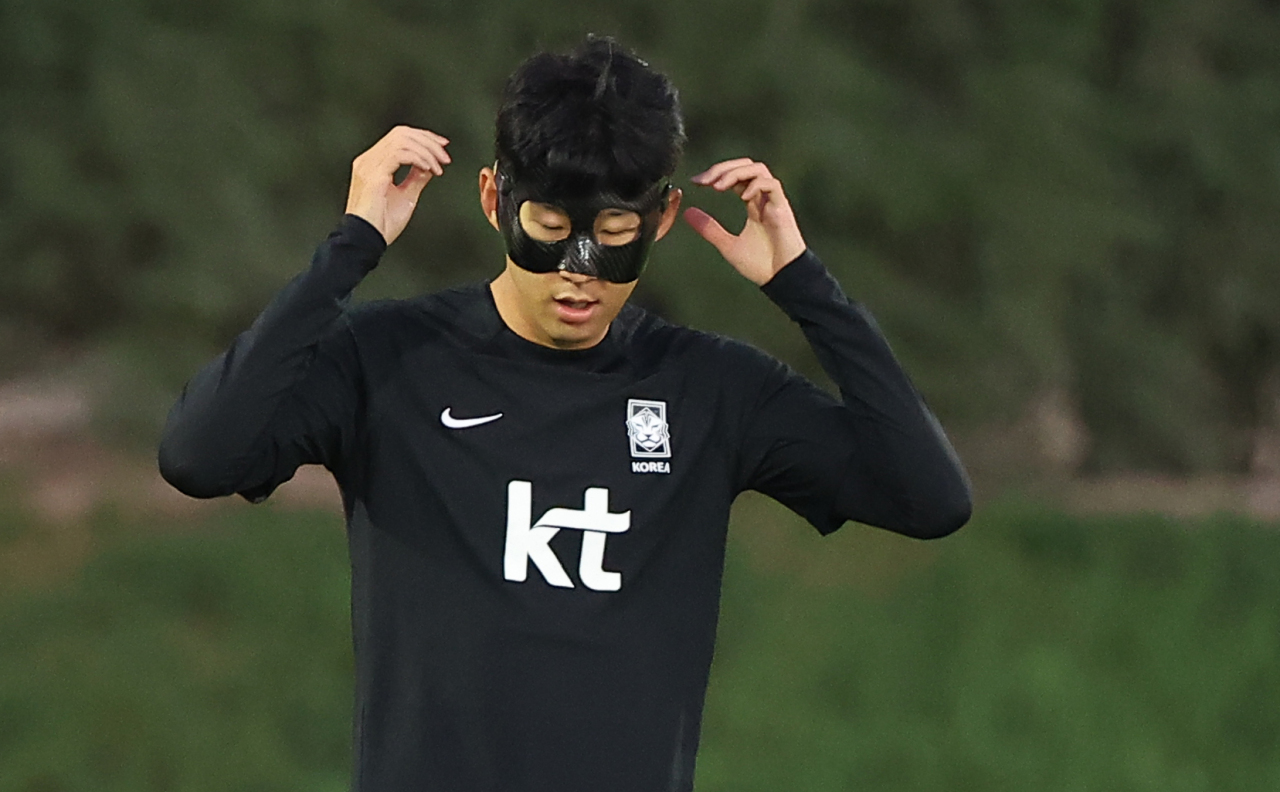 "Sonny will be able to play," Bento said at his prematch press conference at the Main Media Centre in Al Rayyan, just west of Doha, on Wednesday.

Son has been training while wearing a protective mask, after suffering fractures around his left eye in a collision with an opposing player on Nov. 1. He underwent surgery on Nov. 4, and the match against Uruguay will take place 20 days after the procedure.

It kicks off at 4 p.m. at Education City Stadium in Al Rayyan.

"The fact that he would be wearing a mask is not an inconvenience for him. It's rather natural for him," Bento said. "We have stuck to the plan since we arrived here. The way we integrated him into our group shows it has been natural. We'll see tomorrow how it will be. Our hope is he will feel comfortable to the greatest extent possible. And we will use the best strategy so he will be at ease during the game." (Yonhap)