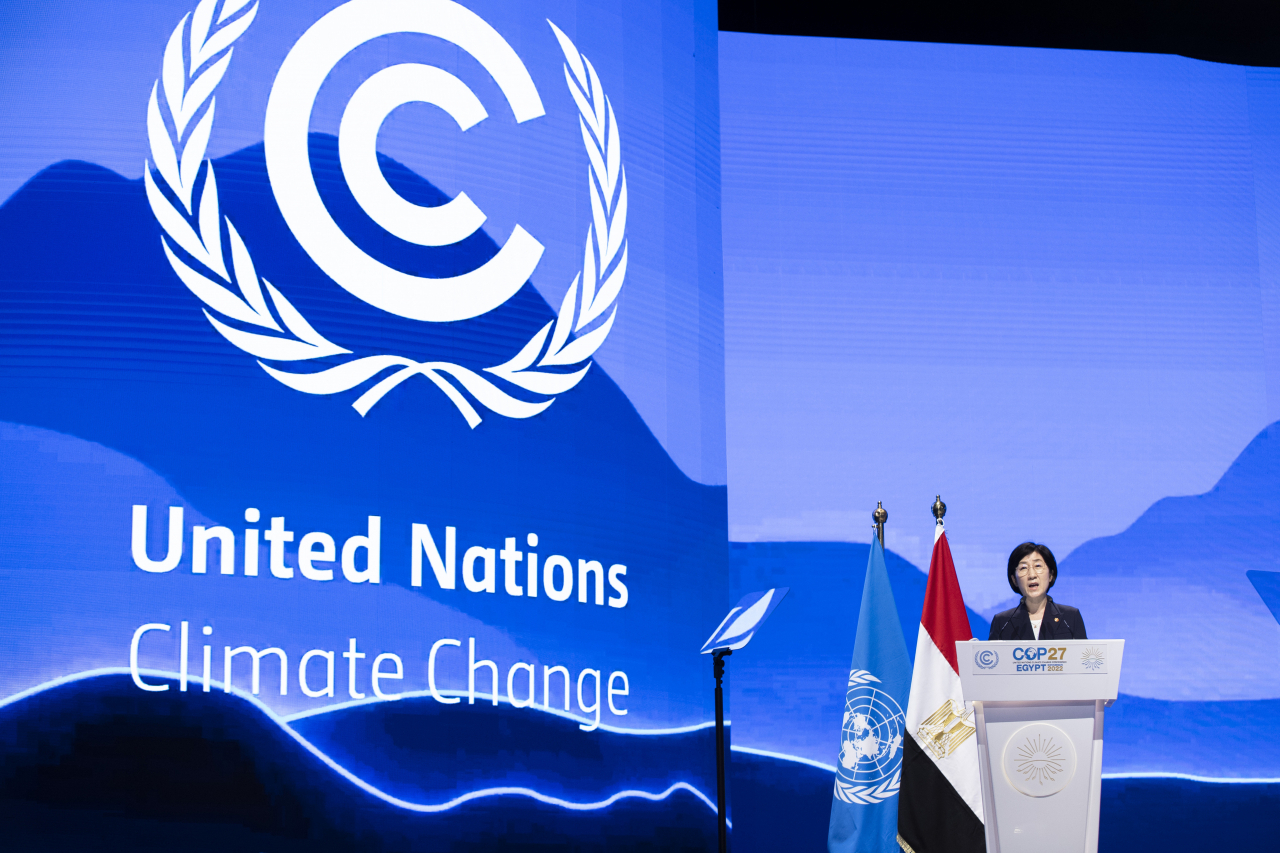 The “loss and damage” funding was at the center of tense negotiations of the UNFCCC COP27 in Sharm el-Sheikh, Egypt. It was no surprise that new funding arrangements for assisting developing countries that are particularly vulnerable to the adverse effects of climate were placed high on the agenda of the climate conference hosted in Africa. The continent contributes less than 3 percent of global emissions, and yet the region remains most vulnerable to the worst climate impacts. Over the course of the 30-year history of UNFCCC negotiations, it was the first time that establishing new funding arrangements for loss and damage was added to the official agenda of COP. After the marathon talks for the past two weeks, countries finally agreed on a deal to set up a loss and damage fund, which will mark a milestone in the history of climate negotiations.

Equally important issues addressed at COP27 were mitigation and adaptation. COP27 significantly advanced the work on mitigation with the launch of the mitigation work program, aimed at urgently scaling up mitigation ambition and implementation. With this program, governments will be invited to share their views on sectoral mitigation policies, emission reduction technologies and just transition.

Countries saw significant progress on adaptation as well, as they agreed on the way to move forward on the Global Goal on Adaptation. They agreed to develop a framework to guide delivery of the goal and track progress.

With such progress on all major issues, COP27 has laid the foundation for implementation. As its theme “Together for Implementation” suggests, however, much work remains to be done for developed and developing countries alike. As a bridge between them, Korea has much to offer developing countries, especially its policy experiences with mitigation and adaptation.

For mitigation, last year Korea developed scenarios for a 2050 carbon neutrality and announced its ambitious greenhouse gas emission reduction goal for 2030. We are also working to establish an NDC implementation road map and develop sectoral and annual emission reduction targets as well by 2023, supported by science-based decision making process, participatory governance and open communication. Once the road map and targets are established, the Presidential Commission on Carbon Neutrality and Green Growth is in charge of conducting annual evaluations and providing feedback to better achieve the 2030 NDC target.

For adaptation, Korea started its action by establishing its national adaptation plan in 2011. In 2012, Korea’s entire local governments have established their own adaptation plans. In an effort to share its best practices in adaptation policymaking, Korea will host the Global Adaptation Week, the largest international event of its kind in Songdo, Incheon, in August 2023. The ministers from Europe, Australia, Canada, Mongolia and UAE whom I met with during COP27 called for Korea’s greater role in supporting developing countries’ effort to build adaptive capacity and climate resilience. In response to such call, the Global Adaptation Week will bring together all countries at different development stages and open up constructive discussions on adaptation finance, technology support and capacity building.

Korea has already started its action to guide developing countries toward a carbon-neutral, greener future. Last September at the UN General Assembly, President Yoon Suk-yeol pledged to scale up Korea’s Green Official Development Assistance to support developing countries’ low-carbon transition and share innovative green technologies with the rest of the world. In the same context, on last Nov. 14, the Ministry of Environment of Korea and the Ministry of Public Works and Housing of Indonesia jointly launched the Green Transition Initiative (GTI) on the occasion of the G-20 Summit in Bali. With this initiative, the two countries will be able to cooperate in a more integrated way on green infrastructure development projects in various climate-related fields such as water resources, waste management, renewable energy and green cities. The GTI will start from accelerating climate action in the Asia-Pacific region, but ultimately develop into an international platform for climate action with broad participation from international organizations.

As head of the delegation to Sharm el-Sheikh, I met with ministers and heads of delegations, all of whom had high expectations on what Korea could deliver. Providing a clear guidance for developing countries in their path toward a carbon-neutral, greener future could be one of the best ways for Korea to live up to such expectations.

Han Wha-jin is environment minister of Korea. Views expressed in this article are her own. -- Ed.