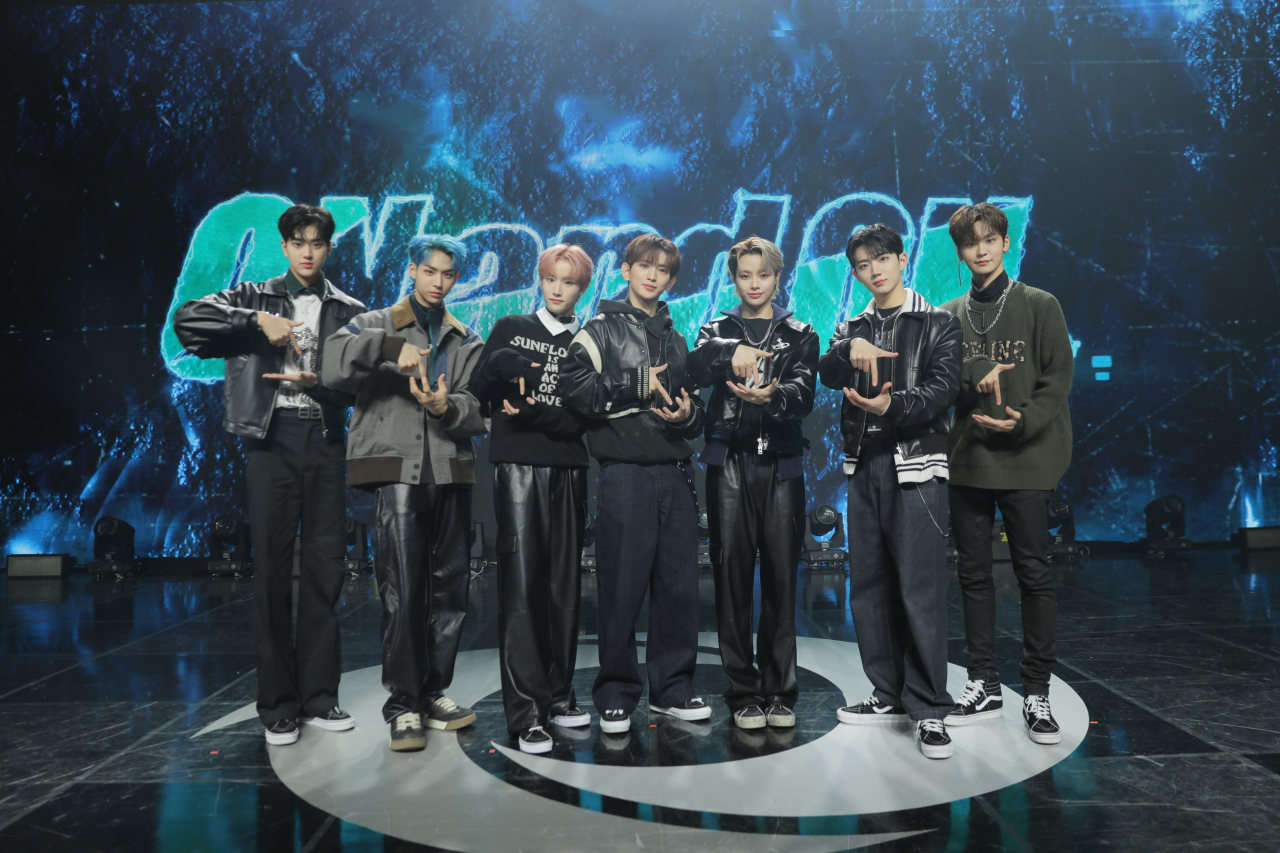 Rookie boy group Tempest poses for photos during a press showcase event for its third EP, “On and On,” at Sungshin Women's University in Seoul, Tuesday. (Yue Hua Entertainment)

Rookie boy group Tempest made a speedy comeback with its third EP, “On and On,” on Tuesday. The new release marked the act’s return to the stage just three months after the release of its second EP “Shining Up” in August.

The septet aims to show a strong will to achieve its dreams through the latest EP, the band’s leader Lew said at a press showcase event held at Sungshin Women's University in Seoul ahead of the EP’s release at 6 p.m. “Listeners will be able to feel our seasoned side and boyish charms this time,” he added.

Since its debut in March with “'It's Me, It's We,” Tempest has become known as a group that releases new music quickly. Member Hyuk said it was possible because of the act’s confidence in presenting well-prepared music and performance.

“I believe the meaning of ‘On and On’ especially represents Tempest’s goals,” Lew said. “All the bandmates kept up their efforts to be full-fledged artists. This time, we’ve tried to add prodigious charisma to match the title song’s concept.”

Leading the four-track EP is “Dragon,” a hybrid trap song that features aggressive mid-bass sounds and syncopated drum sounds to sing the act’s dreams, describing the group’s dreams as a flying dragon. The other songs on the EP are “Taste the Feeling,” “Loving Number” and “Raise Me Up.”

Tempest set unprecedented records as a rookie group, selling more than 75,000 copies in the first week of its debut album and over 70,000 copies of the second EP. As a result, Tempest won the male rookie of the year award at the 2022 Genie Music Awards earlier this month. The septet has also been nominated for the best new male artist for the upcoming 2022 MAMA Awards.

Returning to the stage after nabbing the trophies, Hyeongseop felt some pressure to outperform for the new album, but it was “in a good way,” he explained. Meanwhile, Lew thought the wins were encouragement to work harder, the leader said.

“Previously, we aimed to clinch a rookie award. Thankfully the dream has come true already. We promise to not forget our humble beginnings,” Lew said. “Our next goal is to top the chart on a local music show with the recent album. Another goal is to hold an exclusive concert next year.”

Hyeongseop also mentioned that his goal is to go on a world tour to build a stronger connection with the group’s fans onstage. In the meantime, Hwarang vowed to show the group’s best performance whenever the group can take to the stage to showcase its music and dance moves.