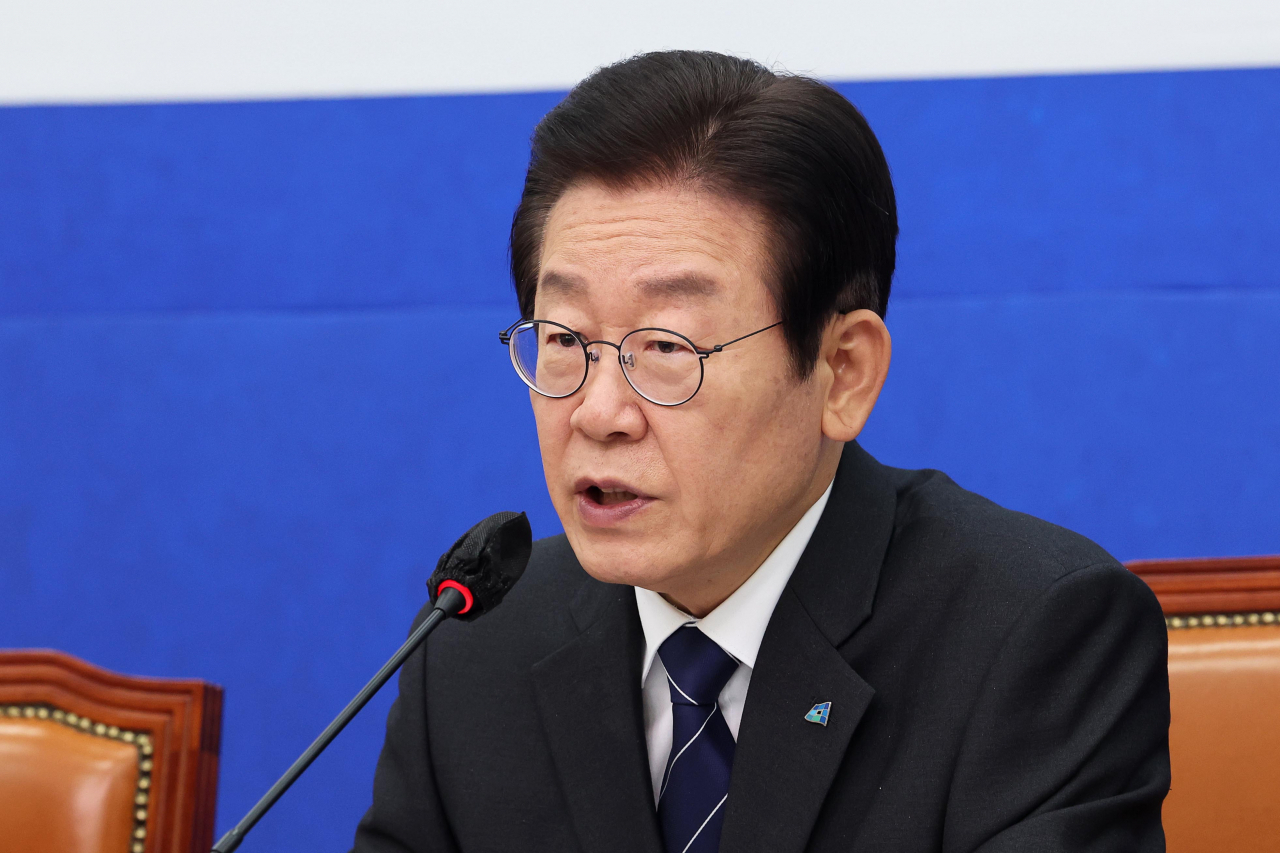 South Korea's main opposition Democratic Party of Korea is facing another blow over a property development corruption scandal as its leader Lee Jae-myung’s closest confidant was arrested. The party is also engulfed with concerns as the prosecution investigation comes closer to Lee.

Jeong is currently suspected of accepting about 140 million won ($104,000) worth of bribes between 2013 and 2020 from property developers in exchange for business favors for the project pushed for in Seongnam, Gyeonggi Province, while Lee was the city’s mayor. During the period, Jeong served as a senior policy secretary to Lee who later became the governor of Gyeonggi Province.

The prosecutors' office is expected to ask Jeong whether Lee was involved in the Daejang-dong land development scandal, which Jeong has consistently denied.

An associate of the Democratic Party on Sunday said on the condition of anonymity, “It is true that there are concerns within the party.”

The associate added that many from the party think that the court's granting of the arrest warrant indirectly shows that the charges against Jeong could be real at least to a certain extent.

With Jeong being arrested, the Democratic Party is now worried that its leader Lee could be the next target of the investigation. Some party members predicted Lee could be summoned for questioning as early as December.

If so, Democratic Party chairman Lee's leadership could be tested, nearly three months after his inauguration. Party policy drives in the National Assembly could also suffer a setback if the investigation closes in on Lee, as some have anticipated.

Regarding the court’s decision, Lee on Saturday wrote in a Facebook post, ”I believe that truth will never sink even in the face of blades of manipulation,” defending Jeong, whom he called his close “political companion.”

In his post, Lee added, “My only concern is that the government is neglecting the livelihoods of the public” by being engrossed in attacking himself and the main opposition party.

On the arrest of Jeong, the Democratic Party has currently made clear that the party will unite to fight against the ongoing investigations targeting the main opposition party‘s leader and his aides.

A member of the Democratic Party, and supporter of Lee, said on the condition of anonymity, “The all-round investigation into the main figures of the opposition party is an attempt to slay Lee, a potential presidential candidate for the next election, as well as the main opposition party.” Within the party, “Most seem to want to unite and fight against the Yoon Suk-yeol administration and prosecutors.”

However, not all Democratic Party members shared the view.

A member of the Democratic Party, who is not a member of the pro-Lee wing, said “pro-Lee wing members ignored other party members’ concerns over Lee’s own judicial risks in the latest voting in the party's leadership race.

During the race for party leadership in August, other candidates warned that the party could face difficulties if Lee takes the chairmanship.

The Democratic Party's leadership will be also questioned as it failed to stop prosecutors from arresting Jeong, as well as Kim Yong, another close aide of Lee.

Kim, the deputy head of the Democratic Party‘s Institute for Democracy think tank, was indicted earlier this month on charges of receiving hundreds of millions of won in illegal political funds from real estate developers.