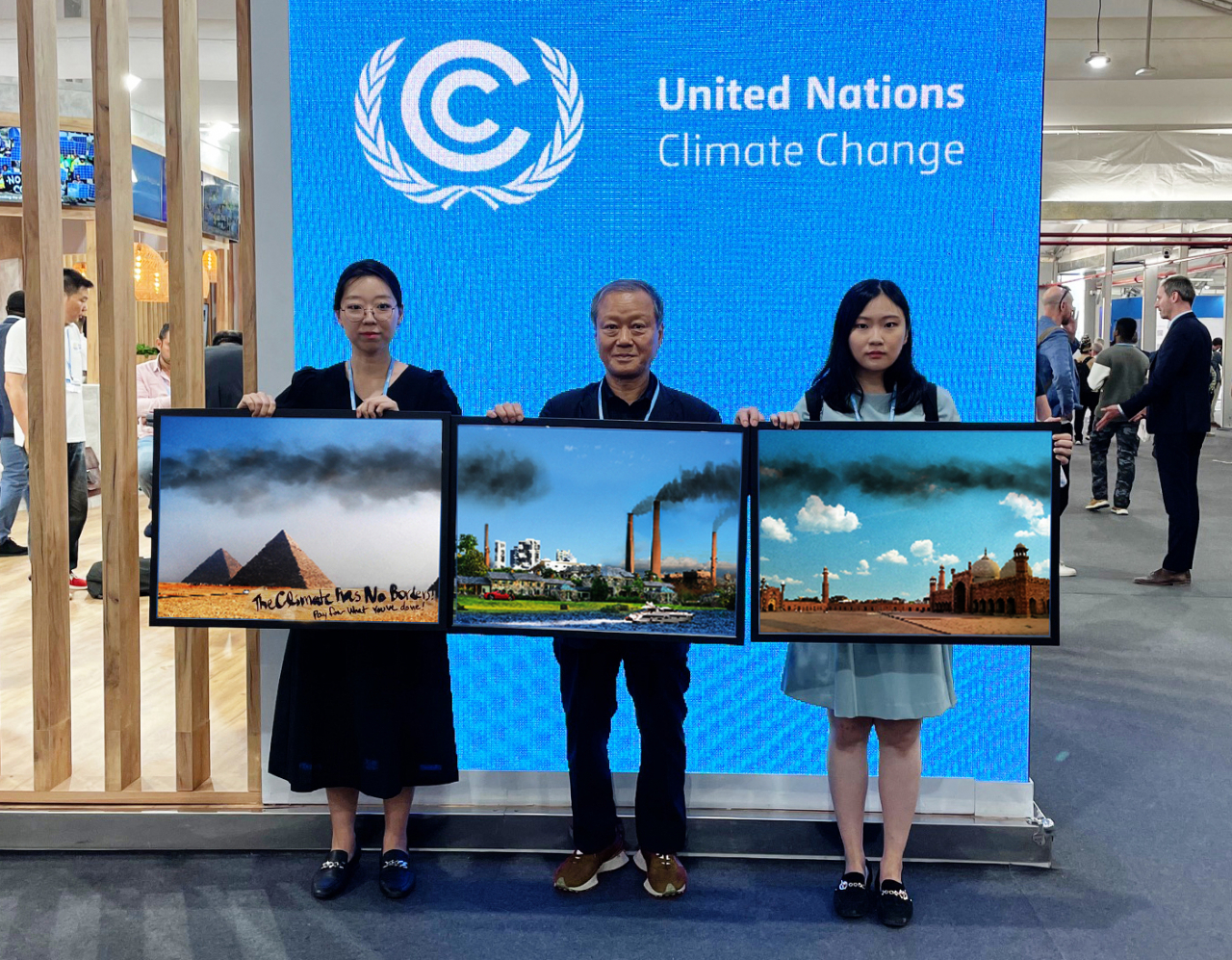 At the 21st Conference of the Parties (COP21) held in Paris in 2015, activists hold up a selection of photos to illustrate the message "There is no border in the sky." (Green Foundation and Jeski Social Campaign)

The K-Green Foundation and Jeski Social Campaign, which hosted an exhibition along with the message "The Climate Has No Borders," said responsibility for the climate crisis is a task for mankind and it does not belong to a specific country.

Through the exhibition, they are asking delegates from each country who participated in COP27 to ask themselves "why they gathered here" and "what they should discuss first."

Choi Yul, chairperson of the K-Green Foundation, who hosted the exhibition performance, said, "Pay for what you've done. I want to tell developed countries to spend one-tenth of their military spending on climate disasters in developing countries."

"In this regard, we welcome the adoption of 'loss and damage,' which focuses on solving losses and damages in developing countries due to the climate crisis, on the opening day of the COP27," he said.

K-Green Foundation Director Lee Je-seok, a public advertisement expert who participated in the exhibition as an art director, said, "I expressed the problem of climate inequality intuitively in my work and displayed it in a 360-degree circle to convey the meaning that the damage will eventually return not only to developing countries but also to the main culprits of the climate crisis."

With the K-Green Foundation, Lee has been consistently participating in the Conference of the Parties to the United Nations Framework Convention on Climate Change to publicize environmental issues.

At the 15th Conference of the Parties (COP15) held in Copenhagen, Denmark in 2009, a performance was held with a huge environmental poster with the message, "Sparrows cannot clean up elephants' poo."