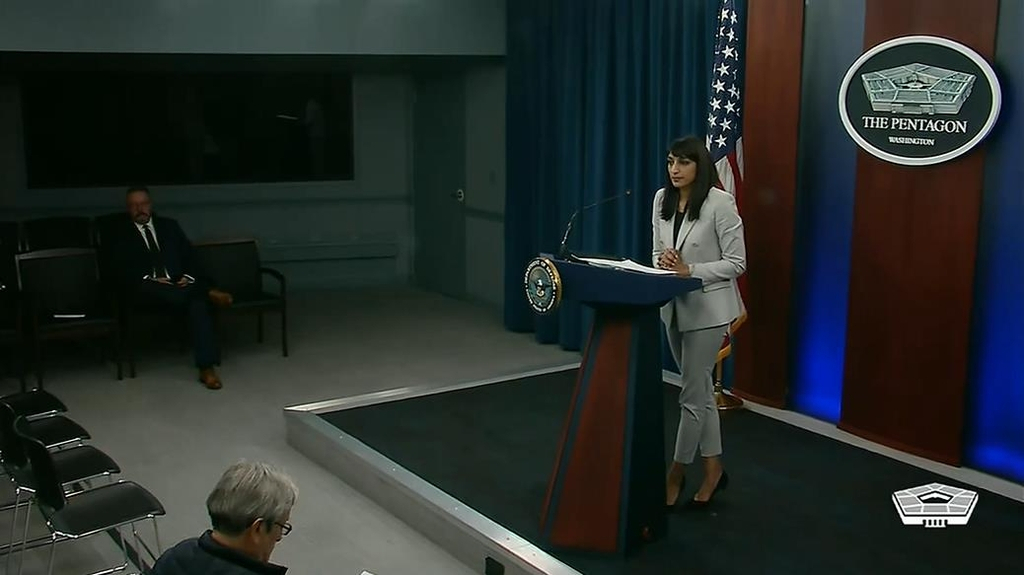 North Korea fired a short-range ballistic missile into the East Sea on Thursday in its latest military provocation that came after an eight-day hiatus.

"It continues to be destabilizing that they launch these ballistic missiles and if they continue to do that, it just further destabilizes the region," deputy spokesperson for the defense department Sabrina Singh told a press briefing.

"Our commitment remains strong to the Republic of Korea and Japan," she added.

The Department of State earlier condemned North Korea's latest missile test as a threat to the region and international community.

Pyongyang staged a record number of missile tests this year, firing a barrage of more than 50 short and long-range missiles since Sept. 25.

"We are always going to stand up for our allies and partners around the world and particularly in the region and we have called on North Korea to stop these ballistic missile launches," said Singh. (Yonhap)