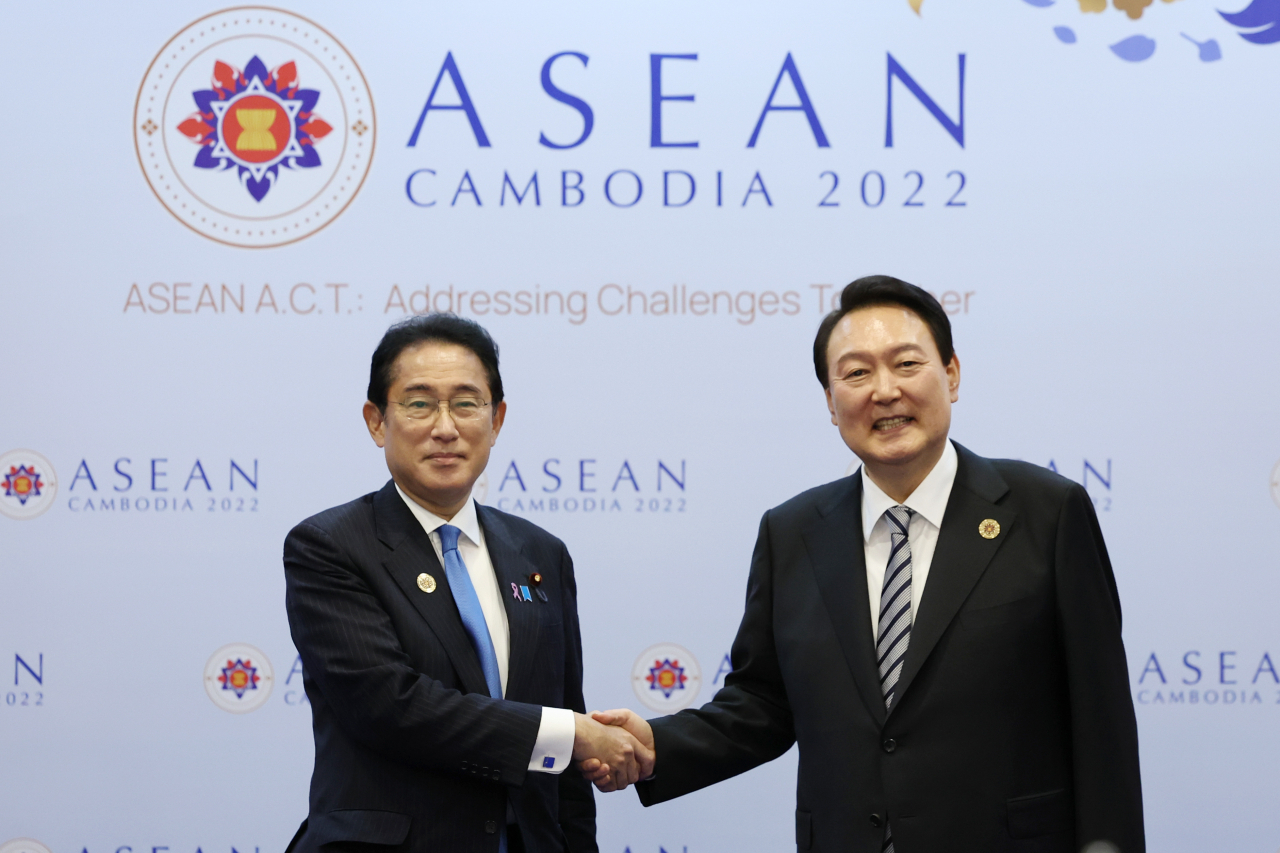 Speaking on condition of anonymity, a senior presidential official who attended the Korea-Japan summit, told reporters that Yoon and Kishida affirmed that discussions on the resolution of the forced labor issue were underway and they “well received” the progress of the consultation.

“Well received” means that the solution between the working-level officials of the two countries has been narrowed down to one or two solutions to some extent, he said.

Yoon met Kishida bilaterally on the sidelines of the ASEAN Summit on Sunday. The leaders of the two countries sat face to face two months after their first meeting at the UN General Assembly in New York in September.

The official said the atmosphere of the summit was that the two leaders wanted to find a way to “quickly resolve the problem” and “settle the problem quickly” over not only forced labor issues but also the thorny relationships between the two countries.

He said it can be interpreted as a very positive and active sense of unity.

The issues of Korea-Japan relations, export regulations, General Security of Military Information Agreement, forced labor and Japanese military sexual slavery are all connected, he said. “That is why President Yoon also said that a comprehensive solution is needed.”