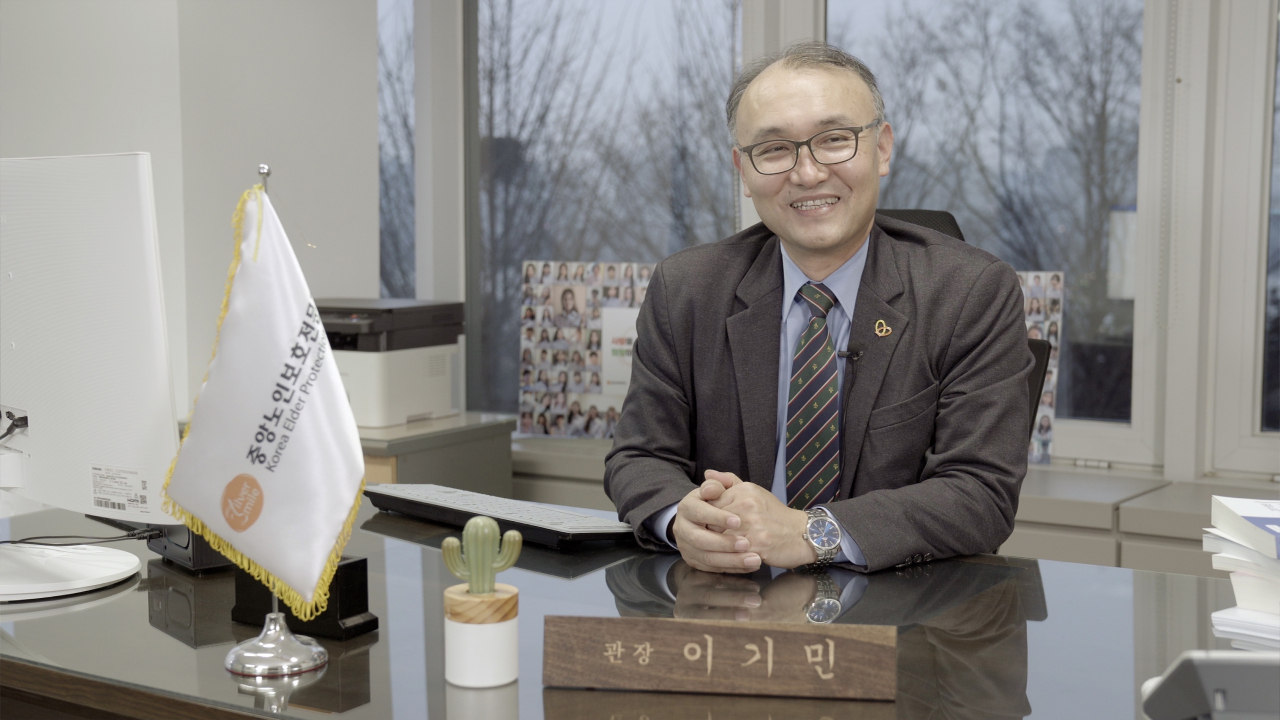 The statutory agency, created in 2006 under the amendments to the Welfare of the Aged Act, aims to prevent senior abuse and improve awareness of older adults. The agency is now responsible for operating 37 local elderly protection agencies and 19 shelters for abuse victims.

The agency’s key services include providing temporary protection, legal consultations and professional counseling. In addition, it has education and communication programs aiming to raise the public’s awareness of issues related to the elderly and to educate employees of senior care centers on elderly human rights issues.

Lee explained that interventions such as checking in and immediate responses are critical for preventing abuse in later life. “We must strengthen protection of victims and responses to perpetrators in order to prevent senior abuse from happening repeatedly,” he stressed.

The agency has recently launched Navisaegim, a mobile reporting application that helps anyone safely report elder mistreatment on the spot. The name Navisaegim refers to “engraving in one’s mind” respect for older people.

Navisaegim does not require membership for access, and the app guarantees anonymity to anyone filing a report with minimum information required for reporting. The application is designed to enable its users to easily upload pictures, videos and audio files to file immediate reports. The app was launched during the COVID-19 pandemic, when restricted visitations and building access were in place at homes, hospitals and other care establishments. These restrictions resulted in senior abuse cases often going unnoticed. Under the search words “elderly abuse” in Korean or “Navisaegim,” the app is available in both the Google Play Store or in the Apple App Store.

“To prevent a relapse into elderly abuse, in addition to protection for victims it is fundamental to provide abusers with proper rehabilitation programs which include counseling, education and psychological therapy,” Lee said. Refusal to undergo or disruption of the rehabilitation program is punishable by law under amendments to the Welfare of the Aged Act, which came into force this July.

The elderly population is estimated to soar up to 10 million by 2025. In response, the government has so far put in place a legal framework that imposes preventative and early intervention measures. These measures include adding more professionals to the list of mandatory reporters of suspected maltreatment and strengthening recidivism prevention programs. In addition, the National Day for Elderly Abuse Prevention has been observed each year on June 15 since 2018.

Indeed, a survey done in 2020 shows a whopping 650,000 or 7.3 percent of the entire elderly population answered that they have experienced mistreatment at least once or more in their later lives.

“Elderly abuse is often perceived as a merely private or family matter, but actually it is not. Now we have to see it as a social issue. We need to keep an eye on our aging neighbors who may fall victim to abuse. If it is really happening and you pick up the signs, the best thing you can do is to report it immediately to the relevant authorities,” Lee stressed.

Anyone at any time and in any place can report senior abuse by calling 1577-1389 or by using the Navisaegim app on their smartphone.