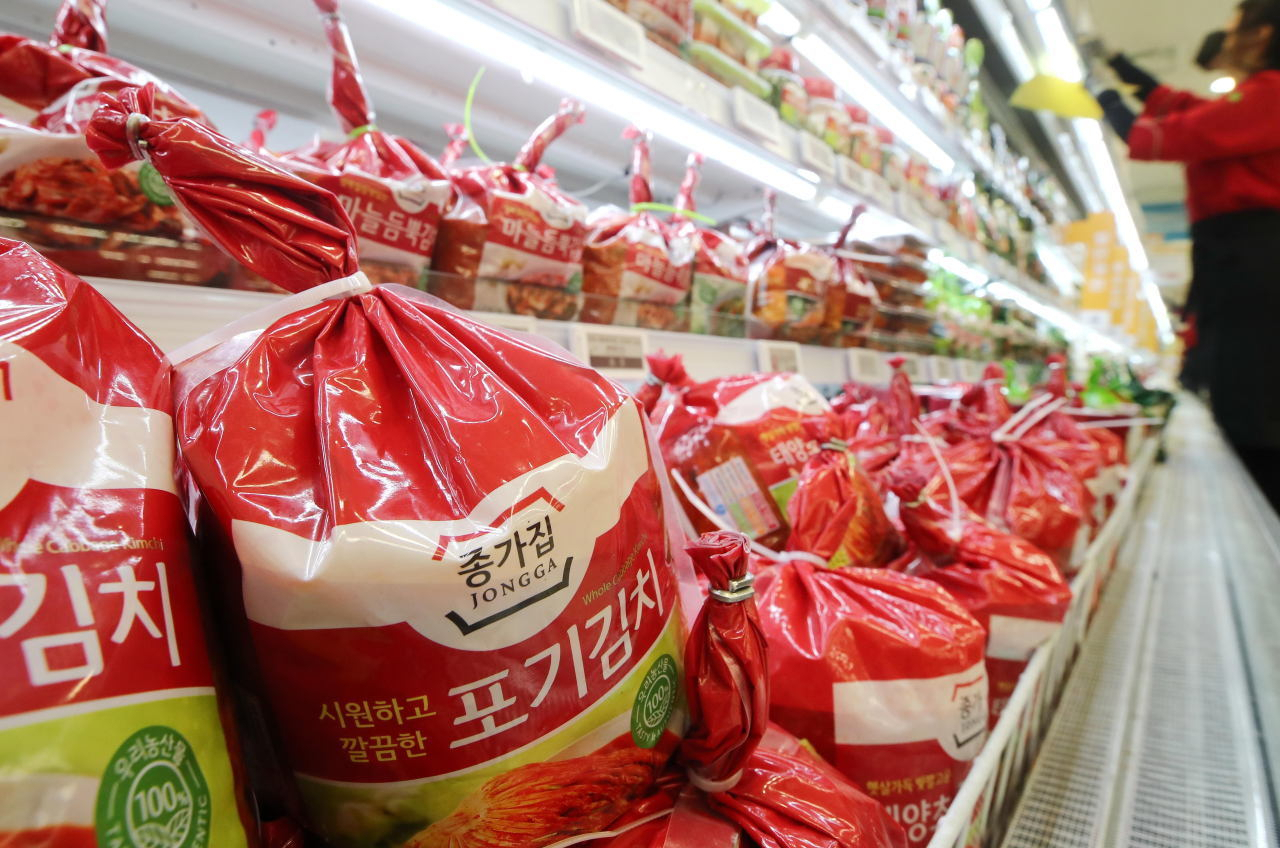 Packaged kimchi is displayed on the shelves of a discount store in Seoul, Oct. 12, 2021. (Yonhap)

Inbound shipments of the spicy Korean traditional side dish stood at a record $17.02 million last month, up 50.9 percent from a year earlier, according to the data from the Korea Customs Service.

It was also up 16.2 percent from the previous month and marked the first time for South Korea's monthly kimchi imports to surpass the $17 million mark.

The country's kimchi exports came to $11.13 million in October, resulting in a trade deficit of $5.89 million in the sector.

The surge in October kimchi imports was attributed to rising prices of cabbage, other ingredients and locally made kimchi products, which prompted restaurants and other users to resort to cheaper imports from China.

The data also showed South Korea's kimchi imports soaring 30 percent on-year to $142 million in the first 10 months of this year. In contrast, kimchi exports shrank 12.8 percent to $119 million, leading to a trade deficit of $23 million in the sector.

Given that, South Korea's kimchi trade balance is widely expected to swing to a deficit for all of 2022 from last year's $19.2 million surplus, the first black ink in 12 years. (Yonhap)