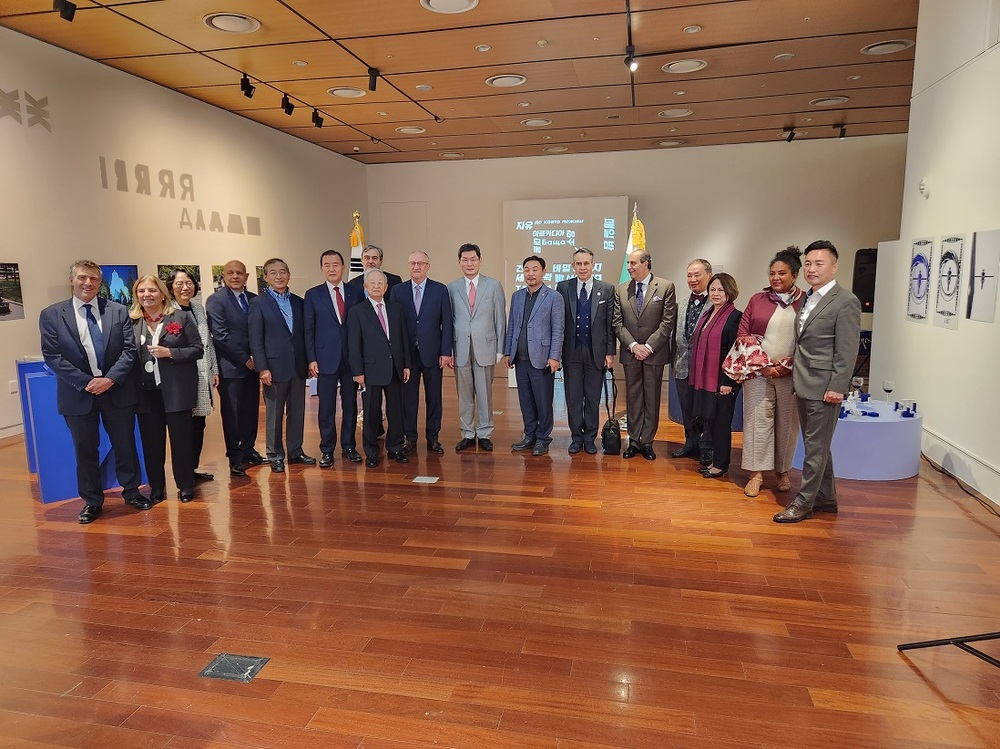 Bulgarian Ambassador to Korea Petko Draganov(ninth from right) and guests of the ‘hidden letters’ exhibition on Cyrillic and Hangeul pose for a group photo at the Korea Foundation's gallery in Seoul Thursday. (Bulgarian Embassy in Seoul)

The embassy presented the "Hidden Letters" exhibition, centered on the Cyrillic alphabet and Hangeul through a vernissage for diplomats, international organizations, local and central authorities, businesspeople and media personalities.

“Bulgarians and Koreans share a common respect and yearning for education and knowledge,” stressed Draganov, noting the special days set aside to mark the creation of Hangeul on Oct. 9, and the Cyrillic script on May 24.

Knowing more about each other will bring Bulgarians and Koreans closer together and strengthen their partnership to overcome existential challenges, said Draganov.

“Because we have the knowledge, we have the technology, and we have the culture that unites Bulgarians and Koreans,” the ambassador added.

The ambassador also congratulated Kim Ghee-whan, the newly appointed president of the Korea Foundation and thanked Korea foundation for its support to the Bulgarian Embassy.