Recently, a local court cleared a 54-year-old man of stalking allegations, although the accused had apparently harassed his ex-girlfriend with repeated phone calls. The logic behind the verdict? She didn’t answer the phone.

“While the (accused) called, the ex-girlfriend did not talk to him on the phone. The sound of the phone ringing cannot be regarded as the sound that was transmitted to the recipient through the information and communications system. ... Even if records of unanswered calls (from the accused) had appeared on her phone, it is just a function of the phone and cannot be seen as a sign sent by the accused,” the Incheon District Court said in its ruling.

While the verdict sparked has public outcry, it was revealed that similar rulings of stalking charges being dropped on account of the victim not answering the phone had occurred at least three other times this year.

The latest dispute added to the question: Is the 1-year-old stalking law actually effective at all in curbing the crime? 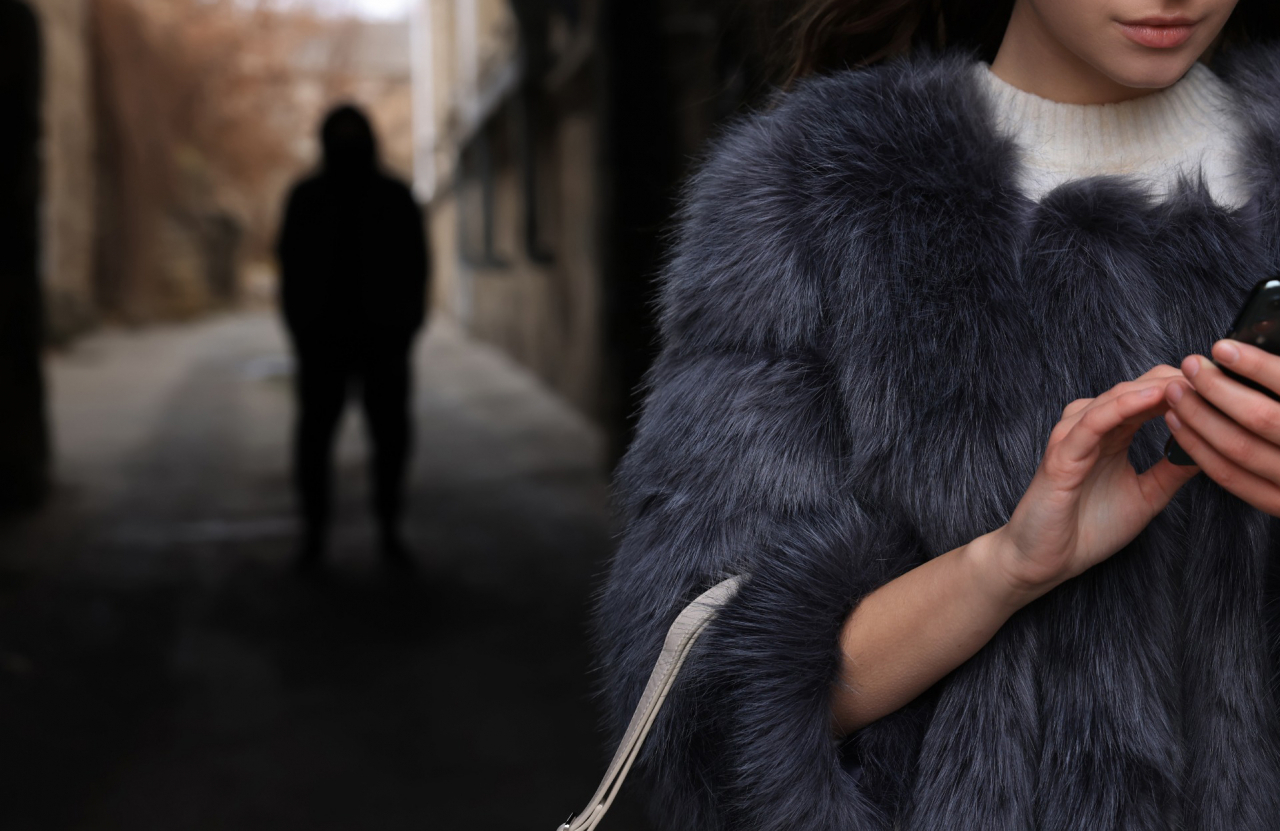 This photo is not directly related to the story. (123rf)

‘Stalking is five types of behaviors’

The Act on the Punishment of Stalking Crimes took effect in October last year amid rising public awareness on the severity of stalking crimes.

Under the law, five specific types of behaviors constitute stalking: 1) approaching the subject, following or blocking one’s path; 2) waiting for the subject or spying on him or her at one’s residence, workplace, school or anywhere one regularly stays at; 3) using the mail, phone, fax or any type of information and communications system to deliver code, words, sound, image, or motion picture; 4) delivering an item or items to the subject in person or via a third party or leaving the said item(s) near or at the subject’s residence; 5) damaging an item or items near or at the subject’s residence.

But the law’s implementation so far has revealed several chinks in the armor, with unanswered phone calls apparently among them.

The Korean Women Lawyers Association, in response to the latest ruling on the unanswered calls, criticized the court for narrowly interpreting the stalker clause, which it said resulted in the law failing to serve its original purpose -- protecting victims from their perpetrators.

The current law, by confining the definition of stalking to the five types, fails to cover the various ways of stalking that occur in real life, the group claimed.

As for the case with the unanswered calls, the basis of the court’s ruling was a decision in 2005 by the Supreme Court. A simple act of ringing the phone does not suffice as “content that arouses fear in the form of sound,” as defined by the Information and Communications Network Act, the top court had said at that time, the logic of which was repeated in the aforementioned ruling.

“(This ruling) overlooked that the legislative purpose of the Information and Communications Network Act and the Act on the Punishment of Stalking Crimes are completely different, with the former looking to protect those using the network and the latter aiming to protect those who had fallen victim to stalking,” the KWLA said.

The prosecution appealed the case.

“Repeated calls is a classic act of stalking, and the presence of unanswered calls is enough to cause terror and unease upon the victim. … The anti-stalking law clearly states that an act of (an offender) spying on the victim or waiting near the victim’s residence is a form of stalking. It is unjust to say just for phone calls whether or not the victim picks them up determines whether it constitutes a crime or not,” the prosecution argued.

Even with the anti-stalking law in place, tragedies have continued, some shedding light on the law’s limitations.

In September, 31-year-old man named Jeon Joo-hwan killed his former colleague who was on duty at a subway station in Seoul, after the victim refused to drop charges against him for stalking and illegal filming. Faced with the prospect of nine years in prison, the begrudged man murdered the woman.

The case led to public scrutiny of the current law that says the perpetrator cannot be prosecuted if the victim objects. Experts say this puts pressure on the victim and potentially exposes them to further danger, since stalkers know they can walk free with the victim’s agreement.

Last month, in response to mounting public calls, the Ministry of Justice said it will seek to revise the law so stalkers can be punished regardless of what the victim says.

“Because the (stalking) case can be dropped just if the victim would agree to do so, it can lead to the (offender) threatening and harassing the victim. In the end, the offender can hold a grudge and even kill the victim,” Lee Soo-jung, a professor of forensic psychology at Kyonggi University, said in a media interview, urging that the clause be removed. 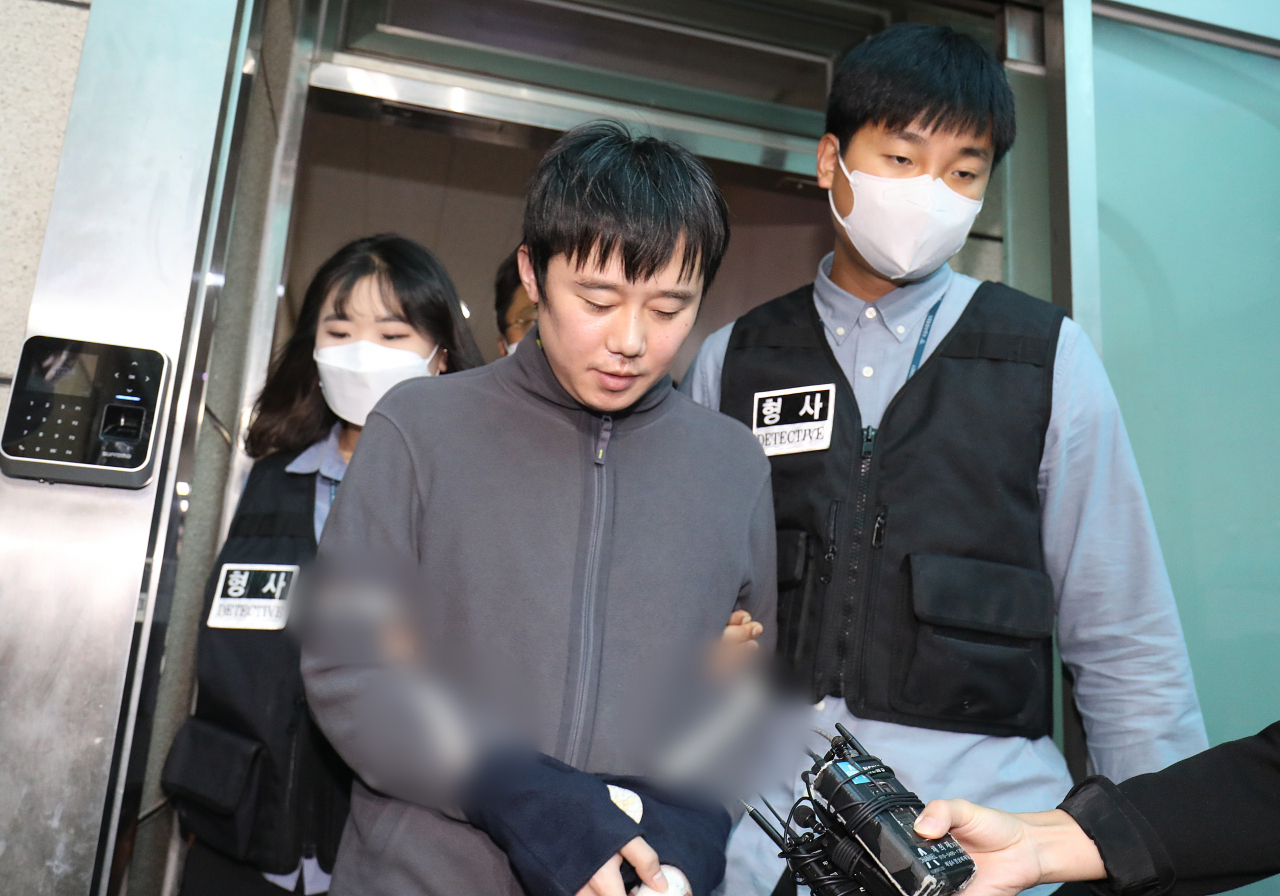 Jeon Joo-hwan, the suspect of a stalking and murder case that occurred at Shindang Station in Seoul Metro, is taken away to prosecutors by police officers, Sept. 21. (Im Se-jun/The Korea Herald)

Prior to the September murder, there was another murder in February that invoked questions on the stalking law’s limitations.

On Feb. 15, a woman who was under police protection was killed by her stalker minutes before police could come to her rescue. The killer was found dead the next day in an apparent suicide.

It was later revealed that police had requested an arrest warrant for the killer four days before the crime. But the request was turned down by the prosecution, which saw the need for more investigation to justify the stalking suspicion.

While the law stipulates “consistent or repeated” acts of stalking as being punishable, the victim had made a police report only once, four days before her death. 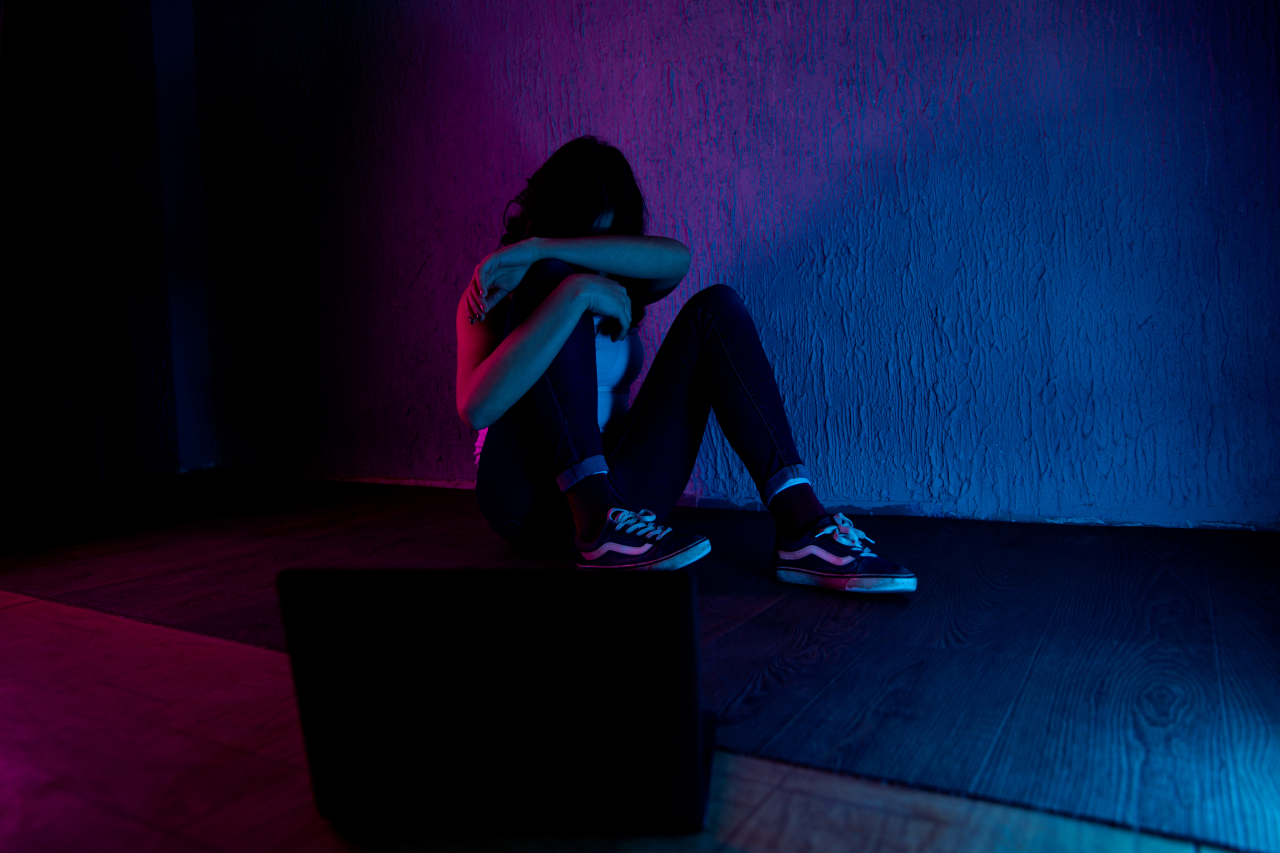 This photo is not directly related to this article. (123rf)

Another contentious issue regarding the law deals with the phrase “against the victim’s will.”

Stalking is described as the aforementioned five types of behaviors, done repeatedly or consistently and against the will of the subject of the actions.

“With the clause, the investigative body has to prove that the action of the accused is against the victim’s will, which could ultimately lead to more pressure on the victim,” Lee Hyeon-jeong, a professor of police administration at Shinhan University, wrote in his paper, “Problems and improvement measures of the ‘Act on the Punishment of Stalking Crimes.’”

Lee suggested revising the clause to “stalking crime refers to persisting such action despite being warned by the authorities, such as police, one or more times.”

He noted that despite its shortcomings, the enactment of the anti-stalking law is important in raising social awareness of the crime and the necessity of protecting the victim.

“Even if (the anti-stalking law) has some flaws, it has a significant meaning in that it is the first step toward making stalking crimes punishable,” Lee wrote.