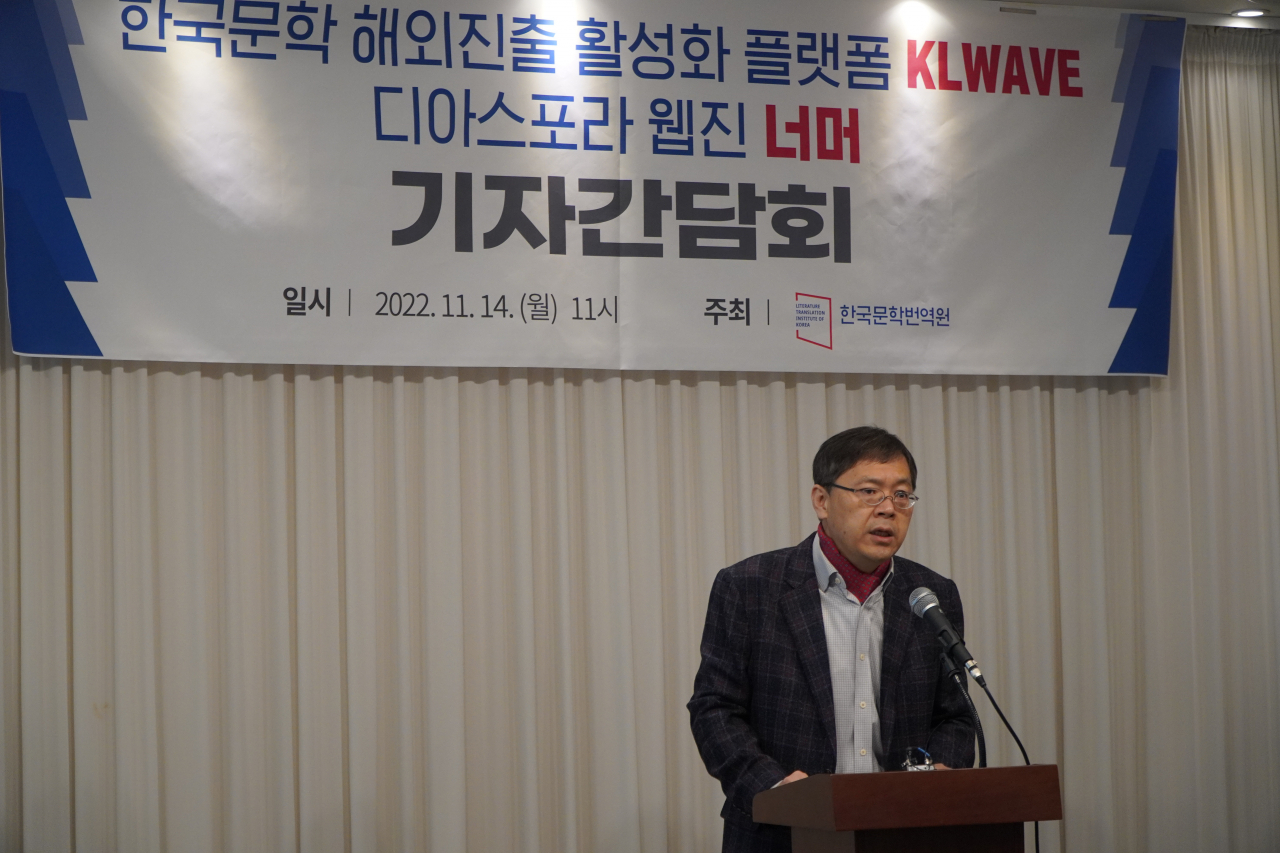 Kwak Hyo-hwan, president of the Literature Translation Institute of Korea, speaks at a press conference in Seoul Monday. (LTI Korea)

The Literature Translation Institute of Korea on Monday announced the launch of Korea Literature Wave, an online platform linking the country’s literature and the global market.

“Even though the interest in translation and Korean literature is growing, overseas publishers do not necessarily know which works to purchase, while domestic publishers do not know to whom they can sell,” Kwak Hyo-hwan, president of the LTI Korea, said during a press conference on Monday. “We hope the platform can resolve this information asymmetry,” he added.

KL Wave provides information on Korean authors, their books, copyrights, a sample of translation and contact information in both Korean and English. The website launched with a database of some 1,088 authors, 4,735 book titles and 39 translators and the database is expected to expand as more authors and publishers participate.

On the same day, the institute also unveiled the first issue of the Diaspora Webzine Nomo.

The inaugural edition, titled “The Future of Korean Diaspora Literature,” introduces new works by Koreans, both at home and abroad, foreigners, and North Korean refugees writing from all around the world, including Korea, the US, China, Japan, Kazakhstan, and Turkey.

The webzine, a quarterly magazine in English, aims to gather Korean-language literature from around the world and examine the diaspora literature from diverse perspectives.

Nomo, meaning beyond in Korean, offers in-depth analyses of the present state of diaspora literature, new short stories, poems, essays and introduction of works and writers of the diaspora literary canon.

"The activities of Korean writers are isolated by region and the webzine aims to expand the scope of Korean literature by providing a venue for those who write in Korean or who deal with the diaspora to connect with domestic literature,” Nomo editor-and-chief Lee Hyeong-kwon, said on Monday. “It can help supplement the K-culture boom,” he noted.

To discover new writers, LTI Korea will hold an annual short story, poem and essay contest. Short story winners will receive a prize of 5 million won ($3,780) while the winners in other genres will receive 3 million won each. Submissions for the first contest will be accepted until March 10, 2023.