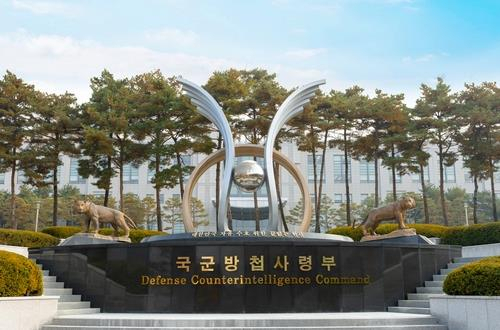 This undated photo shows the entrance of the unit. (Defense Counterintelligence Command)

A key South Korean military intelligence unit will be given additional areas of responsibilities, such as cybersecurity, to better protect the country's defense technologies, the defense ministry said Monday.

The ministry put on public notice a revision to a decree governing the operation of the Defense Counterintelligence Command, as it has been striving to shield the arms industry from potential technology thefts, cyberattacks and other threats.

Under the revision, the DCC will undertake four additional defense areas -- cyberspace, encryption, electromagnetic waves and satellites -- as the current DCC decree does not specify those areas, according to the ministry.

"We have taken into account the fact that the spectrum of security tasks has recently been going beyond the traditional domains, such as facilities, documents and conventional information and communications, to include cyber and outer space," the ministry said in a press release.

The revision came as South Korea has recently seen a jump in arms exports.

This year has seen South Korean defense firms cutting a series of arms deals with Poland and other countries to sell an assortment of weapons systems, like K9 self-propelled howitzers, K2 battle tanks and FA-50 light attack aircraft. (Yonhap)