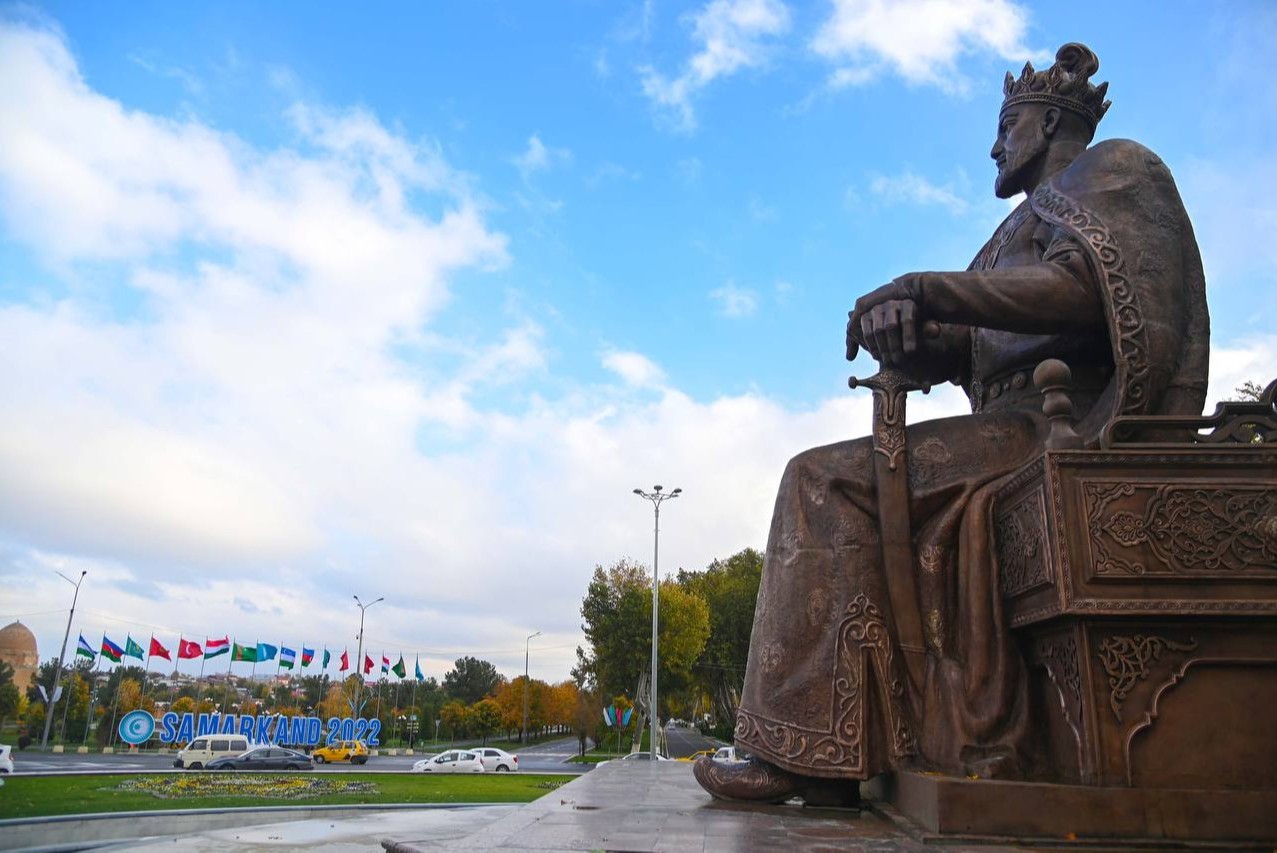 Samarkand set to host the Summit of the Heads of State of the Organization of Turkic States.(Embassy of Uzbekistan in Seoul)
Uzbekistan has a special significance among the global Turkic world, as it is one of the main countries of Central Asia. No issue in the region can be resolved without its participation.

The first summit of the Organization of Turkic States will be held in Samarkand on Nov. 11. At the summit held in Istanbul last year, the Turkic Council was renamed the Organization of Turkic States. The members of the organization are Azerbaijan, Kazakhstan, Kyrgyzstan, Turkey and Uzbekistan. Hungary and Turkmenistan have observer status in the OTS. Uzbekistan, the largest country in Central Asia by population, became a member of the OTS for the first time in 2019. Today, not only openness, but also the principle of multifaceted cooperation is a priority in Uzbekistan’s foreign policy. We see this first of all by how active Uzbekistan’s participation in regional and interregional integration processes has become.

At a high-level conference in Tashkent in 1996, it was decided that a Secretariat of the Turkic-Speaking Summit would be established, with its headquarters in Istanbul. The International Organization of Turkic Culture has been functioning under the auspices of the Cooperation Council of Turkic Speaking Countries since July 12, 1993. On Nov. 21, 2008, the Parliamentary Assembly of Turkic Speaking Countries was established in Baku. On May 25, 2010, the International Scientific Center for Research, Wide Study of Language and Literature, Deepening of Scientific and Educational Activities of the Turkic World – the International Turkic Academy – started operating in Astana. 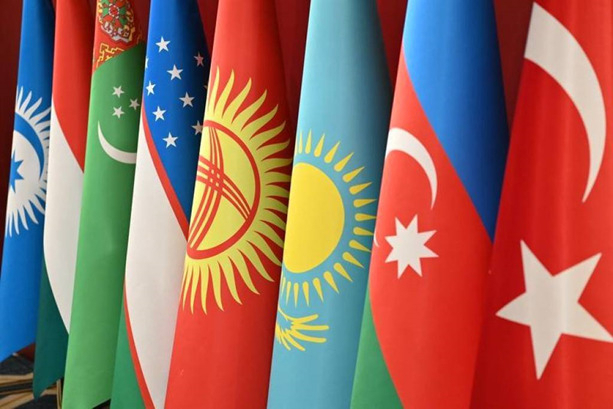 Flags of member countries of the Organization of Turkic States.(Embassy of Uzbekistan in Seoul)

Uzbekistan has been demonstrating dynamic socioeconomic growth in recent years. In this regard, it has huge untapped potential. But it is difficult for Uzbekistan to develop in the global political arena alone. Uzbekistan, located in the heart of Central Asia, has established close relations with all of its neighboring countries in the region and supports them. This is confirmed by the fact that Uzbekistan has a positive impact on the development of the OTS and actively participates in its activities at various levels.

The OTS has played an important role in the intensification of transit and transport links between the countries. For example, in July 2019, with the participation of the heads of the governments of Kazakhstan and Uzbekistan, the Beineu-Akjigit-Uzbekistan international highway at the border of Uzbekistan was opened. It created a shorter way for Uzbek products to enter the markets of Azerbaijan and Turkey. The consumer markets of Turkey and Uzbekistan are the largest among the member countries of the OTS. Therefore, the opening of optimal transport routes is considered an important direction for all OTS members.

The main goal of the OTS, located in the heart of Eurasia and covering a geographical area of about 5 million square kilometers, is to develop cooperation between member states in many areas, including foreign policy, economy, transport, customs, tourism, education, sports and media. This can be interpreted as strengthening peace and stability in the region. Uzbekistan’s accession to the OTS at the Istanbul summit in 2021 has opened up more opportunities than ever to promote regional and global peace, stability and prosperity.

During the creation of the structure, Uzbekistan was not only an active participant, but also one of its initiators. The wise foreign policy of Uzbekistan President Shavkat Mirziyoyev, aimed at strengthening open and constructive interaction with neighboring countries and several regional organizations, played a decisive role in establishing relations within the framework of the Turkic Council.

A historic step in this direction became the participation of the Head of the state as an honorary guest at the summit held in Cholpon-Ata on Sept. 3, 2018. On Sept. 14, 2019, Uzbekistan ratified the Nakhichevan Agreement and officially joined the structure in October of the same year.

At each summit within the framework of the OTS, President Mirziyoyev actively promotes several initiatives for the development of economic, investment, trade, transport-communication and logistics systems. He also promotes innovation, support for youth, improvement of the health care system, ensuring industrial cooperation and food security as well as pilgrimage tourism, which serves not only Uzbekistan’s economic development, but also the interests of cooperation of our peoples.

After all, the rapid development of these priority areas will serve the general well-being of the Uzbek people and improve its population’s standard of living. During the Samarkand Summit of the Organization of Turkic States, several documents aimed at improving the effectiveness of cooperation and strengthening multifaceted partnerships in several priority areas will be adopted. Meetings and dialogues will be organized to further expand relations in trade, economy, digital technologies, transport and communications, as well as cultural-humanitarian exchange.

Omonulla Muhammedjanov is a professor at Tashkent State University of Law. – Ed