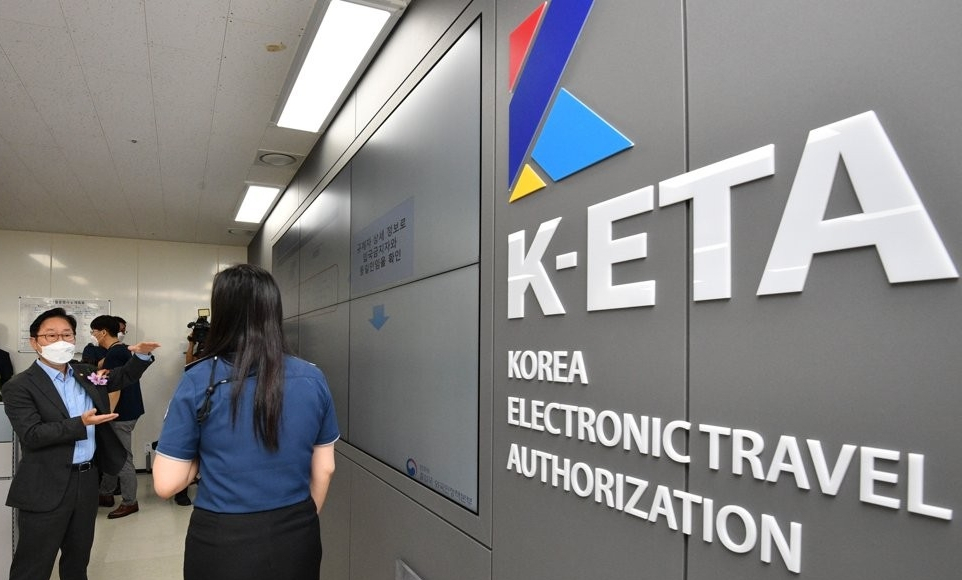 Over a year after an online travel permit system called the Korea Electronic Travel Authorization (K-ETA) for nationals of over 100 visa-waiver countries came into effect, international travelers’ experiences with the new system have been mixed, highlighting the need for consistency and transparency in the K-ETA’s application approval process.

The system was meant to speed up the entry process for travelers upon arrival here, while saving those who would be denied entry unnecessary travel.

Ailbhe Longmore, an Irish woman who has lived in Korea for a year, was looking forward to having her father and his partner visit her. He had applied for the K-ETA on a Tuesday evening for a Wednesday flight, but it was not approved until five days later. However, her father’s partner, who had applied for the K-ETA at around the same time, was approved in time for the same Wednesday flight.

“My father and his partner were meant to arrive in Korea on Oct. 20, but my dad was denied boarding because his K-ETA visa had not been accepted, but oddly his partner's had been. They rebooked their flight for the following day and my dad was still denied any entry because his visa (K-ETA) was still under review.”

In the end, Longmore’s father and his partner ended up canceling their trip.

“It was beyond upsetting for me because I hadn’t seen my family in a year and it was frustrating because one person’s visa was accepted and the other wasn’t,” she said.

Italian journalist Marianna Baroli said her request for a K-ETA took nearly a month to be approved.

“The flight price doubled and I had to review all the trips because I took days off from work earlier, so I lost days of holidays,” she said.

There were also people who had a positive experience, including Robert Abrams, a 61-year-old man from the United States who said his request was approved in less than an hour.

But on social media, complaints could be easily found from travelers who had planned a trip to Korea but had to either change their plans or cancel their trips due to the K-ETA application process. Many among those affected appeared to be from Southeast Asian countries.

"We planned for a trip to Korea months ago, bought our tickets, and booked our hotel, only to have our plans, with high probability, foiled by the K-ETA application," one Twitter user wrote.

A British national named Perry shared his experience falling victim to a scam in his last-minute attempt to get the K-ETA.

“My original flight was on the weekend, and I was trying desperately to get the K-ETA to enable me to check in. I ended up paying around 55 pounds ($63) to one of those scam websites. I only found out later that it wasn't the official website,” he said.

“It is now very clear about the K-ETA, but when I traveled it wasn't that clear. I think because the K-ETA was launched during COVID, if you googled ‘South Korea entry requirements,’ then nearly all the results were about PCR tests,” the British recalled.

South Korea’s Foreign Ministry warns of such scams on its website, saying that it has “not designated any application agencies for K-ETA." It reiterates that the basic K-ETA fee is 10,000 won ($7.15), with no additional fees.

Complaints over the K-ETA were among the key issues brought up by an association of Korean travel agents during their rally last month in front of the National Assembly in Seoul.

Calling on the parliament and the government to pay attention to the dire conditions in which local travel agencies are in after their business was crushed by two years of the pandemic, members of the Korea Association of Travel Agents made several demands, including the immediate abolishment of the K-ETA.

“The K-ETA is only hurting the attractiveness of Korean tourism,” KATA leaders claimed during the rally.

In a statement to The Korea Herald, the Ministry of Justice said the system will remain intact, irrespective of the pandemic and despite complaints.

“The K-ETA is designed to help foreigners enter the country quickly and conveniently by preventing those who would be denied entry or be on a long waiting list for an interview from boarding a plane at home,” it said.

The ministry added it encourages people to apply for the travel permit at least 72 hours before boarding.

As of July, nationals of 104 countries are eligible for the K-ETA, which can be applied for online. Those who have had their passports reissued or their personal information changed need to reapply for a K-ETA, according to the ministry.