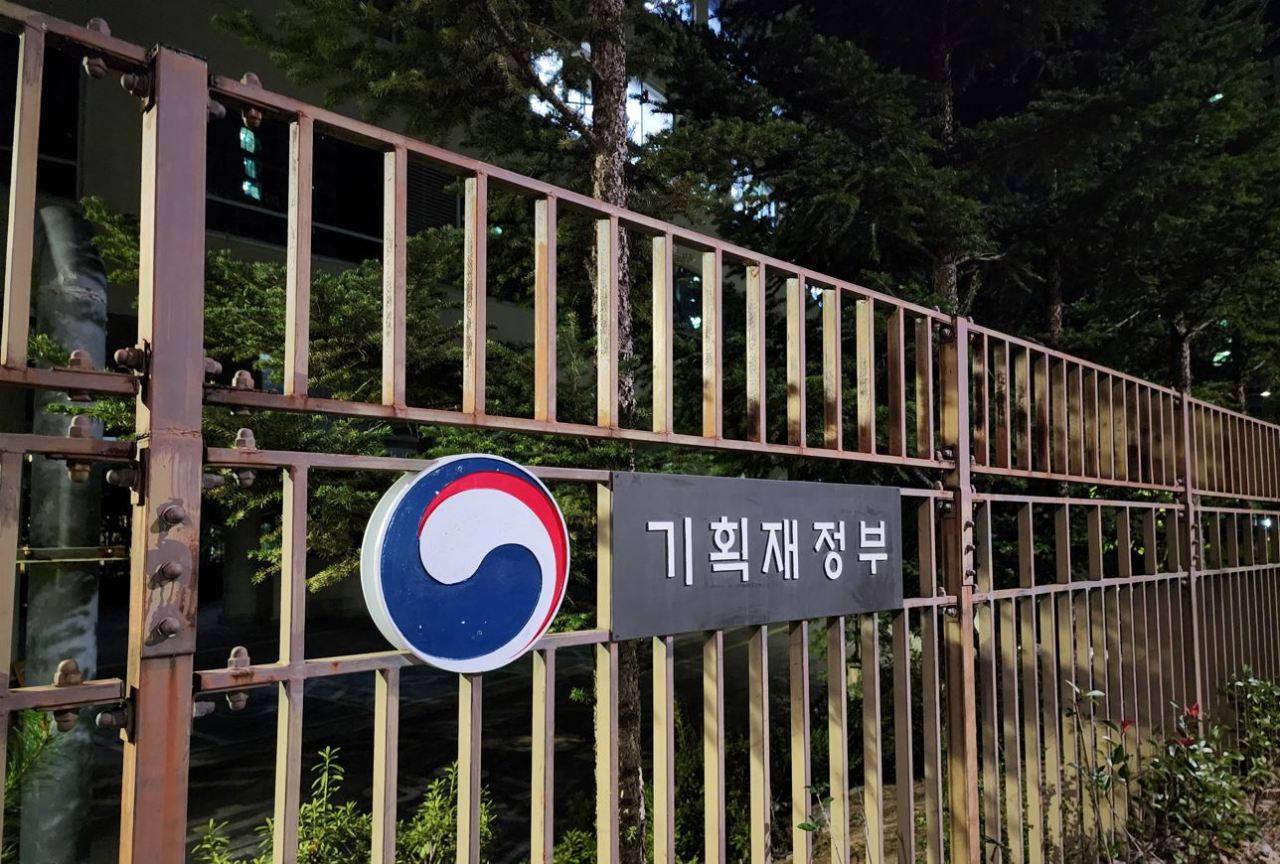 Signboard of the Ministry of Economy and Finance at Government Complex Sejong (The Korea Herald)
SEJONG -- The nation’s top economic policymaker on Friday unveiled plans to help facilitate investments in cash-strapped startups, suggesting hefty tax benefits for both corporate and individual investors.

At a ministerial meeting in Seoul, Deputy Prime Minister and Finance Minister Choo Kyung-ho pointed to the situation whereby the private sector’s investments in startups have contracted in the wake of externally and domestically unfavorable factors in the economy.

“Venture startups have been highly dependent upon the government-led support,” he said. “In a bid to spur capital influx to the (startup) sector, (the Finance Ministry and relevant ministries) are planning to foster an (advantageous) foothold for private funds, to be invested in the creation of startups.”

The Finance Ministry said it would provide local corporations investing in the sector with a tax deduction of 5 percent of the investments. It added the corporations would enjoy additional tax breaks as well.

Individuals will enjoy an income tax deduction by 10 percent of their investments as well as an exemption from capital gains tax when they sell off stake in the startups, the ministry said.

Some market insiders say the policy is aimed at seeking a niche amid the situation in which the nation is suffering sagging exports and trade deficit from China’s economic slowdown, a spike in international raw material prices and the US dollar’s strong position.

Minister Choo also said the government will pay more attention to the shipping industry in terms of bolstering competitiveness in the global stage and securing stable logistics channels in exports and imports.

“The shipping sector was brisk for a certain period during the COVID-19 pandemic. But uncertainty is growing over the industry, as shipment charges have recently declined due to spreading worries over global economic slowdown,” he said.

Choo pledged to take preemptive measures against the changed situation in the industry, saying that the action will include mobilizing a contingency fund worth up to 1 trillion won ($705 million) and offering a special warranty to vessels of small and medium-sized sipping firms.

Policymaker will also expand support for the development of eco-friendly and digital-based technologies to raise the competitiveness of the local shipping sector, he said.