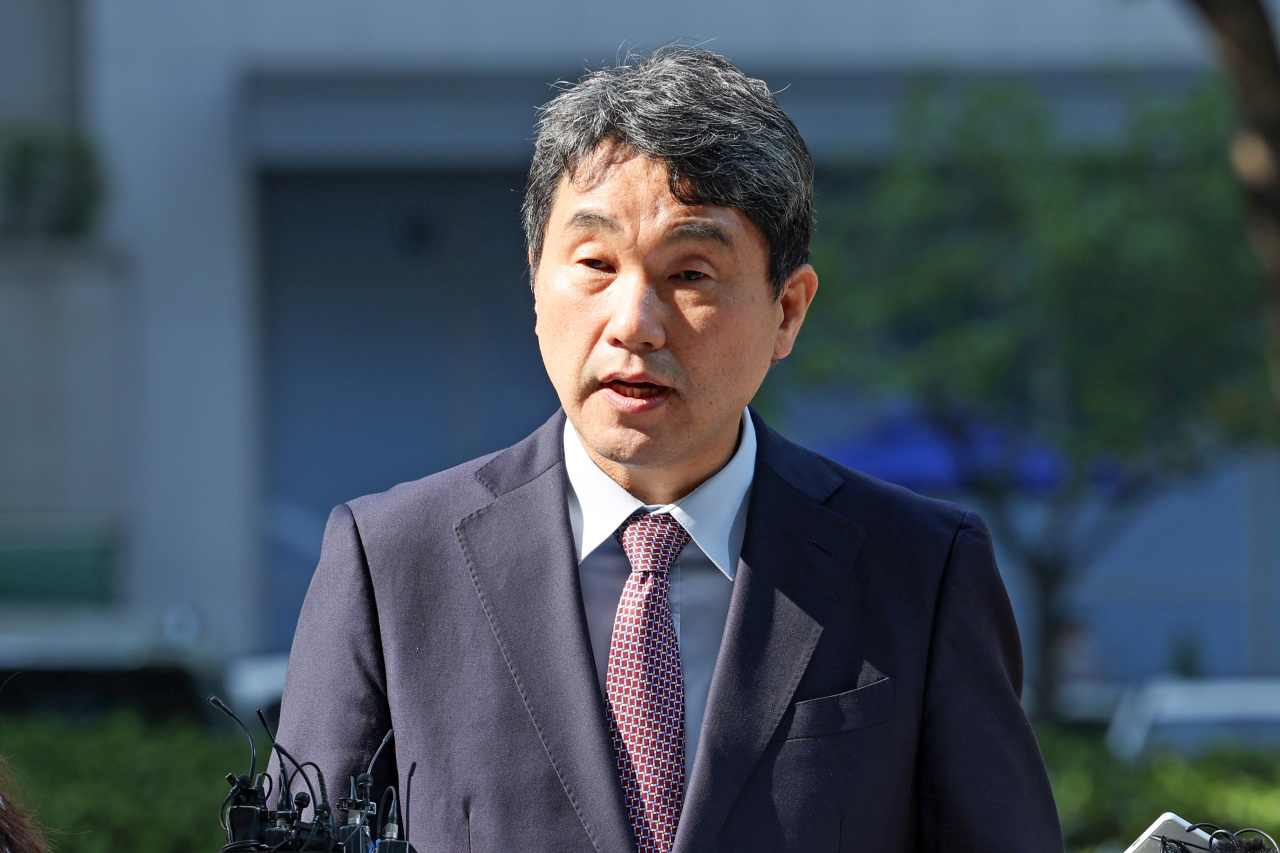 Deputy Prime Minister and Education Minister nominee Lee Ju-ho speaks to the press on his way to the office at the Korea Institute of Educational Facility Safety in Seoul on Sept. 30. (Yonhap)

Deputy Prime Minister and Education Minister nominee Lee Ju-ho will be challenged over inappropriate funding, past education policies and more at a confirmation hearing slated for Friday.

In addition to the allegations, an ongoing investigation concerning key figures in the main opposition Democratic Party of Korea, which has brought the parliamentary audit process to a halt, appears likely to affect the confirmation hearing process.

If Lee takes the post, he will be returning to the post after about 10 years. The Education Ministry's previous head, Park Soon-ae, left the position in August.

Over the past weeks, Lee has been attacked for receiving inappropriate funds and ties to education technology companies.

Lee has been a strong advocate of artificial intelligence-assisted education, arguing for the introduction of more tech tools in classrooms. It was recently revealed he received political funds from figures in the edutech industry while running for the Seoul education superintendent position last year.

Additionally, Education Commission Asia, a committee which Lee was the chairman of before being nominated for the post, received funding worth 300 million won ($208,000) from an edutech company.

Though Lee has explained that all of the funds were duly received and he has pledged that he would never represent the interests of certain groups as the minister of education, Lee will likely be questioned over inappropriate ties to the edutech industry at the hearing.

Lee was also criticized for encouraging the widening gap in private education expenses while he was the head of the now-split Ministry of Education, Science and Technology during the Lee Myung-bak administration.

Like many ministers and nominees, his family matters will also be questioned at the hearing.

Kim In-chul, who was first nominated to be education minister under the current Yoon Suk-yeol administration, stepped down from the confirmation process after allegations surrounding him and his family members were raised.

The nationality of Lee’s daughter has created a controversy here, where some frown on holding dual nationality.

Lee’s daughter decided to keep her US citizenship while he was the vice minister at the Education Ministry in 2010. She is currently a professor at a university in the US.

Though she kept both her US and Korean citizenship under the revised law, Lee possibly consenting to his daughter maintaining dual nationality while he was a high-ranking official at the government could be met with criticism.

Lee has also been accused of having his daughter participate in a research paper project that he led at the Korea Development Institute School of Public Policy and Management.

He explained his daughter participated in the paper as a “fellow scholar” and they did not receive public funds on the project except for a KDI scholarship.