Looking at greenery helps relieve stress, several studies have found. If you are tired of spending your days looking at grey, concrete buildings, here are some places to visit for instant relaxation with plants. 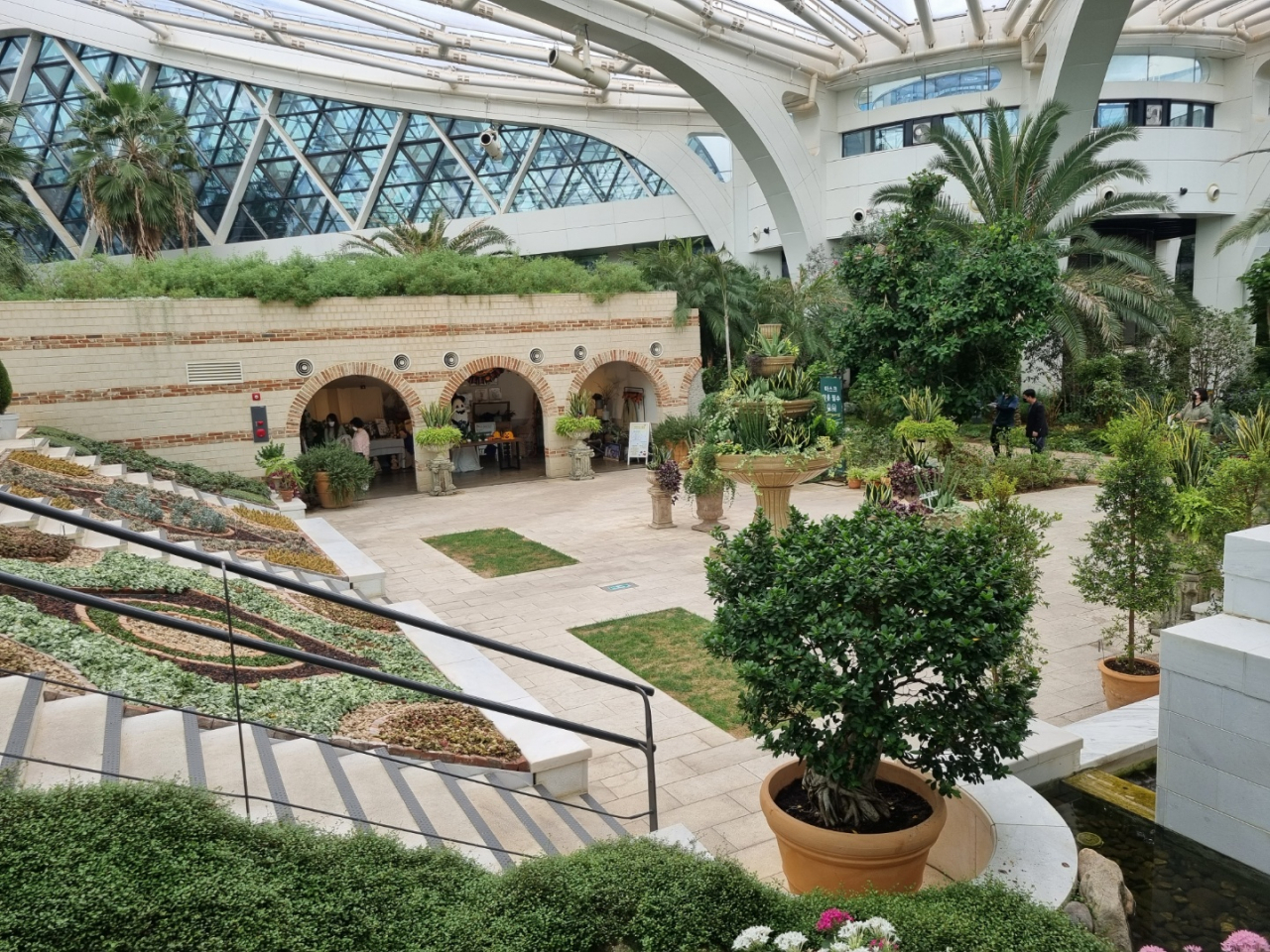 Located in Magok, in western Seoul's Gangseo-gu, the Seoul Botanic Park boasts some 4,500 species of trees, flowers and bushes. Since its opening in 2019, the park has been a magnet for travelers and locals alike.

One essential stop all year round is the park's greenhouse, which consists of 12 gardens named after 12 cities around the world. They include Jakarta (Indonesia), São Paulo (Brazil), Barcelona (Spain), Perth (Australia), and Istanbul (Turkey) and are grouped into two by climate characteristics --- the Mediterranean or tropical.

The greenhouse has a sky walk installed overlooking gardens on the ground, which allows visitors a full view of variety plants.

Except for the indoor botanical greenhouse and exhibition spaces in the building, the gardens and facilities outside, including a lake and green parks, are free of charge.

According to the park’s website, the mission of the Seoul Botanic Garden is to conserve and breed endangered plants to promote ecological balance and create a natural refuge amid the urban landscape of Seoul. 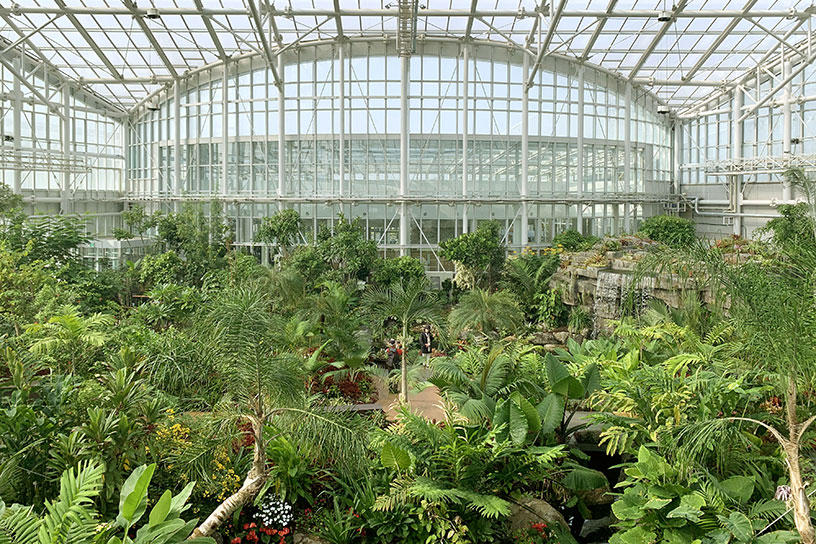 The Sejong arboretum, with the size of 90 football fields put together, is the first national arboretum situated at an urban center.

The 65-hectare arboretum in Sejong, about 120 kilometers south of Seoul, features 1.72 million plants from 2,834 species in 20 various thematic exhibition gardens, where visitors can get a glimpse into Korea’s traditional and modern garden culture.

Its key facility is Four Seasons Conservatory which is designed to exhibit green plants all year round.

There's a Korean traditional garden which features a replica of the backyard of Changdeokgung, arguably the most beautiful palace garden in Korea.

Unique features of this arboretum includes the “aquatic plant garden walk” which is a 2.4-kilometer waterway from the recharge area of Geumgang River that circles the arboretum. It presents a variety of different scenes by season and time.

Until Oct. 29, the arboretum will be open until late as 9 p.m. every Friday and Saturday. 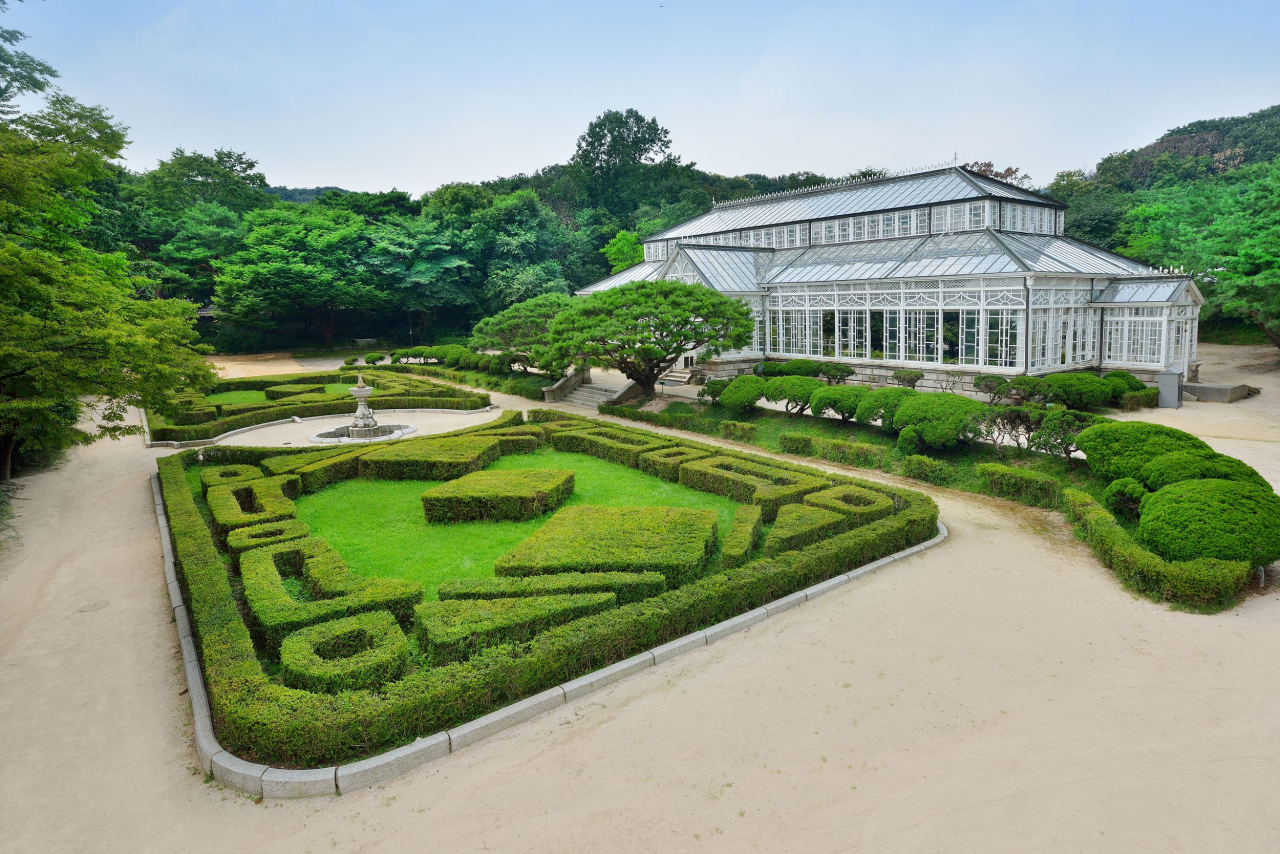 Built in 1909, Changgyeonggung Green House is the country’s first western style greenhouse. Located inside of Changgyeong Palace in Jongno-gu, the greenhouse was designated as national cultural property in 2004 in recognition of its historical value and architectural significance.

In front of the building, a small maze garden and a renaissance style fountain are situated.

The greenhouse is a 10.5-meter-high steel structure with glass windows and roofs covered with plate glass.

Currently, the greenhouse is used as a space for exhibiting natural monuments and wildflowers. There are also native plants of Ulleungdo and Dokdo, such as Dongbaek flower, Camellia japonica.

Because of its relatively small size, the greenhouse doesn’t feel grand or fancy, but it has its own classy and elegant vibe.

The greenhouse holds a dark history surrounding its foundation. The Japanese demolished the temples in Changgyeonggung to open a zoo and the botanical garden during their occupation. Their ulterior motive was to degrade the authority of the Joseon-era palace.