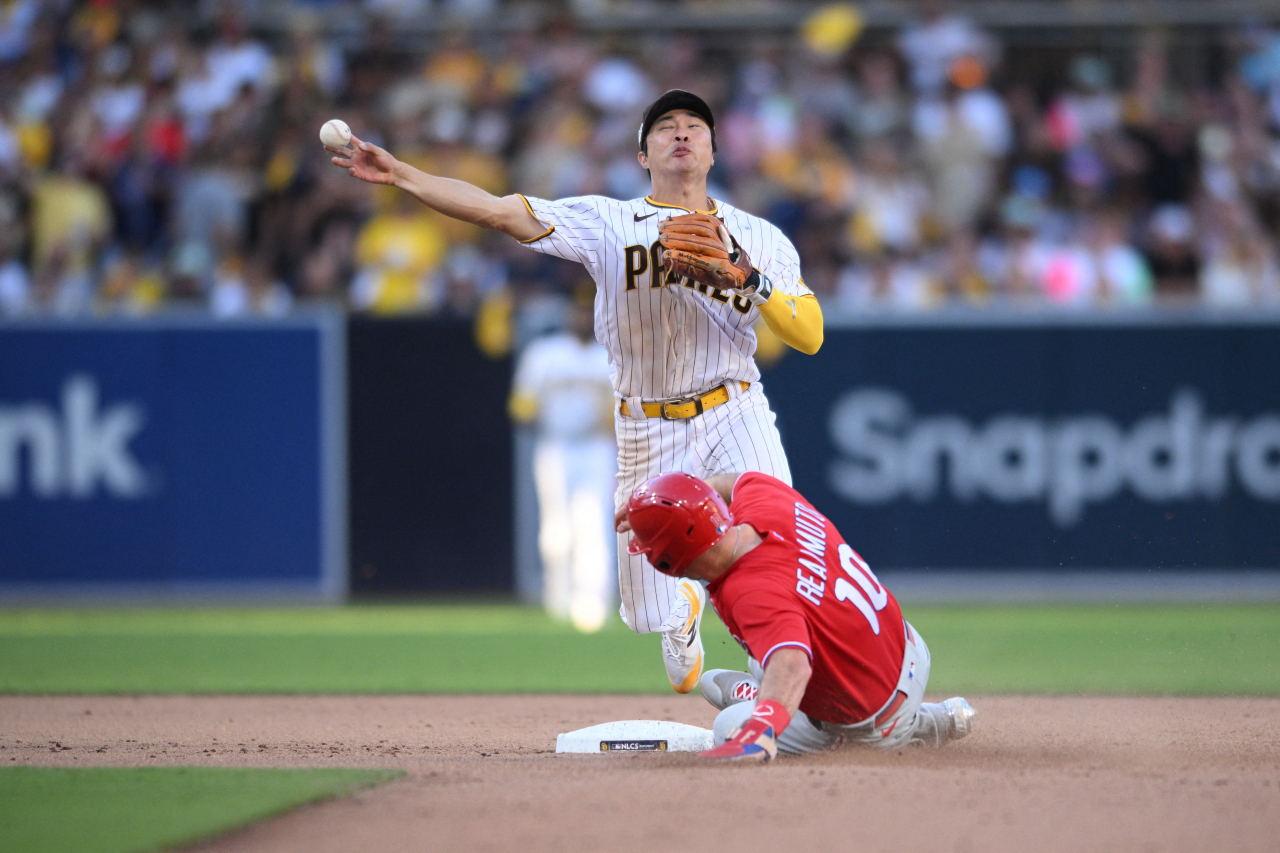 In this USA Today Sports photo provided via Reuters, San Diego Padres shortstop Kim Ha-seong (left) throws to first to complete a double play against the Philadelphia Phillies during the top of the eighth inning of Game 2 of the National League Championship Series at Petco Park in San Diego on Wednesday. (Yonhap)

Major League Baseball announced finalists for the top fielding award at each position on Thursday. Kim is up against Dansby Swanson of the Atlanta Braves and Miguel Rojas of the Miami Marlins.

Kim stepped in for the injured and suspended Fernando Tatis Jr. as the Padres' everyday shortstop in his second MLB season. Per Baseball Reference, Kim ranked sixth among all NL shortstops with a 2.1 in defensive wins above replacement (WAR), behind Rojas (2.6) but ahead of Swanson (2.0).

In Outs Above Average, which measures how many outs a player has saved, Swanson led all MLB shortstops with 20, whereas Kim had six and Rojas had 10.

Per FanGraphs, Kim ranked third among NL shortstop with +10 defensive runs saved, which looks at the number of runs a player saved or cost his team relative to an average player. Rojas led the way with +15 and Swanson had +9.

The Gold Glove winners are determined by votes from 30 MLB managers and up to six coaches from each team. They will vote from a pool of players in their league, but not those from their own team. These votes comprise 75 percent of the selection total, with the Defensive Index by the Society of American Baseball Research counting for the other 25 percent.

No South Korean player has won a Gold Glove Award. Kim is the first South Korean finalist since Choo Shin-soo was up for the American League Gold Glove in right field in 2012. (Yonhap)