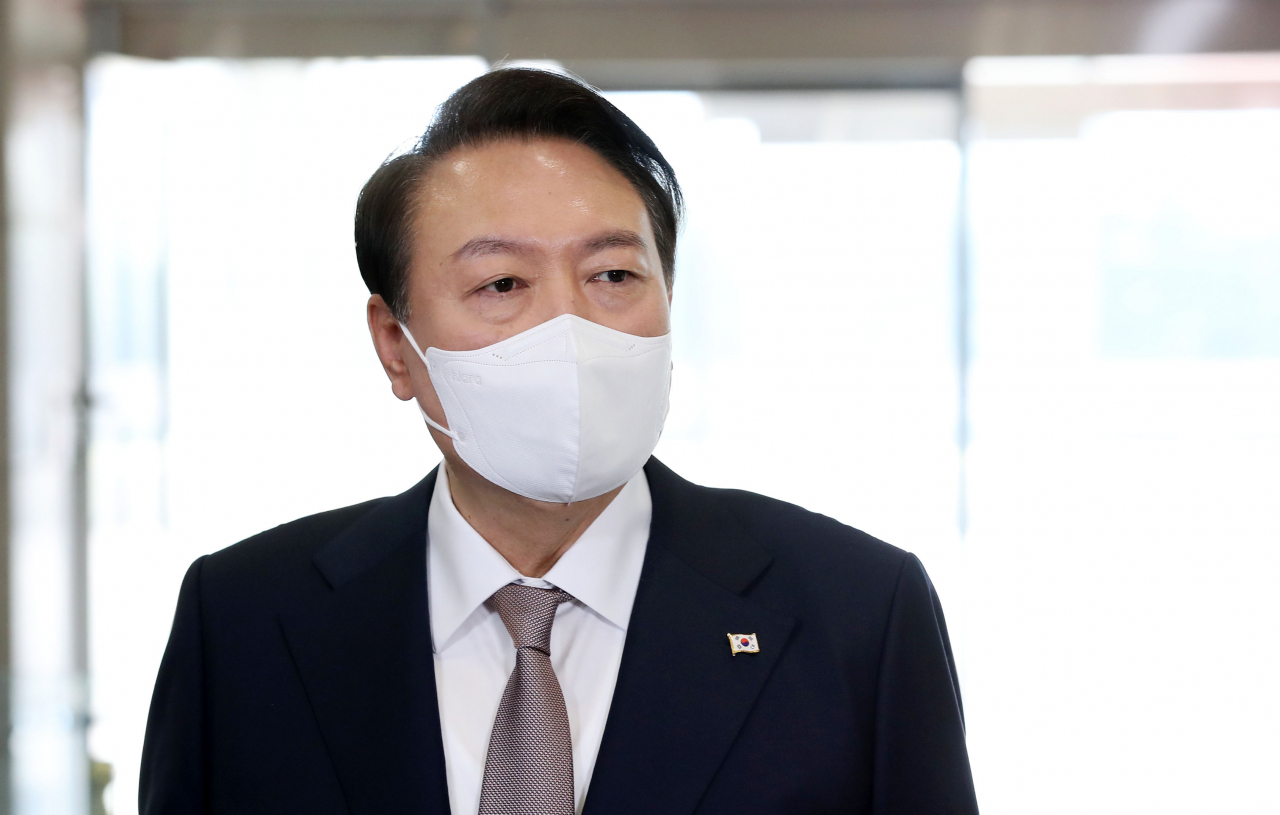 President Yoon Suk-yeol speaks to reporters at the presidential office in Seoul on Thursday. (Yonhap)

President Yoon Suk-yeol lamented the recent death of a young worker at a bread factory Thursday, saying it was "truly regrettable" and that he has instructed officials to determine the details of the incident.

A 23-year-old worker at a factory affiliated with food and beverage giant SPC Group died Saturday after getting caught in a mixer at the plant in Pyeongtaek, 65 kilometers south of Seoul, according to police.

Her death prompted an outpouring of grief among the public as questions arose about whether the company followed safety protocols and she was found to have been the breadwinner of her family consisting of her mother and younger brother.

"It's such a regrettable accident," Yoon told reporters as he arrived for work, relaying what he had read in the press about how people were enraged by the fact that the factory appeared to be running the mixer again even before an investigation into the accident was completed.

"Laws and systems and profits are all good, but we're all living in the same society, and shouldn't our society operate with employers and workers showing each other the minimum consideration of looking after each other as fellow humans?" he said.

"It really is a truly regrettable incident and so I gave orders this morning to determine the circumstances behind this," he added.

Yoon's office had said Sunday that the president expressed his condolences to the victim's family and ordered officials to determine the exact circumstances and whether there were any "structural problems" involved. (Yonhap)