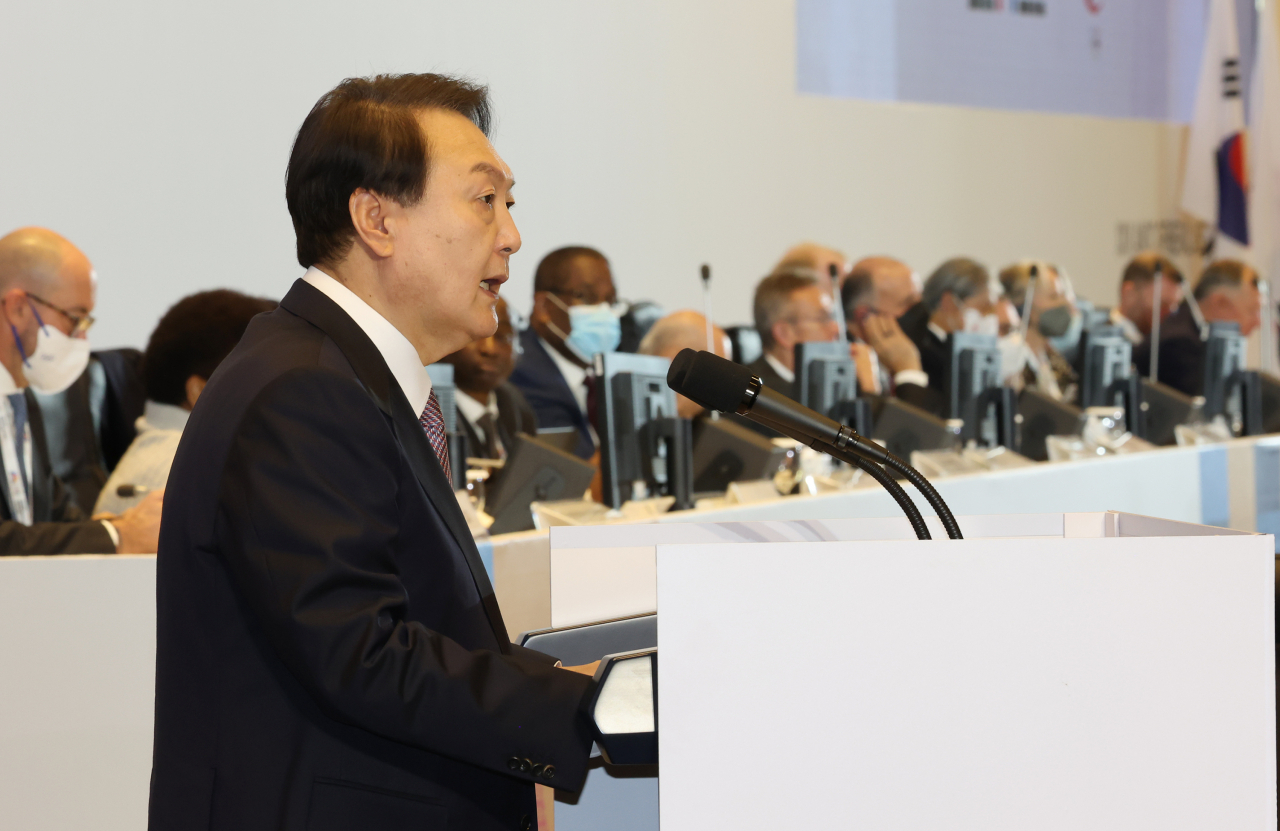 President Yoon Suk-yeol said on Wednesday that the spirit of freedom and solidarity pursued by the Korean government is no different from the spirit of the Olympics, adding that global challenges should be overcome with the Olympic spirit.

“We will do our best to bring the spirit of freedom and solidarity into the overall sports field and do our best to contribute to the international community through sports,” Yoon said in a keynote speech at the 26th General Assembly of the Association of National Olympic Committees in Seoul.

The ANOC General Assembly is the largest conference in the international sports world, likened to the United Nations General Assembly of sports. It was held for the first time in 16 years, following previous sessions in 1986 and 2006.

Yoon repeatedly stressed “freedom” and “solidarity” at the meeting, as he has at other local and international events.

“We should overcome these threats and challenges based on the Olympics' spirit of promoting human development and world peace,” Yoon said, adding the international society should work together to continue the efforts of freedom and solidarity through sports.