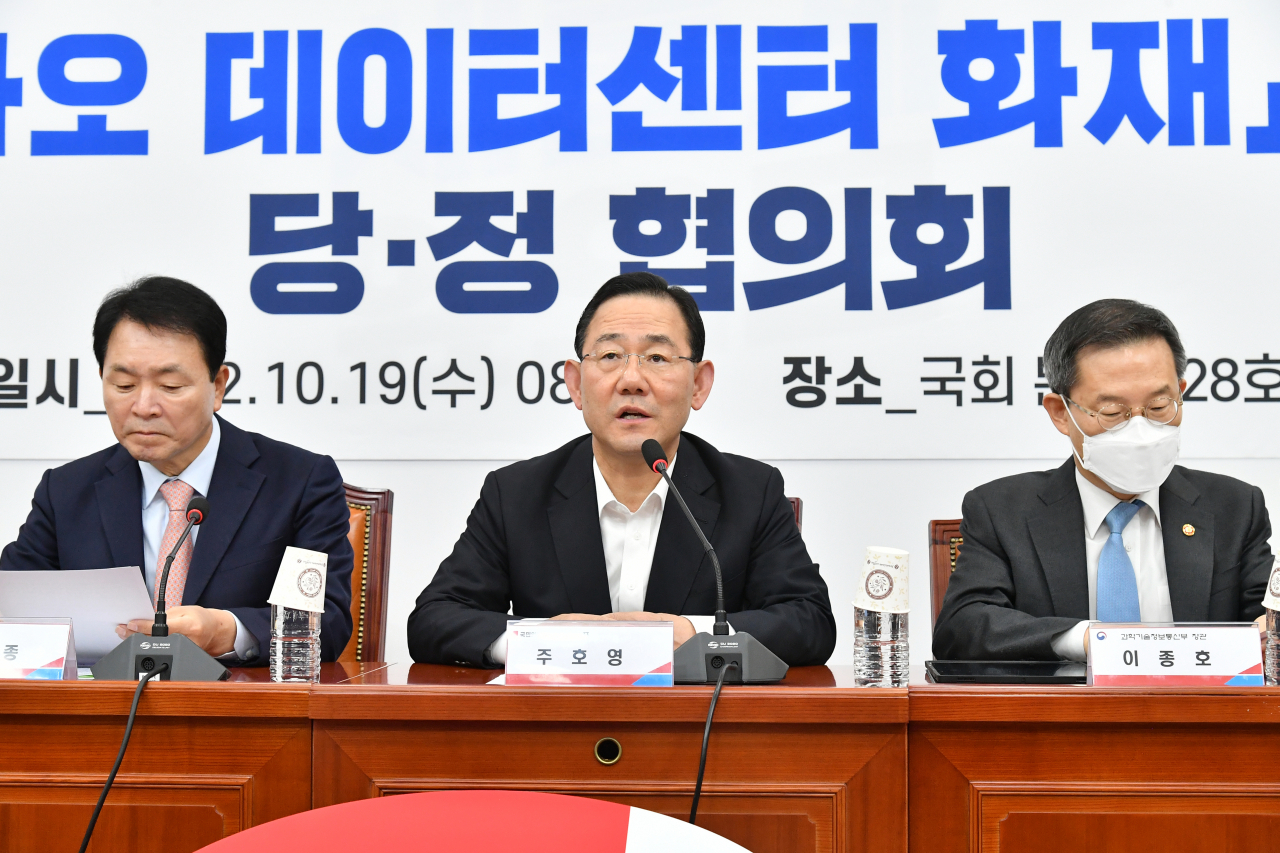 The ruling People Power floor leader Joo Ho-young speaks during a policy consultation meeting with the government over the recent service outage case of Kakao Corp. at the National Assembly in Seoul on Wednesday. (Yonhap)

"I was shocked that Kakao, with nine out of 10 citizens as its customer, managed data so poorly and was not prepared for such a disaster," PPP floor leader Joo Ho-young said in a policy consultation meeting with the government.

KakaoTalk, South Korea's top mobile messenger, ground to a halt on Saturday afternoon after a fire broke out at a data center, causing a server outage that suspended everything from everyday communication on KakaoTalk to ride-hailing and public services tied to the app.

Earlier Wednesday, SK C&C, which hosts the data center, said it has resumed the full supply of electric power to the tech firm's disrupted servers, a move expected to lead to the complete normalization of Kakao services.

Joo called on the government and the National Assembly to devise measures to prevent similar incidents, saying they also hold responsibility for the service outage.

The PPP will work to reduce the side effects prompted by some companies' excessive expansion and monopolization of businesses, the party's top policymaker Sung Il-jong said.

Sung also urged Kakao to swiftly assess the damage caused by its service disruption and create a compensation plan.

On Tuesday, PPP said it will push for bills to strengthen the government's oversight of data centers and require communications companies to operate a duplicated backup system at a different data center so as to prevent a similar incident from happening.

"The government is viewing the case seriously, as a problem with the safety of a major communications system, such as Kakao, in the country not only causes inconvenience in people's daily lives but also paralyzes economic and social activities, as we have experienced," Minister of Science and ICT Lee Jong-ho said. (Yonhap)