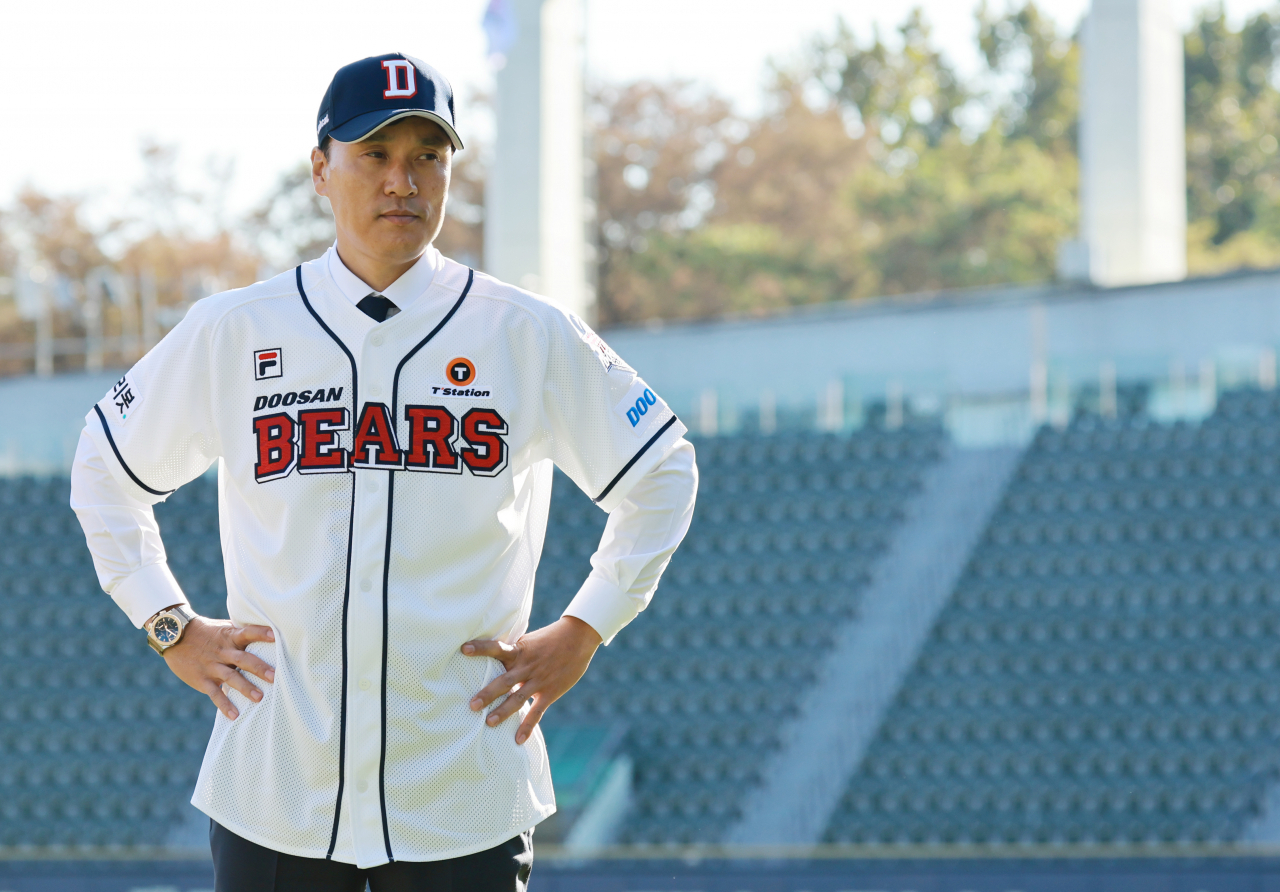 They are two of the most iconic names in South Korean professional baseball history, and they have been close friends for many years. And starting in 2023, Lee Seung-yuop and Park Jin-man will go toe-to-toe as opposing managers in the Korea Baseball Organization (KBO), hoping that their rivalry will give the top league a much-needed jolt.

On Tuesday, the Samsung Lions removed the interim tag on Park and gave him a three-year contract as the full-time manager. Mere hours later, the inauguration ceremony for Lee as the new Doosan Bears manager took place in Seoul, four days after Lee had signed his own three-year deal.

Lee and Park are among the all-time greats. When the KBO unveiled its "40 Legends" team earlier this year to celebrate its 40th anniversary, the two had their well-deserved places on the list.

Lee is the career home run leader with 467 and owns a slew of other offensive records. Park is one of the finest defensive shortstops ever, someone who won multiple Korean Series titles and Olympic medals with his glove.

And the two also happen to be close friends. Both were born in 1976 -- Lee is about three months older -- but Lee broke into the KBO a year before Park in 1995. Though they were never teammates in the KBO, they shared some memorable moments together on the national team, most notably winning the gold medal together in Beijing in 2008 and the bronze medal in Sydney in 2000.

The friends will now battle each other as managers. The Bears and the Lions don't have much in the way of a natural rivalry, but starting next year, their matchups will be a rare occasion where managers just might overshadow players on the field.

"Hopefully, manager Park and I will be part of the youth wave among managers and put fans back in the seats again," Lee said at his inaugural press conference. "We've been great friends for a long time, but I will have to put my team ahead of our friendship. I am sure he will be doing the same for his team."

After being named the full-time manager, Park said he was worried that his promotion would take away from what should have been Lee's day.

"It's a strange feeling to be promoted the same day Lee Seung-yuop is having his inauguration," Park said. "We've been close friends for a long time. We've long shared the same set of values in baseball."

Park too said he hoped the two new managers' rivalry will help revive the KBO.

"It's really a matchup between the two teams, not the two of us. But if fans enjoy watching us manage against each other and it becomes a main attraction in the KBO, it will be a big honor for me," Park said, "We will try to put on entertaining shows for our fans."

Lee has never coached or managed anywhere before. Park has been a fielding coach and a minor league manager before serving as the Lions' interim manager for the final two months of this season. The Lions had the KBO's best record from Sept. 1 to the end of the season on Park's watch. (Yonhap)